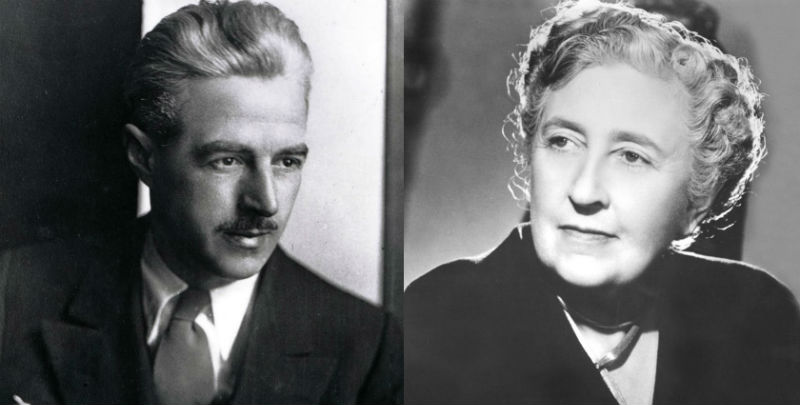 Who Wrote It: Agatha Christie or Dashiell Hammett?

Quiz: Can You Tell the Queen of Crime from the Godfather of Noir?

Admit it: you’re thinking this cockamamie quiz is going to be easy, right? You’re thinking, there’s Agatha Christie, the Queen of Crime, the creator of Miss Marple and Poirot with his little grey cells, and then there’s Dashiell Hammett, the godfather of noir who wore a trench coat to bed and created Sam Spade and the Continental Op in between back alley fights and testy congressional hearings. And never the twain shall meet.

Sure, the two writers are legendary in two very different sectors of mystery world, and both have distinct legions of adoring readers, but they have more in common than you might think. Both believed in the power of a precise and unadorned prose and went about executing it with a studied elegance. They were admirers of complicated cons and schemes and sharp observers of the monied criminal classes, and they were always ready with a swift, evocative characterization for the mysterious man or woman who just entered the room.

In fact, their writing styles were at times…pretty similar.

It’s our theory here at CrimeReads that the apparent gulf between these iconic authors is not so wide as it first seems. With that in mind, we’ve created a brief quiz. The rules are simple: read 25 quotes, and for each write down whether you think it was written by Agatha Christie or Dashiell Hammett. Then check below for the answers and tally up your score. The sharpest sleuths win the highest honors.

WHO WROTE IT: AGATHA CHRISTIE OR DASHIELL HAMMETT?

2. “When a man is really in love he can’t help looking like a sheep.”

3. “I always think loyalty’s such a tiresome virtue.”

4. “Talking is something you can’t do judiciously unless you keep in practice.”

5. “Imagination is a good servant, and a bad master.”

6. “A cunning gleam came into his one open eye as he looked at the lighter. The gleam was not sane.”

7. “What disturbed him was the discovery that in sensibly ordering his affairs he had got out of step, and not into step, with Life.”

8. “A woman who doesn’t lie is a woman without imagination and without sympathy.”

9. I’m too busy trying to see that you don’t lose any of the money I married you for..”

12. “Liking is more important than loving. It lasts.”

13. “The amount of missing girls I’ve had to trace and their family and their friends always say the same thing. ‘She was a bright and affectionate disposition and had no men friends’. That’s never true.”

15. “At the small table, sitting very upright, was one of the ugliest old ladies he had ever seen. It was an ugliness of distinction—it fascinated rather than repelled.”

17. “The people who lie the most are nearly always the clumsiest at it, and they’re easier to fool with lies than most people, too. You’d think they’d be on the look-out for lies, but they seem to be the very ones that will believe almost anything at all.”

18. “It’s like all those quiet people, when they do lose their tempers they lose them with a vengeance.”

19. “I certainly wish you would have invented a more reasonable story.”

20. “Conversations are always dangerous, if you have something to hide.”

21. “A weak man in a corner is more dangerous than a strong man.”

23. “Be still while I get up or I’ll make an opening in your head for brains to leak in.”

24. “What I feel is that if one has got to have a murder actually happening in one’s house, one might as well enjoy it, if you know what I mean.”

1 – 5: Greenhorn
Your heart is in the right place, dear mystery reader, but you’ve much to learn.

6 – 10: Miles Archer
You have your PI license but you’re probably not going to make it very far.

11 – 15: Pinkerton
You’re an effective sleuth, but you’re still a cog in a corporate machine.

16 – 20: Sam Spade
You know your mystery literature and you don’t take guff from anyone.

When Dell Flipped on Mystery Readers 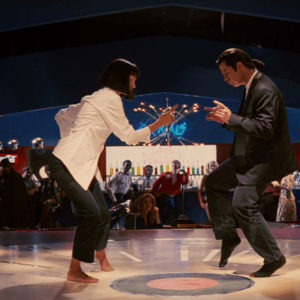