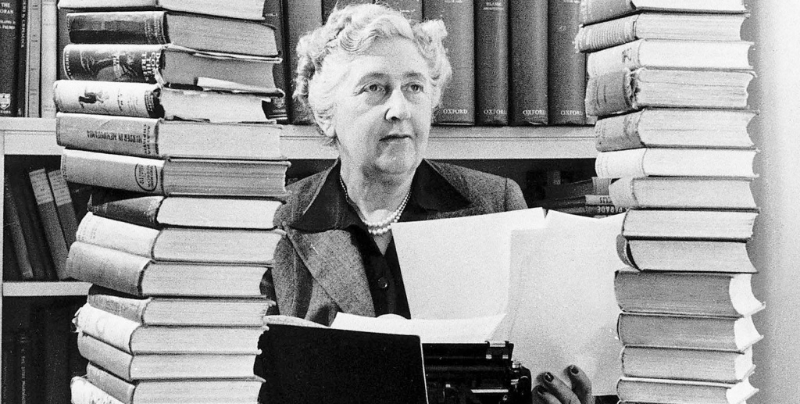 This is the great joke: Agatha Christie was not interested in murder. She was interested in “English murder,” which is a different thing, relating to the human dynamic rather than the act of violence. She has been criticized for failing to show the effects of murder, the blood and gore and grief; but naturally she does not show these things, because they were not her subject. Similarly it has been said that the murders she describes could never happen in actuality. In real life, nobody would kill by dropping a quern through a window onto their victim’s head; they would not give themselves an alibi by having their wife masquerade as a dead body, nor would they plan a murder by running around a ship deck then shooting themselves in the leg to appear incapacitated: these things cannot happen. But then, Agatha never thought they could. Why would anyone imagine that she intended these plots to be seen as credible events? They were “animated algebra,” a puzzle to be solved.

Raymond Chandler’s criticisms of And Then There Were None are totally accurate: “It is as complete and shameless a bamboozling of the reader as ever was perpetrated. And I won’t go into the mechanism of the crimes, most of which were predicated on pure chance, and some actually impossible.” All true. But all, in a way, sublimely irrelevant. The puzzle in Agatha Christie has nothing to do with the actual fact of murder: the fact that a murder might be a physical near-impossibility does not affect the puzzle. It is there to be solved, not to be compared with reality. And what is being solved is not the act of murder, but the human dynamic. That is where the reader seeks clarity: within the suspects, the characters, the people.

Now this, of course, is the opposite of the accepted view, which says that Agatha Christie writes brilliant puzzles devoid of insight into either emotion or character. Her books are still read because readers want to solve the puzzle; having done so, they do not read the book again; or, if they do, it is because they are guiltily fascinated by the image of a vanished era in which servants are adenoidal, ladies never show their feelings in public, etc., etc.

And yet: how can this be true? How can these books have survived, when clever detective writers like John Dickson Carr (creator of the “locked-room” mysteries), Margery Allingham (capable of a stylish phrase: “He looked proudly puzzled, like a spaniel which has unexpectedly retrieved a dodo”) and even Sayers (excellent, in her singular fashion) are no longer part of the common currency? Can it really be due to the quality of the puzzle, when half the world knows that the narrator did it, they all did it or the policeman did it? Might it not be due to something else, something within the puzzle, invisible most of the time and yet sensed, all the same?

Article continues after advertisement
What is being solved is not the act of murder, but the human dynamic.

Is it not that the quality of Agatha’s imagination—so powerful in her other writings—underpins this disciplined geometric structure, and makes it durable? “All the time, yes, we get the sense that there’s rather more than is apparent,” says P.D. James, whose book A Certain Justice is based upon an identical idea to Murder on the Orient Express. Both books turn upon the vexed question of justice versus legality: an insoluble question, within books that demand solutions. If the murderer of a child has escaped prosecution, do the child’s connections have the right to exact justice? In A Certain Justice this idea is expanded into a novel—realistic, detailed, very fine—in which the solution of the “puzzle” plays a minor and deliberately sidelined part; in Orient Express the puzzle and its solution are the novel, the mythic resonance of the theme barely sketched but present in the structure, the plot, the very bones of the book. Of course “they were all in it”: what other solution could be possible, or could give the necessary satisfaction, in this book of Agatha’s?

When she is working at her best—by no means always the case—the satisfaction of the solution is intense and profound, because it solves the puzzle and resolves the human dynamic. In a book like Five Little Pigs, the plot shadows the characters so closely that the workings of the mystery are the workings of human nature, and the solution depends entirely upon the revealed truth of human nature. What a magnificent premise, that a painter should be killed because his model has fallen in love with him, and he is pretending to be in love with her because he wants to finish his painting! A remarkable, satisfying idea. Not real, but true.

And then the idea that lies within the plot of Towards Zero: the urge for revenge by a husband upon the wife who left him for another man. He commits a murder for no other reason than to have his ex-wife hanged for it. A powerful, violent, sick idea, not described as such because Agatha did not do that; she simply let the idea become the plot. Towards Zero (in which the film director Claude Chabrol saw possibilities) is the sort of book that might have been imagined by Ruth Rendell, who would certainly have probed more deeply into the darkness and perversity of the motive. The character of Nevile Strange, the murderer, would have been written very differently. Ruth Rendell would have laid bare the inner workings of his psyche; Agatha Christie does no such thing, and because she merely presents a man like Nevile, rather than analyzing him, she is said to be unable to create fully rounded people. With Nevile Strange she does indeed, as Raymond Chandler wrote, “fake character.” Nevile is a gentleman tennis player, a rich and smiling amateur, the kind of person whose Christie’s detractors would accuse her of favoring on purely snob grounds. In fact she is penetrating the gentlemanly persona with cool-eyed accuracy. Nevile uses his “good-loser” act to conceal the fact that he actually cannot bear to lose; beneath layers of well-bred concealment he is desperate to settle the score with his ex-wife, and his public image helps him to do so. So it is not Agatha Christie, but Nevile himself, who is faking character; insofar as that phrase means anything at all.

Is character really only revealed through “inner workings”? Surely not; surely this is an absurd idea, positively sixth-form, thrown at Agatha Christie by critics who disapprove of her on other grounds. “She sometimes might be apparently simplistic in her characterization, that doesn’t mean to say that it’s not true characterization,” says P.D. James. Stereotypes, her detractors say: “but then, many people are types,” as Bevis Hillier wrote in his 1999 essay on Christie. And, as with Nevile Strange, the books are at least as intent upon subverting stereotypes as upholding them: in fact Agatha Christie often uses stereotypes to mislead us, because she knows that we believe in them, or at least that we believe her to believe in them. In Evil Under the Sun the line throughout is that the murdered vamp Arlena has been killed in consequence of her irresistibility to men. In fact, as Hercule Poirot realizes, the opposite is the truth. “I saw her very differently. It was not she who fatally attracted men—it was men who fatally attracted her. She was the type of woman whom men care for easily and of whom they easily tire…” Arlena dies because she is rendered vulnerable by her need for male affirmation of her beauty: flattery renders her helpless in every sense.

It is simply clever, this inversion of the cliché, but it is so much more than that. This twist of Agatha’s upon the femme fatale is also the truth: women like Arlena are not so much predators as prey. And so the twist slots the whole book into position. It solves the puzzle because it solves the character: that is why it is satisfying.

It also tends to go unnoticed, because the writer has no special desire to draw attention to it. This, again, is a function of Agatha Christie’s supremely deceptive simplicity. Whereas in Ruth Rendell—a writer whom the modern world admires—the mysteries of character are the object of morbid scrutiny, in Agatha Christie they are a given: she assumes we know the ways of the world. For all her so-called “cosiness,” she is a sophisticate. Adultery, for example, is taken for granted. Henrietta Savernake is not condemned in any way for her love affair with John Christow. In The Mysterious Affair at Styles it is accepted that both partners in the central marriage are amusing themselves elsewhere. In Sparkling Cyanide there is no question but that the young, beautiful Rosemary Barton will cheat on her older, duller husband. (“He’d schooled himself to accept—incidents!”) Nor does being capable of adultery necessarily make somebody capable of murder. Agatha might allow her experiences to cast shadows in her books but she could always detach from them: they infused, but did not influence, what she wrote. It has been said that she had a tendency to cast Archie-types in the role of killer, though it is hard to see where this idea came from. It is simply not the kind of thing she did.

If Agatha Christie could accept human fallibility as a fact of life so, too, could her detectives. In Five Little Pigs Poirot says: “Me, I lead a very moral life. That is not quite the same thing as having moral ideas.” In Sleeping Murder Miss Marple is accused of being a “wonderful cynic,” to which she replies: “Oh dear, Mr Reed, I do hope not that. One always has hope for human nature.”

Both, however, are unambiguous in their condemnation of murder. Only in Murder on the Orient Express does Poirot decide that it is excusable to kill; only in Curtain does he display ambivalence. Otherwise it is as he always says: “I do not approve of murder.” Miss Marple is stronger still. “Really, I feel quite pleased to think of him being hanged,” she says, at the end of The Body in the Library. 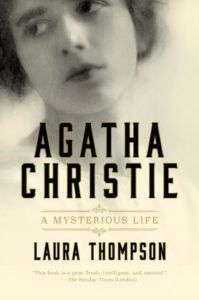 Laura Thompson is the author of Agatha Christie: A Mysterious Life. A writer and freelance journalist, Laura Thompson won the Somerset Maugham award for her first book, The Dogs, and is also the author of the critically acclaimed biography of Nancy Mitford, Life in a Cold Climate. Her 2016 book, The Six: The Lives of the Mitford Sisters, was a national bestseller. 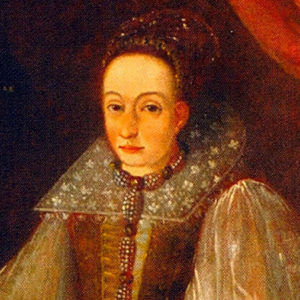 In 1996, the internet was young, and nobody was much concerned with Erzsébet Báthory, a Hungarian countess who lived and died...
© LitHub
Back to top