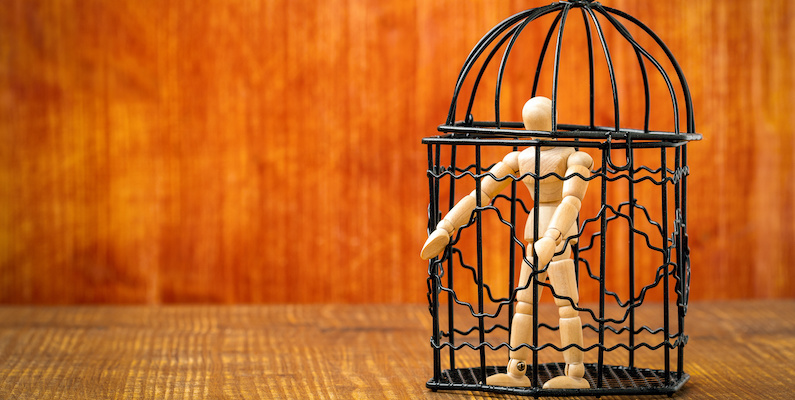 Why Are Stories of Captivity and Abduction So Extraordinarily Terrifying?

A private home can be a castle. It can also be a prison.

The average victim of a kidnapping is dead less than 48 hours from the point of abduction. Captivity is an unusual choice for a murderer, both in life and in fiction. It requires resources, introduces variables, and produces a bizarre form of intimacy. What scares us most about captivity-centered narratives is that they break the immediacy and predictability of even the grisliest murders. The corpse is to be expected, the shock is rote. Captivity spools out endless time, interstitial between the disruption of normal life and the end—whatever the end may be. Captivity breaks the clock, and renders horrors we couldn’t have dreamt.

I was working my way through college at a Home Depot checkout counter when Jaycee Dugard was liberated from eighteen years in captivity in Antioch, California. The story made national headlines: kidnapped at eleven years of age from a school bus stop in South Lake Tahoe, Dugard was presumed dead by all but the most hopeful. In reality, she was being held prisoner by a man who had already been convicted of another kidnapping and rape in 1976. Too late, far too late, everyone wondered what could have been done during those eighteen years to shorten Dugard’s time in hell. I wondered, too. When I would check someone out, I would notice that a white man in his fifties like Dugard’s captor would come in to buy rope and chain, soundproofing materials, black spray paint, sheets of plywood. I would try and discern the difference between normal home improvement and obvious home imprisonment. I would memorize faces and see what they drove away in. I never made use of any of it.

Back in the nineties, I had gotten a taste for captivity in lurid thrillers and detective fiction. I was electrified by the captor and murderer of fat women, Jame Gumb in Thomas Harris’ The Silence of the Lambs. Stories of slaying on sight didn’t terrify me half as much as the idea of slowly starving in the deep basement well of a man who planned to flay my skin off to make himself a girl suit out of real girls. The prolonged terror was only part of it; the operative mind-bending horror lay in the idea that someone might be held in that kind of captivity in any sprawling suburban house in an average neighborhood in Ohio. I got fixated on the horror of the captive victim next door.

In 2008, the year before Jaycee Dugard reappeared, a similar story broke in the news about a girl kept captive by her own father in Austria for twenty-four years in a bunker beneath their house. In the time the daughter was in the basement, the family had rented space in the house to over one hundred people. None of them had any idea what went on just below them. It reminded me of the 2003 rescue of Elizabeth Smart, kidnapped and kept for nearly a year in captivity by a man who fancied her a member of his harem. One of the books written about Elizabeth Smart was called In Plain Sight, because her captors had taken her to public places and she had seen people in the outside world, so complete was their belief in her submission and their ability to keep secret what was clear to see.

In each of these cases, Dugard and Smart and that poor woman in Austria, other people were around. They had neighbors and tenants. Dugard worked as a graphic designer and had an email address. The police came and went from their houses, drove past them in squad cars, searched for the missing and never saw a thing. This was one of the most terrifying dimensions of captivity, not only to me but to many people gobbling up these stories in the news and in the pages of fiction. These harrowing tales of captivity, sexual assault, psychological torture, and murder could be happening under out feet or on our block. They might be driving past us in panel vans, and they are always checking out at some Home Depot counter, buying the necessary supplies to keep someone who does not want to be kept.

In Stephen King’s 1987 blockbuster Misery, retired nurse Annie Wilkes manages to keep bestselling author Paul Sheldon captive in her home for months without anyone figuring out that he’s there. The literary world knows he is missing. The police come by Annie’s house more than once, speaking to her and looking around and don’t find the missing man. Although Annie enacts terrible violence against Paul, cutting off his leg and his thumb, drugging him and depriving him of medication by turns, and threatening to ultimately kill him, her greatest weapon is the privacy and remoteness of her house. She is able to hide him, keep him, and shield from even the eyes of the law. Almost the entire book takes place in a little house in the mountains in Colorado with a barn beside it. It’s an average place, with an average appearance. No one would ever guess.

In The Silence of the Lambs, Hannibal Lector tells FBI Special Agent Clarice Starling that serial killer Buffalo Bill has a two-story house. Later, she thinks about why that statement must be true:

“Bill kept them for a while, alive. These victims did not die until a week to ten days after they were abducted. That meant he had to have a place to keep them and a place to work in privacy. It meant he wasn’t a drifter. He was more of a trapdoor spider. With his own digs. Somewhere. That horrified the public more than anything—his holding them for a week or more, knowing he would kill them.”

This privacy, this intimacy, allows Harris to draw us closer, ever closer, to catching the killer. The reader sees the knife, knows the time of the murder is approaching. We look over the investigators’ shoulder, hoping they’re going to make it in time. We’re staring at the clock of captivity, running out too long, running too fast. The captive can see that clock, too.

Part of the reason for the power of captivity is something called the “castle doctrine.” This is an underpinning of law, dating back to the English document known as the Magna Carta. This concept and subsequent iterations of law made the home a sacrosanct place, providing the bedrock from which we derive our rights to deny search and seizure without a warrant, to remove anyone we wish from our homes, and to defend ourselves at home using force, including deadly force. This concept and the laws formed around it make any domicile, even a van or a bus a person might live in, a legally protected place that no one may enter or inspect without cause and (usually) a judicial order. As much as this is a crucial piece of our right to privacy (but not in your own womb! ha!) it also shrouds and protects perpetrators of home-based violence: domestic and child abuse, incest, and this kind of home-grown captivity.

Drawing from both real-life and fictional examples, I wrote Number One Fan as a thriller about the parasocial relationships that fans project on to creators. Author Eli Grey is kidnapped and held by a crazed fan named Leonard Lobovich so that he can take his fantasy about her to the next level. Captivity is essential to his plans: like Harris said of Buffalo Bill, this kind of thing requires privacy. Writing is essential to his plans: like Annie Wilkes, Leonard Lobovich wants something from his captive that he can’t get anywhere else. The mutation of intimacy begins right away between them; captor and captive trying to find their way into one another’s minds to find their own form of escape.

Researching people who survived and escaped captivity to tell their own tale, I realized that each of them had something in common about the day that they escaped: they got lucky. I included each of these elements of horror: the house of captivity is in plain sight. The police have information and opportunity, and it does not matter. Above all: the captive must rely on herself because she can’t be sure that hope is coming or will reach her in time. Eli is waiting to get lucky. Eli is watching the clock and we are watching it with her. Eli is in the basement of her number one fan, and she knows that time is running out.

Captivity breaks the clock, but it also keeps readers locked in. We are transfixed by these narratives, both fictional and real, because we can imagine that trapped feeling, that urge to fight and get out at any cost. We read along, counting the hours, trying figure out what we would do in that same situation, how cowed we would be by violence, how crafty we could be in the trap. The best stories are the ones that remind us that even when the hero is crafty, willing to fight, and lucky, that the private home can be a prison. 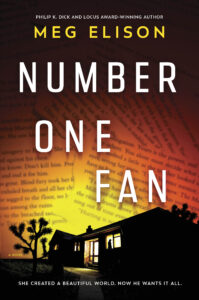 Meg Elison is a Bay Area author and essayist. Her debut novel, THE BOOK OF THE UNNAMED MIDWIFE won the 2014 Philip K. Dick Award and was listed as a Tiptree Committee recommendation. Her second novel, THE BOOK OF ETTA, was published in 2017 by 47North. She writes like she's running out of time and lives in Oakland. Her latest novel, NUMBER ONE FAN, is now available from MIRA books. 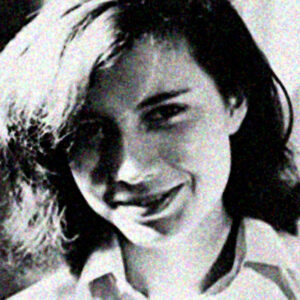 “I may not be capable of love. I want something romantic.” This line from the diaries of Patricia Highsmith is the central...
© LitHub
Back to top