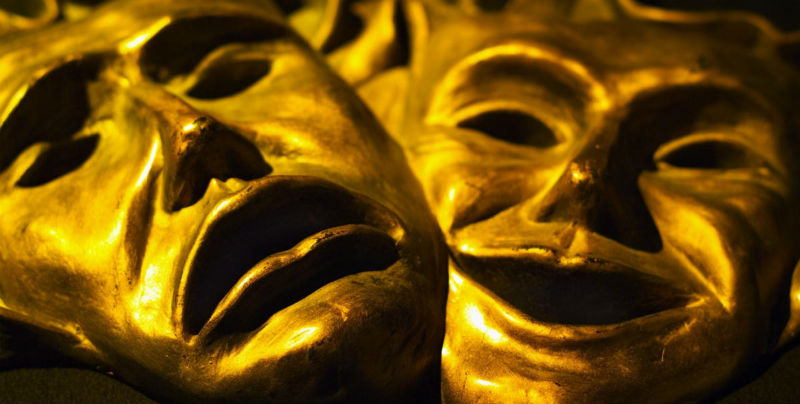 A Crime Author Investigates What Makes Another Culture Laugh

Humor’s a funny thing. Unlike a frying pan, a pickle, or a duck it isn’t the sort of thing you immediately know when you see it. What’s funny to one person is shockingly offensive to another and trying to break down the demographics of funny is mindbogglingly difficult and probably—even hopefully—impossible: individual tastes always exceed group characteristics. You might think you know Chris Rock’s audience, or Jerry Seinfeld’s or Robin Williams’s or Wanda Sykes’ but there’s always a free mind to cross the aisle and laugh at a joke from an unexpected source. When we open the aperture to look at humor across nations and cultures and time, that uncertainty about humor only increases.

As a writer—as a novelist—who writes comedy as well as tragedy, I find comedy to be more difficult to bring to the page than tragedy. There are several reasons why. To start with, novelists have a challenge with timing. Comedians can tell topical jokes. They can leverage a subject known to be on everyone’s mind at that moment and launch from there. Political humor, for example, actually has to be timely and speak into an ongoing conversation—otherwise you’re trying to swim to the top of a wave rather than ride it.

Furthermore, novelists don’t get much feedback on our efforts at humor. Those comedic mega-stars who play to auditoriums—people like Kevin Hart or Amy Schumer—aren’t just winging it. That material you’re hearing has been built up, tested, rehearsed, and then rolled out. A tremendous number of jokes have also been shredded and burned. These people look relaxed on stage because they know their act and that act has been refined, sanded down, and polished. They are, as it were, professionals. We write a joke and someone reads it two years, five years, a decade later. We can’t learn from audience reaction until it’s much too late.

But the challenge of humor is only partly due to time and distance. Tragedy, I believe, is easier to understand and produce because it sits at the familiar center of our conscious minds and binds us together in our shared humanity. Consequently, it is the essence of tragedy to be recognized. Comedy, however, exists at the edge of what we take for granted, what we have yet to denaturalize, what we cannot all yet see. It is the essence of comedy to be invisible until, suddenly, it is not. Comedy must be an unexpected revelation. Or put simply, if you see it coming, it ain’t gonna be funny.

None of us could have known, before being shown it, that a junior mint falling into a body cavity during a surgery is hilarious (Seinfeld) nor that “bullets should cost $5000 each” is a brilliantly subversive solution to gun control (Chris Rock). Thankfully, though, now we do.

In these challenges—of time, and distance, and rhetoric—I am like many other writers. Where I am less common (though hardly unique) is that my novels invariably embrace both comedy and tragedy independent of whatever genre I’m using to tell a story. I do this as a matter of preference (I like reading it and I like writing it) but also as a philosophical stance; I take the position that only in attending to both (and the space in between) can the full spectrum of the human experience be explored and rendered, which is what I think ambitious writing should be doing.

What makes my life and writing experience unusual, though, (and something that provides the source material for much of the humor in my books) is that I’ve been living outside my own country for a very long time.

No, this is not unique and yes there were and are many other expat writers. Maya Angelou lived abroad and so did her friend James Baldwin. Hemingway, Eliot, Frost, and Fitzgerald all lived abroad for a while. Henry Miller is among the most famous but to put even that in perspective, he was only out of the U.S. for some ten years whereas I’ve been gone for twenty-two years. Of the tens of thousands of American writers, Wikipedia lists exactly one hundred as “American expatriate writers.” Of course that is not a definitive number but to use it indicatively…it’s a small percentage.

What’s been on my mind, therefore, is how to be a serious novelist from abroad considering all the challenges I’ve listed. I’m not prepared yet to answer the question in full. But I have notes and thoughts to start the discussion:

Writing, I now understand, is an act of communication—like a conversational turn—into an ongoing and never-ending discussion about the world around us. When a novelist aims to contribute meaningfully to that conversation—which might be the only true definition of literary fiction, and one that ironically is reposed on authorial intent however maligned that term may be these days—the first step is to listen; and when I say listen I mean very, very carefully.

The same heist story, the same murder mystery, the same basic romantic comedy structured on the same dramatic arc can be told (and often is) in Korean in Korea, German in Germany, or Spanish in Spain. But the pauses, the language, the pacing, the mood, the tonality, the temporal architecture, the phrasing, the political assumptions, the premises that support claims, the formalization of pronoun and gender usage, the conceptualization of risk being used by the protagonists—these all vary profoundly. Seeing all this, hearing all this, is a learned skill. Turning what’s seen and heard into compelling fiction is both an analytical process and an art. Some people do this naturally without all the verbiage and theory. Others, like me, need to think it through.

Comedy defines the edge of what a culture is prepared to address. The groan, the boo, the nervous laughter; this is where we find the edge.

I listen to a lot more comedy, and read a lot more of it, than I do tragedy. Comedy, I find, is a better resource for staying attuned to cultural changes. The reason is that comedy defines the edge of what a culture is prepared to address. The groan, the boo, the nervous laughter; this is where we find the edge. Only by going too far can we know if we’ve gone far enough. The edge will always pulse and move, but at any moment in time it will also exist and, importantly, the cultural logic behind the laughter and the groans will often remain quite stable even as it evolves over time; cultural discourses, after all, are notoriously hard to budge.

People who write historical fiction, like people who write comedy, understand the challenge of capturing another culture’s humor and tragedy too. They can’t freely write about some other time period faithfully until their immersion in the material is complete. This is what gives them a natural feel for how things get done there—what is in that place, how things relate to each other, and how people speak and act there. Once a writer “gets it”—in the way that a jazz musician understands the melody of a piece—they too can improvise and stay true to the tune. Failing that clarity and authority, the reader will be encountering some bad writing and goofy drama.

The good news is that it is easier than ever before to eavesdrop on the conversations around us due to modern technology. The bad news is that reaching a native understanding of what we’re hearing is no easier than it ever was. In fact, more information might only increase the puzzlement. Novelists, in my view, should be guides out of the confusion. Our job is to reduce the puzzlement and give expression and form to what’s meaningful. And to do in a way that keeps readers engaged and amused and somehow or other…in love.

It’s no easy task. Done successfully, though, we get to see ourselves and our world in the books we read. Together—writers and readers alike—we are then able to rediscover the important truth that art furtively insists upon, namely, we are not alone in what John Prine once called a big old goofy world.

Derek B. Miller is an American novelist and international affairs professional. His first novel, Norwegian by Night, was a critically-acclaimed international bestseller and was shortlisted for seven literary awards winning the Crime Writers' Association's John Creasy Dagger Award for a debut crime novel. His second novel, The Girl in Green, received starred reviews from Kirkus, Booklist, Library Journal, and Publishers Weekly. His latest novel is American by Day. 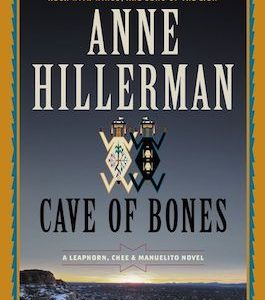 Annie Rainsong knew that today she would die. And that she deserved to. She never should have left her vision site,...
© LitHub
Back to top