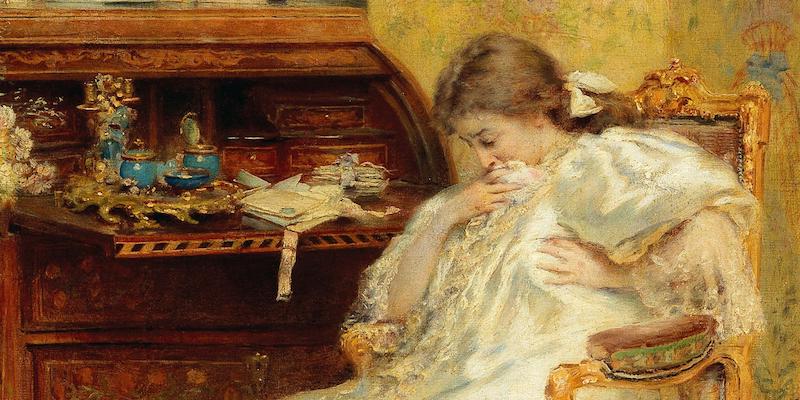 "Every Russian literary work is a crime novel"

I’ve always liked stories where people go to Hell. Because I like Hell. Because that’s where the angels are. Angels come from Hell. All angels are fallen angels. Angels know how to fall and rise at the same time.

Every Russian literary work is a crime novel and it’s about this, more or less. Hell or angels. Same thing. Anglo-Saxon culture is consumed with morality. Latin culture with mortality. But Slavs, we are melancholic fireflies in your summertime. We know we are bad, bad, bad. And how to be good, good, good. But we don’t want to play that game. We are damned and transcendental. We are a cracked basin hit by a shard of sunlight. See: Tarkovsky. Remix with some Jewish esoterics. The mysterious Ein Sof (no end) that the Kabbalah discusses like a Socratic bitch and stitch. The finite and the infinite, the cycle of life and death—isn’t this the cycle of a crime? What changes is the devil’s keeper. The culprit. The victim. The weapon. A Russian roulette. “How wonderful to be alive, he thought,” Boris Pasternak writes in Doctor Zhivago, “But why does it always hurt?”

The afflicted are wild mushrooms. They grow and grow and die and die. A wild mushroom in a mushy, magnetic forest that unfolds its cap and says to no one, It’s not fair, Mama. (There is always Mama in a crime. Crimes can’t happen without Mamas.) It’s true, little mushroom, it’s not fair. Life is not fair. Life hurts. Life grows and grows and dies and dies. Is that what we tell our little mushrooms? Before we pick them. Before we decide which ones make us sick enough to see the truth and which ones will kill us.

“People will do anything, no matter how absurd, to avoid facing their own souls,” writes Carl Jung. But how absurd? Just how absurd? This is a crime novel I want to read. Is it one that I myself wrote? I think I did. I did, I did. I’m guilty as a guilty pleasure.

Soviet land of mystics. Of poets. Of thieves. Of thugs. Of dissidents. You can take the girl out of the Soviet Union but you can’t take Godlessness out of the freak. Freaks are integral to a crime. Too much integrity is bad for business. Especially when the business is being bad. “The pimp has a grin,” Jean Genet writes in The Balcony, “never a smile.” Smiles are for the civilized. Smiles are pre-colonial. The devil grins so the pimp grins so the freak grins so the poet grins. If there is a joke, it is on us. If there is a cause for laughter, it is caustic. If there is hilarity, it is paid for with generations of hysteria. No prison, no crime. Or vice versa. A holy verse is worth a drop of profane blood. But blood alone is not worth much at all. It must be betrayed.

When we are born, have we not taken a life? Taken a body? Claimed it as ours. Kidnapped. Avatars. Liars on a good day. Sadists on a bad. But a crime is not a crime without the kindness of strangers. Strange, strange compassion. The most villainous villain of them all, that thing, what is that thing, that dark, dark, dark thing called – love. A stranger’s momentary momentous gesture. A stranger’s ephemeral effortless reach.

“I don’t have any special talents,” Mikhail Bulgakov writes in The Master and Margarita, “just an ordinary desire to live like a human being.” It is not the great passions but our most ordinary desires that feed the criminality of being. Being. Born. A crime. Is there a bigger bore than that? A bigger yawn than the one that collects air for the lungs to live another moment. Why I like Hell so much. It’s petty and lyrical. It’s full of ordinary desire.

My silence. A phone call away from confessing. I’m a criminal. I lied. I’m bad, bad, bad in a Western way. So I’m in this finger-streaked phone booth lit up like the eyes of a witness, placing a call. I’m ready to confess. I’m ready to open my big mouth and have my big deed shame my family etcetera. The phone is ringing because my hands are wringing each other in the sink. Dirty hands. Dirty mind. I’m washing the ocean off my knuckles. I’m writing about a crime. I’m ringing and wringing and writing. It’s all very quiet. It’s all very ordinary. It’s all very nothing. Relax. Go back to sleep. The little mushrooms are popping their little mushroom caps like hiccups in the dewy night. I write my wrongs and the scream of newborn becomes a bestseller. 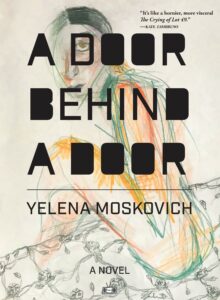 Yelena Moskovich was born in the former USSR and emigrated to the USA with her family as Jewish refugees in 1991. She studied theater at Emerson College and at the Lecoq School of Physical Theatre in Paris. Her plays and performances have been produced in the US, Canada, France and Sweden. She is the author of the novels The Natashas and Virtuoso, as well as the new novel A Door Behind A Door. She has also written for New Statesman and Paris Review and in French for Mixt(e) Magazine, won the 2017 Galley Beggar Press Short Story Prize in 2017 and was a curator for the 2018 Los Angeles Queer Biennial. She lives in Paris. 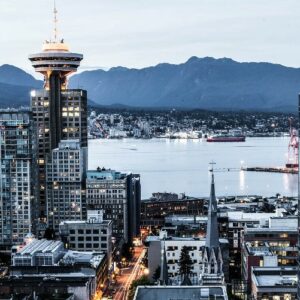 We’ve covered Montreal and Toronto before in Crime and the City, so time to head west. All the way west to ‘Terminal...
© LitHub
Back to top