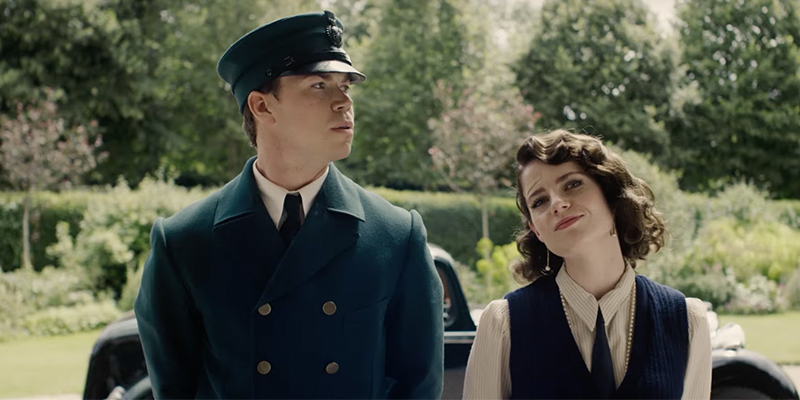 BritBox's new adaptation of Agatha Christie's funniest mystery is the jubilant romp through the English countryside that we all need right now.

As everyone who reads this website doubtlessly knows—to the point that it might not even be worth saying—there is nothing in this world more delightful than a murder mystery set in the English countryside. Especially if that mystery takes place during the spring, especially if the sleuths on the case are plucky amateurs, especially if there is some sort of riddle at the center of the whole thing.

It was with joy and hope in my heart that I began watching the new miniseries, Why Didn’t They Ask Evans?, a show written and directed by Hugh Laurie for the streaming service BritBox, adapting Agatha Christie’s 1934 comic mystery of the same name. In this rollicking novel, the central whodunnit is augmented with a puzzle: a young man named Bobby Jones discovers the body of a stranger who has just tumbled over the side of a cliff—but the man is alive, still, when Bobby runs to him, and holds on just long enough to utter a quizzical final message. “Why didn’t they ask Evans?” he asks the stunned Bobby, before shuffling off the mortal coil forever.

Like the conceits of many Christie novels, it is a perfect gambit: a secondary enigma wrapping up the conundrum of the death. The novel has been taken up before, but not recently enough—adapted as a three-hour-long British TV special from 1980, as well as partially absorbed into an episode of Agatha Christie’s Marple in 2011—and its safe to say that by the time of Laurie’s intervention, the story is as new and unspoiled for audiences as can possibly be.

With those odds already in its favor, Laurie’s adaptation can’t help but delight. The BritBox series is a perky, lighthearted romp—one part mystery, one part romantic comedy (as in Christie’s novel). Bobby (Will Poulter), the son of a vicar in a small Welsh town, is intrigued by the circumstance that has befallen him, sharing the details with his childhood friend Frankie—really, Lady Frances Derwent (Lucy Boynton), our game, pants-wearing, quick-witted heroine. The two are obviously in love, but haven’t gotten past a state of flirtatious closeness. Laurie’s adaptation adds a wise class difference that might account for their romantic hesitancy: in the series, Bobby is caddying on a golf course when he finds the body, not playing a round of golf, as in Christie’s novel. Laurie’s Bobby, a former Navy officer, now works a series of odd-jobs—he’s a caddy, a roustabout for a traveling carnival, a church organ player. He and his friend from the Navy, a Jamaican immigrant nicknamed “Knocker” (Jonathan Jules), are going to open a used-car business together in London. The summer he finds the body, he hasn’t seen his old friend Frankie in years; she has come back to stay with her parents for a while just as he’s finally about to leave.

Article continues after advertisement
Laurie’s rewrite asks what mystery-solving might mean to the audacious amateur, gives a compelling psychological reason for why someone unqualified to do so would start poking around in a dangerous murder case.

Thus, in Laurie’s adaptation, the murder is something the two young would-be-lovers cling to, to keep their bonds close before their fateful parting, and to kind of playact a togetherness that they might not be able to achieve in real life, because of their separate stations. This is a meaningful, compelling tension that drives the emotional arcs of the characters, as they are running about hunting for clues. Laurie’s rewrite asks what mystery-solving might mean to the audacious amateur, gives a compelling psychological reason for why someone unqualified to do so would start poking around in a dangerous murder case. For Bobby and Frankie, poking around is an opportunity to be together.

And poke around they do! Bobby’s informal investigation winds up getting him poisoned, and this (and a few other things) revs up Frankie’s desire to solve the case. They become interested in a man named Roger Bassington-ffrench (Daniel Ings)—a chap whom Bobby encounters as he is finding the body, in the beginning of the first episode. Frankie and Bobby decide to enlist their friends—Bobby’s best mate Knocker and Frankie’s pal Dr. George Arbuthnot—to stage a car accident at the gates of the nearby Bassington-ffrench estate that will allow Frankie a chance to look for clues.

This, in Episode 2, is the series’s single best sequence; the four friends plot the car accident and their subsequent fake call for help as deftly as if they’re planning a high-stakes heist. They each have a job to do to pull off their con and gain entry into the mansion, and for a moment, the murder mystery Why Didn’t They Ask Evans? becomes a flat-out caper.

The series is impossibly good-natured and full of laughs—especially when Emma Thompson and Jim Broadbent appear in cameo roles as Frankie’s self-absorbed parents—but I found the car-accident-planning scene to be the series’ most amusingly insightful of them all. The playful genre-bending reveals the feelings of flat-out liberation that come with acting as a detective; while they are working on the case, Bobby and Frankie can do whatever they want, whatever they need, to get the job done. The mystery is a means for them to work through their hang-ups, and their gusty con is the most flamboyant bit of experimentation to that end.

Once the “injured” Frankie has been “rescued” from the car-wreck and brought to “safety” in the Bassington-ffrench home, Bobby pretends to be her chauffeur and comes to check up on her. This bit of playacting is another kind of therapy for them, placing them further in the class-separated roles they feel somewhat trapped by—clearly tying the solving of the case to overcoming of their social gulf. Practically, though, their access to the estate introduces them to the neighbors, who run the asylum next door: the taciturn Dr. Nicholson (Hugh Laurie, himself) and his unhappy young wife Moira (Maeve Dermody), whom Bobby recognizes from a photograph he has found on the body of the dead man. Curious!

Somehow, Bobby and Frankie realize, all these people are linked. It’s a big undertaking, figuring out how everything comes together. But watching them untangle it all is as satisfying and blithe as, well, a day trip to the country. 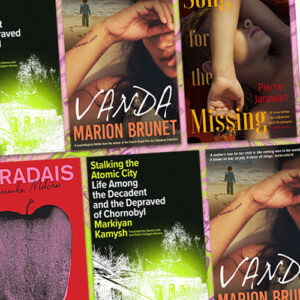 April's international titles are all distinguished by stunning writing and a noir sensibility, and include, unusually, two nonfiction...
© LitHub
Back to top