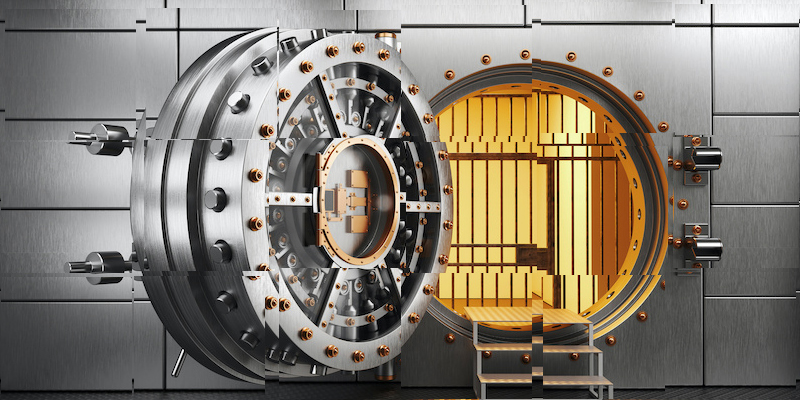 "[H]eists involve people at the top of their skill set—or who used to be—with circumstances that test them strenuously."

The heist or caper stories I love best, though, have a germ of justice at their hearts. Usually, the heist team is going up against a nearly invulnerable enemy, a person who can’t be touched. They’ve committed crimes themselves, or at least injustices, and faced zero consequences. If the heist succeeds, the gang will take away something they value. It isn’t societal justice, but it’s sure as hell satisfying.

In the everyday world we see daily examples of justice delayed, justice diluted, or justice re-interpreted to protect the powerful.  It’s hard to make a straight-faced argument that criminal justice is in any way equitable. When you move outside of firmly defined crimes like drunk driving, assault, or murder, into other areas of wrongdoing like stock manipulation or mortgage fraud (2008, anyone?) it seems impossible to bring villains to justice. If they face consequences at all, these large-scale villains may pay a fine, which becomes a tax deduction as a “cost of doing business.” We are brought up to value fairness, and every day we watch the unfair world all around us.

This is where the heist comes in. You may never bring that corrupt CEO to societal justice, but you can steal her Rembrandt. You may not be able to unseat the magical tyrant and institute a democracy, but you can steal his powerful enchanted sword and at least ruin his day. The classic heist flips the script on the idea of crime and justice, with the criminals as agents of fairness, with law enforcement often in pockets of the corrupt mark.

On the TV show Leverage, mastermind Nate Ford summed this up with, “Sometimes bad guys make the best good guys.” The Leverage team identified themselves as a force for good. They were Team Justice—or at least Team Payback– for everyday people who’d been cheated, maligned, or stolen from, and had no legal recourse. The Leverage team may have been the good guys, but they were criminals and they all knew it. There’s a savory morsel of irony in a tale about a truly lawless group exacting justice against someone otherwise above the law.

In case we had any question about “the law,” most heist stories have an adversary who represents law enforcement, or some other authority figure, in pursuit of the heisters. Nate Ford’s opposite number is an insurance investigator, which was Nate’s original profession. Nate Ford was not a criminal. He saved his insurance company employer hundreds of millions in payouts by recovering stolen property. In fact, it’s how he met the folks who make up the Leverage team. When Nate’s son became terminally ill, that same company denied him an experimental treatment on the basis that it was too expensive. They refused to do the right, the human, thing. Nate’s work, his loyalty, and millions saved counted for nothing, and Nate had no recourse. His nemesis is a former colleague, an investigator whose focus is only on his next bonus, his next promotion—and bringing down Nate.

In Robert Jackson Bennett’s complex, breathtaking 2018 fantasy heist Foundryside, Gregor Dandalo is a captain of the City Waterwatch of Tevanne. He is a more-than-able adversary for young thief Sancia, who is already in over her head. Gregor is the scion of one of four oligarchical families in Tevanne, who hold the city’s magic, and its economic benefits, in iron fists. He is at odds with his powerful mother, who wants him back in the family, and his hope for a corruption-free city makes him sympathetic, if a bit deluded.

Sancia, who steals for survival, has no plans to “democratize” the use of the magic, called “scriving,” that runs Tevanne, but as the story progresses, that starts to seem like a real possibility. At least one of the powerful “campos,” or families may be going down. Gregor, driven by an insatiable thirst for justice, may even join forces with Sancia for a bit, but then, betrayals are part of the heist story too.

In 2021’s The Mask of Mirrors by M.A. Carrick, wily young con artist Ren is driven purely by economic survival as she implements her “long con,” to infiltrate a wealthy House of the city of Nadezra and siphon off some of the family’s wealth. Ren can’t let herself care about the concentration of power and corruption in the great Liganti Houses, or the systematic mistreatment of her people, the Vraszenians, who founded the city but are now second-class citizens or worse. She only cares about the One Big Score to set up her sister and herself in a comfortable life. Even an encounter with the city’s Zorro-like folk hero the Rook doesn’t convert her to the abstract cause of “justice,” but the city’s magic, and her own, have other ideas.

Ren faces law enforcement adversary Grey Serrado, a captain of the Vigil, the city guard. Grey is a Vraszenian who has risen through the ranks. Like Gregor, he’s an honest cop in a corrupt system, which doesn’t stop him from taking the cat-and-mouse game with the Rook, and later Ren, very seriously.

When he was twelve, bone-magician Daniel Blackland saw the Hierophant of California murder Daniel’s powerful magician father. Now an adult, Daniel, the protagonist in Greg Van Eekhout’s 2014 California Bones, is a thief working for his crime lord uncle.  Daniel has no plans to confront the ruler of the kingdom of California, but his uncle pressures him into a heist to steal the Hierarch’s magical sword—a sword Daniel’s father forged. If the Hierarch loses his sword, his grasp on the kingdom loosens. Daniel doesn’t want to attempt regime change, but we readers want him to.

Daniel’s law enforcement adversary is the rational, ruthless Gabriel Argent. Aided by his magically enthralled human “hound,” Argent is something of a hound himself, always on the trail. The Hierophant’s nephew, Argent is motivated solely by family loyalty. And he is relentless. No one’s going to mistake Argent for a force for good or “fairness.”

In my book Comeuppance Served Cold, the one police officer we meet is an honest cop who cannot cut his way through the layers of insulation surrounding the society family he is investigating. To make it more complicated, he’s in love with the daughter of that family. My con artist character thinks his love can be, well, leveraged, and he can be useful, but can she trust him? Her goal isn’t justice either, it’s wealth and survival, but if she settles a few scores with the arrogant and wealthy along the way, she’s fine with that.

Since Robin Hood, we’ve secretly admired thieves—at least fictional ones. Lawless, irreverent, often out-weaponed, they’re the scrappy underdogs. They may not mean to take on the system, but that’s what they’re doing, getting the big score, and giving us the satisfaction of raw justice along the way. 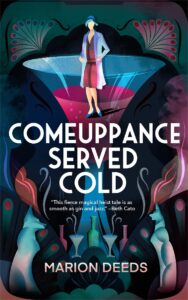 Marion Deeds was born in Santa Barbara, California and moved to northern California when she was five. She loves the redwoods, the ocean, dogs and crows. She's fascinated by the unexplained, and curious about power: who has it, who gets it, what is the best way to wield it. These questions inform her stories. Deeds has published Aluminum Leaves and Copper Road from Falstaff Books, with short works in Podcastle and several anthologies. She reviews fiction and writes a column for the review site Fantasy Literature. Her new book, Comeuppance Served Cold, is now available from tordotcom. 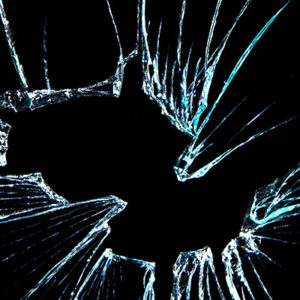 We all know the scene. We’ve read it in a thousand crime novels and seen it in almost as many films. A female body is found,...
© LitHub
Back to top