Author as Brand: The Syndicate Behind So Many Classic Series

It’s no longer a secret that Carolyn Keene, the hardworking, prolific, zippily-named and incredibly long-lived author of the “Nancy Drew” books, as well as the “Dana Girls” series, never existed. Neither did Franklin W. Dixon (author of the “Hardy Boys” series), Laura Lee Hope (“The Outdoor Girls, “The Moving Picture Girls,” “The Bobbsey Twins”), Victor Appleton (“Tom Swift”), Alice B. Emerson (“Ruth Fielding”), nor Margaret Penrose (“The Motor Girls) and many other beloved writers of popular series fiction. Carolyn Keene, Franklin W. and the rest weren’t even pen names in the usual sense since there was no single author behind any of the series. All these “authors” were just as fictitious as the novels they were supposed to have written, and all were the creation of Edward Stratemeyer and his Stratemeyer syndicate.

Stratemeyer, the son of German immigrants, was born and lived in New Jersey. He had sold several dime novels and was already a prolific writer himself before he hit on what was to become his hit-generating, money-making formula. His central—and perhaps unsettling—insight was that, when it came to series fiction, it didn’t matter who in particular wrote the stories. What mattered most was that the product should possess a certain distinctive feel, and yet remain consistent from book to book.

In The Secret of the Stratemyer Syndicate: Nancy Drew, the Hardy Boys, and the Million Dollar Fiction Factory, Carol Billman writes that Stratemeyer was in the midst of “The Rover Boys,” “The Outdoor,” “Deep Sea,” and other series, when he took two major steps around 1906. The first was to ask his publishers to lower the price of his books from about $1.25 to 50 cents each; and the second, spurred by overwhelming demand, was to hire other writers to flesh out his ideas. Both decisions proved to be wildly successful. Stratemeyer would dream up a new series, write a 3-page outline for each volume, and then turn over the outline to a contract writer to finish. By 1930, he paid his writers between $50-$250 to write a two-hundred-page book. The Syndicate, not the author or even the publisher, retained the rights to all the novels. After Stratemeyer’s death in 1930 (the year the Nancy Drew series was released), his daughters, Harriet and Edna took over the family business.

Certain formulas naturally had to be followed to preserve the impression that each series was written by a single author. One of Stratemeyer’s writers, quoted in Billman’s study, explained the stylistic requirements succinctly: “A low death rate but plenty of plot. Verbs of action, and polka-dotted with exclamation points and provocative questions.” Legend has it that Stratemeyer once crossed out a writer’s entire page worth of description and replaced it with a single word: “Boom!”

Billman credits Stratemeyer himself with writing the first three Nancy Drew novels, and then passes the credit on to his daughter, Harriet Stratemeyer Adams, who made Nancy less “bossy.” Stratemeyer Adams claimed credit as the series’ sole author because, she said, she supplied the plots and thoroughly edited the stories that the “half ghosts” provided.

Her New York Times obituary describes Mildred Wirt Benson, a journalist from Iowa, as the actual writer of twenty-three of the first thirty Nancy Drew mysteries, including the first three in the series. In a 1999 interview with Salon, Bensen described the experience of writing as Carolyn Keene: “It was a day’s work. I did it just like I did my newspaper work. I wrote from early morning to late night for a good many years. One year I wrote 13 full-length books and held down a job besides. That takes a good deal of work.” Harriet Stratemeyer Adams, Benson said, made Nancy into more of a “traditional sort of a heroine. More of a house type.” But “she was the owner of the business, so it wasn’t my place to think about it.” By some estimates, as many six different writers were involved in writing the original 56 Nancy Drew novels. Both Adams and Benson’s contributions to the series are explored in Melanie Rehak’s Girl Sleuth: Nancy Drew and the Women Who Created Her.

As readers of series literature, we bring our own imaginations and histories to bear on any installment, and what we require most of the author . . . is that she not break the spell.

Yet, the more compelling question seems to be not who or which combination of individuals were the “real” Carolyn Keene, but our own fascination, as consumer of series literature, with the identity of the writer(s) behind the stories, when Stratemeyer’s great insight was that it really didn’t matter. What was important was the author as a brand—a shortcut for readers to know that they were getting a consistent product—and arguably, in the case of Nancy Drew, a more consistent product than they might have received if Carolyn Keene had been a single individual. A real Carolyn Keene might have become bored of the project, she might have died, she might have decided to alter Nancy—make her older, marry her off, or gasp, even have her meet her end with the roadster plunging off a cliff. While individual writers played a part in developing Nancy’s persona and adventures, it was because the original 56 books adhered to a particular formula that didn’t change more than necessary that the series was able to attract generations of readers across different continents.

Would Agatha Christie’s novels be diminished if it was revealed that multiple people had written them? Not for me. Christie’s personal biography doesn’t affect how I read her mysteries; I pick them up when I’m in a certain mood and know that her books will fit the bill. That’s also how series novels operate. They deliver something almost impossible to pin down: an exciting read that’s different enough from its predecessors to be interesting, but similar enough to provide the same satisfactions and sense of familiarity.

As readers of series literature, we bring our own imaginations and histories to bear on any installment, and what we require most of the author, whether she is Mildred Benson, Harriet Adams, Edward Stratemeyer or anyone else, is that she not break the spell. Having a single name like Carolyn Keene attached to the Nancy Drew books helps reinforce a sense of consistency, and smoothes over the reality that each volume had been worked over by many hands before it appeared in print.

While Stratemeyer believed that his young readers needed the fantasy of a single author to ground each series, James Patterson’s fiction factory turns Stratemeyer’s model on its head. Everyone knows that Patterson can’t possibly write all the books that bear his name, and yet readers flock to them as “James Patterson” products. I would even argue that while “James Patterson” corresponds to a real individual, “James Patterson” the author is as much of an illusion as “Carolyn Keene” the author—which is to say, they’re both placeholders for a certain kind of reading experience.

Toward the end of her life, Benson confided to a New York Times reporter, “I’m so sick of Nancy, I could vomit.” She was referring to all the attention that Nancy received from literary scholars, the press and the general public. Benson was only paid around $125 per book plus Christmas bonuses, and received no royalties. While I wish Stratemeyer’s strategy had allowed writers to participate in the financial success of their work, I do believe his method of creating a single over-arching “author” and allowing individual writers to move on once they had run out of steam or lost interest, was right for the series that he was creating. In fact, a measure of the success of his process is that it long outlasted even him. 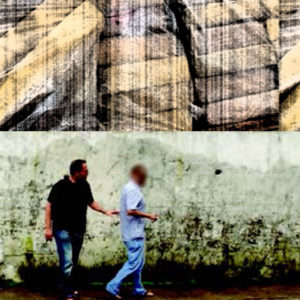 The following is an excerpt from Hunting LeRoux: The Inside Story of the DEA Takedown of a Criminal Genius and His Empire,...
© LitHub
Back to top