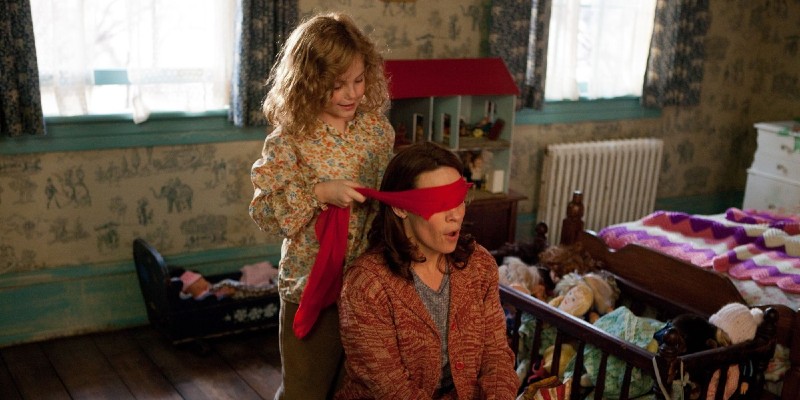 This starts with The Blair Witch Project, fourteen years before The Conjuring. My wife and I are there opening night. How not to be, right? This was going to be an experience, this was something nobody had ever seen, and who knew, maybe it was all documentary, even.

We weren’t the only ones drawn in by that marketing, either. There were parents standing along the side wall of the theatre, infants held to their chest, or in strollers so they could push them two feet ahead, then draw them back in, soothingly. Which is testament, I suppose, to the frenzy this movie had started: nobody wanted to be the one with a crying baby in the theater, but, at the same time, nobody wanted to be the one to have missed this event. So, you make a decision, and you gamble that you can both see the movie and not be “that” parent. And I’m not meaning to level any kind of judgment against these horror-fan parents. I very much understand not having money or foresight for a babysitter—anyway, all the babysitters were probably up in the back row of Blair Witch.

Of course once the movie started—once the dread and terror started draining in through our eyeholes—maybe all the babies were crying, maybe none of them were, it hardly mattered.

Fast-forward to July of 2014, now. I’m finally getting to the theater on the Monday after the weekend everyone had seen The Conjuring, it’s the first showing of the day, I’m all alone in the theater . . . and then a dad comes in, dripping popcorn with every step. I know he’s a dad because there’s two girls with him, both maybe ten, eleven. Being the same age, or same height anyway, I assume that one’s his daughter, one’s that daughter’s friend. And this dad, he’s a horror fiend like me—a horror dad—just, he’s got more nerve: I fully believe in getting kids started early in horror, but, at the same time, I always preview first, as you never can tell when the content’s going to get a little too twisted for a mind that doesn’t necessarily have its defenses up yet. Granted, kids are durable, elastic, tougher than you think, but little things can lodge in them, too, become a speck of dust that ten years later is either a tumor or a pearl, you never can predict. Which, yes, this is the terror of parenting, of course: kids both need to be exposed to this and that and they need to be shielded for the moment, just, how to know which is what? You can’t, of course. Or, the closest you can come is doing what I was doing: previewing, being the royal taste tester.

But, I know: horror? Don’t kids need “safe” programming, not nightmare fuel? My take is . . . no. Childhood already has a lot of the hallmarks of a horror movie, I think. Kids are small in a big place, they have no real power, they don’t know how even the simplest parts of the world work. Doors stretch dauntingly high, shadows can hold anything. Parents say one thing, mean another, and then take it all back anyway, change the rules for no reason other than that they “say so.” And everyone is always telling kids that the minute they’re alone, without tether to a trustworthy adult, that’s when the predators of the world will pounce, spirit them away to a place they never come back from.

My take is that when kids engage horror stories, they kind of . . . recognize that feeling, that terror, that uncertainty, that unfairness, and they maybe even understand that they’re not alone in feeling it. They’re not “weird,” they’re just human. Fear is our default setting. It’s what happens when you evolve on a savanna where everything wants to eat you.

However, yes—yes yes yes—kids also need Inside Out and Toy Story and How to Train Your Dragon and Cloudy with a Chance of Meatballs and the rest. Horror horror horror from sunup until sleepytime would give a pretty one-sided view of the world, I have to think. Not just for kids, but for me too. Jason and Freddy are great, of course, but so are Woody and Buzz. And, to be sure, I’m only sitting ten seats down from this dad and this daughter and her friend for a couple hours, here—I know nothing about them. They could have had The Texas Chain Saw Massacre on steady rotation since kindergarten, meaning The Conjuring might be light fare for them.

But I don’t think so.

The reason I don’t is that, right about when the mom goes full-on possessed, looking for all the world like that woman in Evil Dead’s fruit cellar, the dad remembers that his “Father of the Year” shirt could be riding on this specific Monday morning, so he hustles these two girls out, delivers them back to the sane world, ‘saving’ them from The Conjuring.

I don’t think he actually saved them, though.

I kind of find myself worrying about those two little girls a lot, really.

When they were ten, say, third grade, they got taken to a movie their dad promised would be fun, maybe a little scary. But then it took a fast ramp straight up into abject terror land, and, right when they were grinding up to the peak, about to fall . . . they were dragged back out into the daylight. Which isn’t how horror works. The way horror works, both for the people in it and for the people watching or reading it, is that you process through.

Everything on-screen starts out kind of normal and everyday, then suddenly the world’s upside down and bloody and violent, a jumpscare waiting around every third corner, morals being tested the whole way, reality being interrogated and found wanting, and then you see a pinpoint of light way, way ahead, and you reach for it, you fight for it, you struggle towards it, and . . . you deliver yourself back out into the daylight, with the new knowledge not to read certain books, not to ring certain doorbells, or—hopefully-hopefully—with the suspicion, maybe even the confidence, that monsters can sometimes be taken down, which is a very important thing to learn, both for kids and their dads.

But those two girls at The Conjuring didn’t get to learn any of that.

Those two girls are still locked in that cellar with that inverted image of motherhood, which, before this, could have been a pillar in their world, as it should be. And, after processing through The Conjuring, it still can be. But if you’re ripped out of that story two-thirds of the way through, then all you know is terror and uncertainty. You don’t get any of the relief of a new dawn, a new day, another chance. Instead, that demon-mom is always scratching at the trapdoor at the back of your mind, and you were young enough when you encountered her that you’re maybe not even sure where you encountered her, which is approximately ten thousand times worse.

So, to be sure, kids need horror. Even Fantasia has some horror to it. But, if you take kids into some movie or novel that takes a sudden left turn, gets so intense that you think maybe you need to pull the plug, wait on this one? Do that if you want, of course, they’re your kids, you know them best, but, maybe tell them some version of how that story was probably going to end, anyway? Make it up. You’re a parent, that’s what you do fifty times a day already. Tell them Buzz and Woody swoop in, use Slinky Dog like a trap to capture all the evil in that house, and then they take Slinky Dog on a walk so he can get all that out, and the family lives happily ever after.

It’s not exactly what happens in The Conjuring, but isn’t that more or less how most horror washes out, finally? The kids’ll laugh, and then they’ll crinkle their noses about the dog’s constitutional, and . . . it won’t be like actually processing through to the end of the story, but it might be close enough. And, with parenting, “close enough” is about as good as it ever gets—it’s better than having some kids come up who only know the cellar, don’t even suspect there might be a way out.

Stephen Graham Jones is the New York Times bestselling author of The Only Good Indians. He has been an NEA fellowship recipient, has won the Jesse Jones Award for Best Work of Fiction from the Texas Institute of Letters, the Independent Publishers Award for Multicultural Fiction, a Bram Stoker Award, four This is Horror Awards; and has been a finalist for the Shirley Jackson Award and the World Fantasy Award. He is the Ivena Baldwin Professor of English at the University of Colorado Boulder. 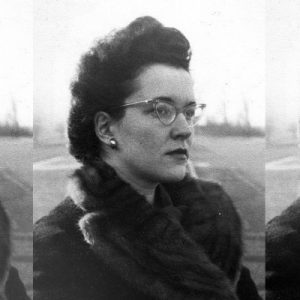 Halfway down the author bio of my old Penguin edition of The Horizontal Man, by Helen Eustis, comes this extremely candid...
© LitHub
Back to top