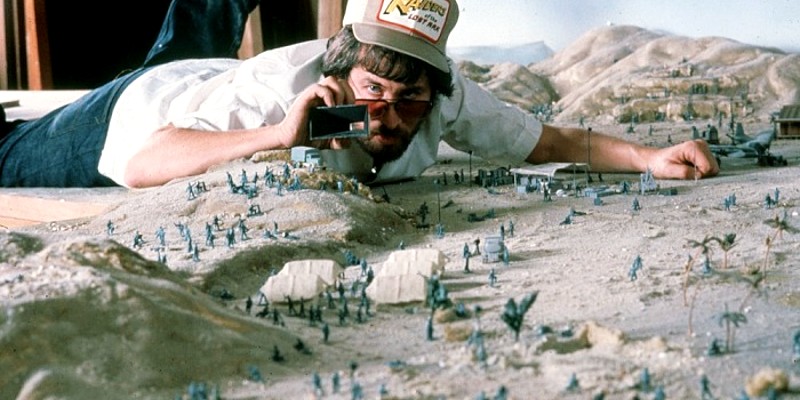 Is Indiana Jones an adventure story or a heist movie? Is Brody the hero of 'Jaws' or is the shark? It all depends on perspective.

I’m becoming a student of genre. If you’re a writer, you can’t help it. One of the most common questions we get asked is “What do you write?” And they’re not asking for vague descriptions of your character’s flaws and contradictions, or the themes you’re exploring. They’re asking what kind of stories you write. What box does your work fit into? All storytellers need to be marketing people on some level; we’re trying to get ideas across.

I’ll say I write genre fiction. But what is genre? I could throw in a dictionary quote here. We all love essays that are built around those, don’t we? I could point out that it’s a French word, but was used to define Greek Literature. I could waffle on about Aristotle and Poetics. But as a writer, I care more about what people mean when they use a word, not what the word itself actually means on paper.

Sometimes we use “genre” to refer to the effect of a piece of art. Does it make you laugh? Comedy. Does it scare you? Horror. Does it move you to tears? Soccer. I like to think of genre in these terms, because it comes with very few rules, and no real boundaries. The story can be anything you want it to be, and the box it’s put in will be determined by its emotional impact on the reader or viewer.

It’s hard to use that definition when asked the big what do you write question, though. And if you’re walking into a bookshop, you need something a bit more solid to go on, to tell you which section you should be heading for. Genre needs to mean more than that.

Fiction and non-fiction are clearly different things, with distinct rules and boundaries. But we begin to immediately run into trouble when we then try to say drama and comedy are different beasts. Are they? Comedy exists as a release to tension. The punchline only works if it’s been set up. Comedy and Drama are simply two different moments in the same, larger story. I guess we could say the tone or feeling that the piece leaves you with is the box it belongs in. Is the final moment dramatic? Hey, you have yourself a drama. Does the last beat release the tension? Maybe it’s comedy or an adventure. Does the ending leave you scared? Run away, you’ve found horror. Do two characters fall in love, and end up together? Romance.

But even that feels a little simplistic. By these rules, the movie version of Jaws would be a comedy or an adventure. And I wouldn’t disagree with that finding. But the film has a big monster and a lot of people die, so surely horror should be in the conversation? It also has a lone, truth-telling lawman standing up against corruption, which means we’ve just opened up a can, and the worms are…everywhere.

Usually we’ll get a little more specific. Genre becomes about rules. The form of the piece, rather than the function. Structure. Style. The route the story takes to get to that final resolution. A crime story can make you laugh or cry, or thrill you, but has its own set of rules that mean it’s still crime fiction. Is your story driven by a question that the reader knows the answer to, but one or more characters don’t? We could say that’s a thriller. Is everything pushed along by a question that the reader doesn’t know the answer to, but one or more character does? We have ourselves a mystery. Are bad and otherwise preventable things happening to good people? I think that’s a noir.

Even the names we give to various genres begin to reveal that we’re not really agreeing on anything. Western? Okay, that suggests it’s all about setting. But sci-fi? That’s more about speculation. Horror, as we’ve seen, is about the emotional effect. Espionage? That’s about the activities the characters are taking part in.

What I’ve become fascinated by, and where I seem to live as a writer, is exploring the concept of genres that hide within other genres. The marketing department might need to sell the work a certain way once it’s done, but how can we play with genre during the writing? What happens when you put the rules of one inside the packaging of another? Or when you decide to simply push two together into one story?

Raiders of the Lost Ark is an adventure movie. I think we can all agree on that, right? What if I told you it’s a heist movie? It has all the key beats and is built around a protagonist breaking into a vault, only to have the loot snatched away by the bad guys. You can line Raiders up against The Asphalt Jungle or The League of Gentlemen and see they share key ingredients. But the film was also a love letter to adventure movies like Secret of the Incas and old matinee serials. Raiders has become almost a new genre in itself. “An Indiana Jones-style adventure” is a phrase that often gets used to describe a book or a movie.

But here again, if Raiders did something fun by wrapping the structure of a heist movie in the clothes of an adventure, doesn’t this explain why none of its sequels or imitators have felt the same? Temple of Doom, Last Crusade, and Kingdom of the Crystal Skull all lean—to varying degrees of success—into action, adventure, sci-fi, horror, and comedy. But none of them ever feel like a heist. They’re all designed to be Indiana Jones-style adventures, and follow those rules, but they’re based on a story that was borrowing liberally from a completely different playbook.

I realize now, most of my favorite books and movies do this. Out of Sight uses some of the familiar tropes of crime fiction to present a doomed love story. Defining the genre of Jaws can be a fun afternoon’s drinking, and largely depends on whether you see Brody or the shark as the protagonist. Ghostbusters is about a bunch of science geeks who found a tech start-up and use this technology to save the city. So it’s sci-fi, right? Except it’s also a film that fully commits to the existence of ghosts and demons and parallel dimensions, so it’s kind of a horror movie. But the whole point of the thing is to make us laugh, so it’s a comedy. Here, it’s the feeling we’re left with that wins out.

Robocop seems firmly planted in sci-fi. And yet, it’s a story about a new gunslinger in town who is taken down by the criminal gang that are terrorizing locals, under the watchful eye of corrupt officials, and who then returns to exact justice. It’s more of a western than most modern westerns. It’s High Tech Plains Drifter. Except…was High Plains Drifter a western, or a ghost story? It plays by roughly the same set of rules as The Crow, which is not a western, but might be a ghost story.

Let’s look at two different spy franchises. Both the Bond movies and Mission: Impossible could be said to be espionage. But Bond, the literary creation of Ian Fleming, was very much a British version of Chandler’s Marlowe—the errant knight, sent to fix wrongs. Structurally, the novels were hardboiled detective stories dialed up to eleven. Swap out Californian mansions, alleyways, and corruption, for casinos, mountain hideouts, and world domination. The films loosely stick to this structure, but dial it up even further. The Mission: Impossible movies, on the other hand, hew far closer to being heists. Both franchises focus on spies, are built around espionage, and involve action. But the route they take—and the rules they follow—are very different. Are they the same genre?

If we accept that Mission: Impossible and Raiders of the Lost Ark both have a lot of heist movie DNA, can we mash them up against each other? What happens if you drop Indiana Jones into the middle of a spy adventure? What happens if you drop the spy into the heart of an Indiana Jones-style adventure? Could Philip Marlowe survive in James Bond’s world?

The boundaries become even more loosely defined when we look at screen adaptations from novels. The Bond movies may have kept the same basic ingredients as the books, but in other cases, it’s not so clear. As we’ve seen, the film version of Jaws can be argued to be a horror, western, or adventure picture. But the book leaned heavily into crime fiction, with a mafia subplot and lots of detail about the class struggles and corruption within the community. Both the book and the film are the same story, with the same characters, but are they different genres? The screen version of Silence of the Lambs often finds its way into discussions of horror movies, because the feeling it gives the viewer is fear, or tension, and Hannibal Lecter is arguably more of a monster than Bruce the shark. But the novel is far more of a crime fiction or mystery story.

It really feels like genre isn’t a real thing. Merriam-Webster defines it as “a category of artistic, musical, or literary composition characterized by a particular style, form, or content.” So that’s cleared everything up. Genre is stuff about stuff, loosely telling us what that stuff is.

Let’s just accept that it doesn’t exist, and isn’t a helpful way to categorize stories. Except for when it does exist, and is a very helpful way to categorize stories. If we’re going to have these boundaries, we may as well have some fun tearing them apart and splicing them back together in different ways. After all, it’s a French word, used to define Greek literature, which is regularly used in the marketing of Hollywood films. Ignore it. Study it. Have fun with it. 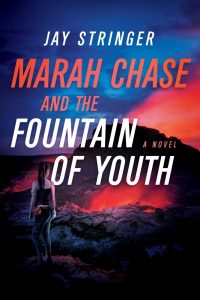 Jay Stringer is the Anthony-nominated, McIlvanney-shortlisted author of the Eoin Miller trilogy, Ways to Die in Glasgow, and How to Kill Friends and Implicate People. He lives in Glasgow, Scotland. His new novel, Marah Chase and the Fountain of Youth, is now available from Pegasus Books. 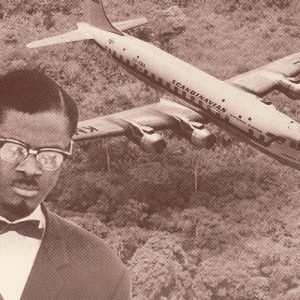 The Federation of Rhodesia and Nyasaland had hoped that its investigations into the crash of the would draw precisely the reaction...
© LitHub
Back to top