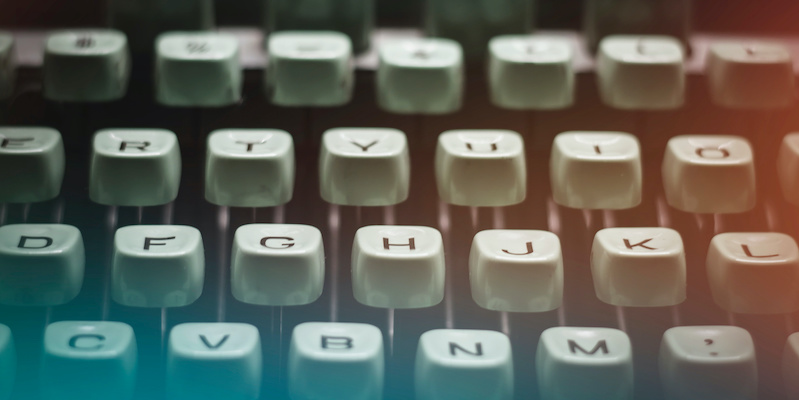 "A book lives on a bookshelf, in a book store, placed next to books by other writers, and the only collaboration is the one between the writer and the reader."

Screenwriters are taught: “Do not write what you cannot see.”

And this is why, after a career of writing screenplays and directing films, I wrote a crime novel.

A screenplay is a blue print, drawn with action and dialogue, something that exists in a slippery space, to inspire a director to film, to suggest actors fulfill characters, for a production designer to envision set dressings and costumes and hair designs that likely were not even on the page. You can’t write about what’s inside someone’s head because, well, you can’t see that. You learn to write only what people say, and what they do. Don’t direct the movie by suggesting how someone is sipping tea while loading bullets into a gun, in between each word. You can use simple parentheticals—(loading the gun)— but the rest is for the director and the actor to decide.

99 Miles from L.A. is a hard-boiled crime story with a bi-sexual love triangle, peppered with double-crosses, starring a disgruntled music professor, an unhappily married woman and a Mexican bartender who band together to steal a buried fortune. If I were writing a screenplay I would have to resort to dialogue to betray my characters’ inner lascivious thoughts, their clandestine motivations, what should be their unspoken lust!

Even when you yourself are the director of your own script, which I have been several times, you must “fire the writer.” Because there comes a time when you are helming a movie that you have to forget the text, even rewrite it if it stands in your way. The screenplay, in fact, is meant to be endlessly revised, from casting to the final edit. There is even a system for it, with hierarchical colored pages, signifying the amount of times a page has changed, from white (so rare, as it means: unrevised), to blue, then pink, yellow, green, goldenrod, buff, salmon, and finally, cherry.

Truth is, there is no “finally.” The actress doesn’t think her character would say that? Bring on the Second Blue Revision. The director cuts a scene to move the story along faster? Time for the Second Pink Revision and so on. A screenwriter is a powerless position, and a screenplay that has never been filmed is, literally, nothing. There is a long standing joke in Hollywood: No one sleeps their way to the top on a film set by fucking the writer.

I’ve spent my professional life writing screenplays, and now you know why I’ve always dreamed of writing a book. Google, “How long is a good screenplay?” A straight-forward answer appears: 90 to 120 pages. And I have had agents tell me that 117 is the magic number. Inciting incident by page 10. Turning points on pages 30 and 60. “How long is a good novel?” A hundred answers appear with multiple caveats, like “depends on the genre” and, my favorite, that, in writing a book, “rules are meant to be broken.”

A book lives on a bookshelf, in a book store, placed next to books by other writers, and the only collaboration is the one between the writer and the reader. No colored pages, no director cuts, no rules. You are allowed to create it all. You have to. The only actors, set designers, and directors are in the mind of the reader. The writer writes and the reader envisions. It’s an intimate connection and the best part is every reader sees something different—from his or her own imagination and experience.

If a screenplay is nothing until it becomes something else, a novel simply is, or, paraphrasing Gertrude Stein: Book is a book is a book.

Writing, as we all know, is still re-writing. Revising, editing, refining—My experience of getting advice about honing my novel, was so much more kind, thoughtful and focused, concentrating on how to make my work stronger, and based on helping me to achieve my goal of telling my own story. First-readers and editors worked with me to help me get closer to my vision, not to make what I’d written better suited for (insert financeable actor here) to play my character.

Let’s face it: for many of us the ultimate dream is to have our book turned into a movie. But I’ll confess my fantasy is that they hire a horrible egotistical director who casts the thing dreadfully wrong; the Hollywood screenwriter they tap for the adaptation gets bullied into changing the ending to make it happier; and fans of the novel walk out of the theater saying, “I read the book and it was much better.”

Fade out. The end. 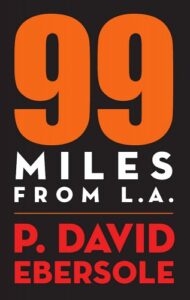 P. David Ebersole is an award-winning independent filmmaker and television director. His hard-boiled, debut crime novel, 99 Miles from L.A.will be published on May 17th(Pelekinesis) 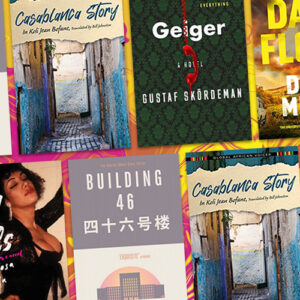 This month's international titles are sultry, atmospheric, and thrilling. From sex workers in Brazil, to language students...
© LitHub
Back to top