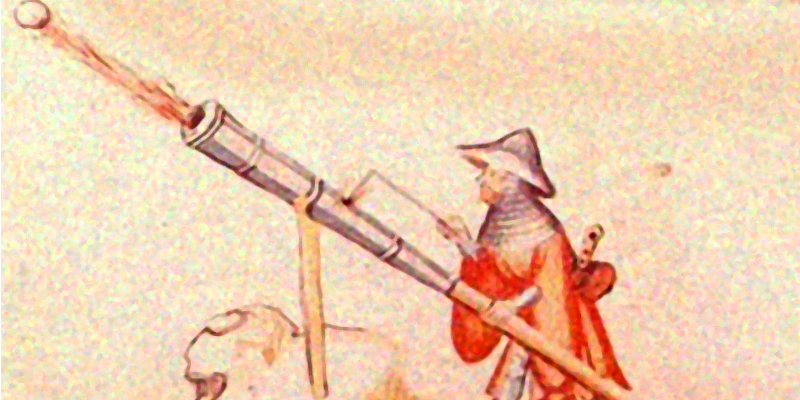 "Lawlessness reigned over wide swaths of Europe where civilization had been pushed to the brink..."

As the title of our new historical thriller The Lawless Land suggests, plenty of crimes are committed in the story. Since our book takes place in 1351—not long after the worst of the Black Plague and during the Hundred Years’ War between France and England—lawlessness reigned over wide swaths of Europe where civilization had been pushed to the brink, so the title is well-earned.

It’s fascinating (and rather appalling in some cases) that human nature never really changes. Even though our book takes place more than 670 years ago, many of the crimes we featured in the plot are just as relevant today: murder, kidnapping, embezzlement, bribery, price-gouging, and theft by cutpurses (pickpockets in medieval vernacular). However, some of the crimes and punishments were more particular to that era in Western Europe: simony (the buying and selling of church positions or benefits), excommunication (for crimes against the Church and its officers), and being armed with a sword within city walls or churches.

To make the story as authentic to the period as possible while still creating a fast-paced tale, we did extensive research to get the details right. As a brother/sister writing team, we brought different skills to the partnership. Boyd has written twelve contemporary adventure novels, including six with Clive Cussler, and Beth is an expert medievalist and senior curator of manuscripts at the Getty Museum.

Together, we read dozens of books, scoured the Internet, interviewed historians, and traveled to Europe to learn what we needed to know to craft our story. Here’s just a sample of what we found out about crime and punishment in the Middle Ages.

Murder: In a time of plague and war, murder was common, and much of it was committed by those driven to stealing for survival. As with most laws in this era, the punishment was death since prisons didn’t exist for the most part, although dungeons were widely used for temporary incarceration while waiting for trials to occur. And trials certainly did take place (when it was possible to find the culprits), presided over by representatives of the crown. On rare occasions, when two noblemen accused each other of a foul crime, a trial by combat was authorized by His Majesty. One of the unusual details we learned was that the solemn affair of a judicial duel was conducted in complete silence under pain of death, far from the raucous cheering that accompanied the jousting tournaments that often took place. Only when one knight was victorious and the other was dead did the king let the audience applaud the winner.

Kidnapping: Abduction, especially of nobles, was a common occurrence in the Middle Ages and even a source of income because of the vast ransoms that could be demanded for their return. Kings, dukes, and knights captured in battle were often freed only after their subjects or loved ones paid the required sum. Ransom was even a feature of the tournament melees where knights would go at each other with blunted lances and swords for honor and the enjoyment of the spectators. If a knight was disarmed and captured, he would have to give his word that his ransom would be promptly paid before he was allowed to leave the field. That’s where we get the legal term “parole,” French for “word.” It was considered a great dishonor for a knight to give his parole in exchange for freedom and then not pay up.

Embezzlement: Precise accounting practices were just starting to take hold in the medieval era. Clerics, or clerks, employed by the Church kept track of the vast sums coming in from their various land holdings, tithes, and donations from wealthy parishioners. Likewise, nobles had to know how much money they needed to collect for the expensive wars they were undertaking. Horses, arms, armor, ships, food, and soldiers’ wages could all cost an exorbitant amount, and if there was sloppy accounting, it wouldn’t have been hard to skim some of those coins off the top. The only thing that kept it from being more rampant was because of the fear of execution by legal decree or damnation by the Church.

Bribery: For the most part, bribery was simply a way of life in the Middle Ages. If one wanted better treatment from a lord or government official, a few extra coins was the surest way to get it. Unless you were willing to make your way as a destitute pilgrim, traveling in medieval times could be quite expensive. City gates and bridges were where many tolls were collected to allow traders and merchants to cross with their wares. To get contraband through, greasing the right palms was all that was needed. Of course, the collectors also abused their powers if they thought someone could be squeezed for extra money, so it was a sought-after position.

Price-gouging: After more than a third of all people in Europe died of the Black Plague (called the Pestilence or the Great Mortality at the time it happened), there was a great labor shortage. For the first time, peasants had bargaining power and could take their work to another lord for a higher wage. It was the initial crack in the feudal system that had reigned for centuries, and the nobles did not like that loss of control over their serfs. The king of England, among other rulers, decreed that anyone attempting to sell their labor at a higher price than was allowed by law was guilty of price-gouging. Violators  could be punished by different methods, including an unpleasant spell in the pillory, their wrists and head locked in a wooden contraption that let fellow villagers pelt them with rotten fruit and other disgusting items. This kind of treatment led to many violent peasant rebellions over the latter half of the century and spelled the eventual doom of the entire feudal system.

Theft: Since no one had pockets in the 14th century, people carried their coins around in purses tied to their waists. Those money-laden sacks presented tempting targets for thieves who would use sharp knives to separate them from their owners, similar to how pickpockets steal purses and backpacks today. But unlike today when pickpockets are sent to jail, thieves were punished with the amputation of their hands or even summarily executed in the Middle Ages.

Simony: If priests, bishops, cardinals promised church benefits or offices to someone who paid them money, each party was guilty of simony. It was such a serious offense that Dante consigned those guilty of it to the Eighth Circle of Hell when he wrote Inferno in the 14th-century poem The Divine Comedy. It’s hard to know how widespread the practice was at the time of our story, but it certainly allowed us to create fictional characters who indulged in the practice.

Excommunication: This punishment was meted out by the Church (as the Catholic Church was simply called in the Middle Ages) for a variety of offenses. Blasphemy, heresy (such as a woman wearing men’s clothes, the charge that got Joan of Arc burned at the stake), striking or attacking a Church official, simony, and apostasy (refusing to obey the Church) are just a few of the possible charges that merited excommunication. In medieval times, one’s life would be ruined by excommunication, whether it was done justly or unjustly, and people became pariahs, unable to participate in virtually any aspect of communal daily life and shunned by everyone they knew.

Armed in a city or church: Because swords were considered weapons of war, cities often did not allow visitors to walk around armed. The local sheriff or magistrate would enforce these rules, as would the cities’ squads of guards. In addition, these weapons were not allowed in monasteries or churches because those spaces were supposed to be peaceful safe havens. It’s one reason that the murder of Saint Thomas Becket inside Canterbury Cathedral during the 12th Century by sword-wielding knights is remembered with such shock to this day, because it was such an affront to every law at the time, written and unwritten. 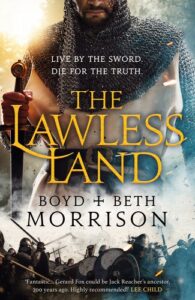 BOYD MORRISON is the #1 New York Times bestselling author of twelve thrillers, including six collaborations with Clive Cussler. His first novel, The Ark, was an Indie Next Notable pick and has been translated into over a dozen languages. He has a PhD in industrial engineering from Virginia Tech. BETH MORRISON is Senior Curator of Manuscripts at the J. Paul Getty Museum. She has curated several major exhibitions, including ‘Imagining the Past in France, 1250-1500,’ & ‘Book of Beasts: The Bestiary in the Medieval World.’ She has a PhD in the History of Art from Cornell University. 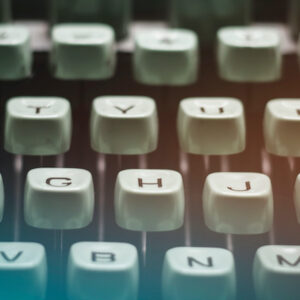 Screenwriters are taught: “Do not write what you cannot see.” And this is why, after a career of writing screenplays...
© LitHub
Back to top