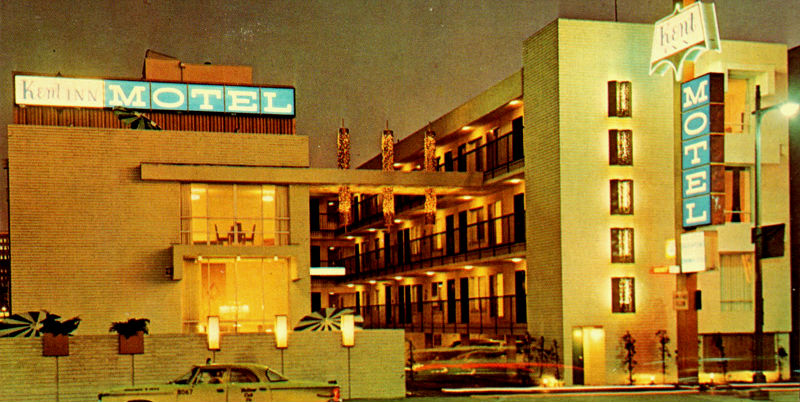 Finding Hidden Worlds in the City of Angels

You travel to Los Angeles for the first time anticipating the city you’ve seen and read about all your life. You bring preconceived ideas with you in your luggage: that there will be hopefuls rubbing shoulders with the hopeless, famous actors strolling along beaches where sun-kissed surfers dream of the Big One, and a slew of private detectives sleeping in their cars, mumbling cherchez la femme. You expect every anecdote overheard to become the twinkle of a screenplay in the waiter’s eye. You have been told that it is an ugly city, populated almost entirely by plastic, professionally beautiful people, fanatically devoted to themselves. Inveigled by a lifetime of books and movies, you believe LA is a place where anything can happen, a cunning city somehow, as though she’d snatch your soul easy as your purse. That you, as the visitor, will pay for the pleasure of her company, and while Los Angeles tells you whatever you want to hear, she sneaks glances at the clock.

And so you arrive. Driving along Sunset Blvd, you take in scenery that is somehow both new and familiar. You go up to Griffith Park, nod your head with vague disenchantment at the Hollywood sign and think: well, there she is. LA is far more beautiful than you have been told, shockingly so. So too the poverty and desperation. It turns out that the actors, the surfers, the detectives; they are all there. Some people are false, consumed with furthering their ‘brand.’ Your preconceptions are vaguely ratified. But they’re also irrelevant. Because what had comprised an entire geography in your mind is now just one small fragment—the Los Angeles that you imagined, merely a single button on a vast and sprawling dreamcoat. Very quickly you realize Los Angeles is a mirage of sorts. In the afternoon heat, you see the smiles and palm trees but you suspect, somewhere beneath the shimmer, that the real city is something else entirely. Something less dramatic, somehow. Something that, you realize now, most of those books and movies weren’t interested in talking about.

What had comprised an entire geography in your mind is now just one small fragment—the Los Angeles that you imagined, merely a single button on a vast and sprawling dreamcoat.

In the spring of 2016, I moved from my native London to Los Angeles, intent on writing a novel about a detective lost in that LA mirage. My first book, Blue Light Yokohama, introduced the world to Inspector Iwata. I had spent considerable time in Japan throughout my 20s and I knew that it was a backdrop that might intrigue readers. Back in the UK, people would often say: ‘Your book is set in Tokyo? How interesting / exotic / different.’ When they found out the sequel, Sins As Scarlet, would be set in Los Angeles, the tone shifted. ‘Don’t set it there. Everyone already knows LA, it’s been done a million times. Besides, you’re a Londoner.’ When I pointed out that I wasn’t a Tokyoite either, this was dismissed. That’s different. Of course, almost all these people had never visited LA themselves. And yet, in a way, I understood the sentiment. It probably felt like they had visited.

Like many others, I grew up on a diet of crime novels set in the City of Angels. It has captured my imagination since before I can remember. As a child watching old noir movies, I could scarcely understand how one minute the detective could be in a Downtown hotel, the next shooting it out in a Hollywood movie lot, then driving along the Pacific only to be chased up some mountain hairpin bend, then finding bones in the desert: how could all this be Los Angeles? It seemed infinite.

I understood setting a crime novel here is pretty much the literary equivalent of turning up to a Halloween party as a vampire. But simply put I had always wanted to. Now I had my chance. But more than this, I think a part of me wanted to prove those people wrong. They didn’t know Los Angeles, they only thought they did. I wasn’t intimate with LA in any great sense, I had only been a few times but I felt instinctively that there was an entire city that lay beyond the clichés and the tropes that many Americans, let alone Brits, did not know. A day trip to Universal Studios and a hasty schlepp along Hollywood Boulevard is as much Los Angeles as Buckingham Palace and Big Ben is London. And yet, off the back of a million stories, those people really felt they knew it. In contrast, I had always carried the intrinsic suspicion that Los Angeles is a concrete collision between fiction and reality—that the city itself exists somewhere between and below the stories, the rest of it unknown.

I had always carried the intrinsic suspicion that Los Angeles is a concrete collision between fiction and reality—that the city itself exists somewhere between and below the stories, the rest of it unknown.

So I spent the year walking the streets, smelling the smells, tasting the tastes. I became a Los Angeles zoologist. I came to give Uber drivers short-cuts, identify where good gas prices might be found. I learned that it didn’t matter if you were a Londoner or Lebanese or Latvian, Angelenos didn’t much care. All cities live on their transplants but none so wholly as Los Angeles: near every pothole tended, every table waited, every supermarket stocked, was done so by the fruits of those from elsewhere. In this city, like London, this simply isn’t a talking point. It’s just how it is. I found a city of staggering polarity. Those that have, have it all. Those that have not are truly are up the proverbial creek here. I also found a city of the everyday: people going to work, stuck in traffic, making small talk while ordering coffee. Not everyone is on the make. Not everyone is a millionaire or a gangster. Some people are plastic, but most are friendly. Spend a week in Los Angeles, you will probably not see anyone famous. Those hopefuls, those hopeless, those surfers, those actors, they are all here, but most of them are not from here. Little Bangladesh, Little Tokyo, Little Armenia, Chinatown, Inglewood, East LA, Thai Town, Koreatown, Fairfax, Vermont, Filipinotown—communities kneaded together by palm trees and bad traffic—an entire globe can be travelled in one city, the world’s cuisines tasted, 10,000 languages overheard. In Santee Alley, just like in a hundred other neighborhoods in this town, you will hear Spanish spoken fifteen different ways. And yet often this city is portrayed in stories as a plastic playground for the rich and famous or sepia-tinted mobsters, inhabited, almost exclusively, by white people. Everyone knows LA.

I set out to write Sins As Scarlet as an homage to this city’s beautiful contradictions and stark hypocrisies. My intention was to create a story beyond the LA that detective stories tend to give us. And while I wanted Inspector Iwata to acknowledge the city’s classic tropes—seedy Sunset motels, speculative scores, stardom, savagery—I wanted him to largely bypass the same old tired LA stories. I’m not saying Sins As Scarlet is a faithful or even accurate portrayal of life in this city—it’s not even my city to chronicle. Only that I tried my hardest to reflect that slices of life that I have witnessed in the last two years, slices which are not always exposed in art. I don’t know why LA stories often look the other way. Perhaps, in the seat of fame and sensationalism, it’s no great surprise that often stories in this genre are constructed around the axiom: the truth will get you killed.

Today, I feel like I almost belong in the Los Angeles unbelonging. I feel the vast yearning of its sunsets, its colors augmented by the smog. I skirt tourists gawking at sidewalk stars and feel sorry for them: they probably won’t taste a taco prepared by the side of an East LA road under colored lightbulbs. They probably won’t raise a Ray’s Mistake. Hear Randy Newman at Dodger Stadium. Sit down to a chicken tarna at Zankou’s. Make small talk with an amputee in Skid Row. They’ll go Venice Beach and miss the majesty of El Matador. They’ll miss the ‘real’ Los Angeles, whatever that is, and trudge around the bromide postcard city instead.

Two years ago, I didn’t really know why I wanted to set my book here, it just ‘felt’ right. Now I understand it’s because this city has been inspiring me my entire life from afar. Living here, that inspiration has only magnified. When my family visits, I still take them to see the walk of fame. I ask them if it’s what they expected, their idea of LA dissonant with its actuality, both present and absent, like a movie star’s handprint. I take them up to Griffith Park, past the Hollywood sign. Instead, I gesture to the infinite cityscape below, its single-mindedly straight lines glittering into evermore and think: there she is.

Now when people tell me that LA has been ‘done’ a million times before, or that everyone knows it, I shake my head. Nobody knows LA. Not even Angelenos.

NICOLAS OBREGON is British, born of Spanish parents, and grew up between London and Madrid. Currently an editor for a legal publishing company, he previously worked as a travel writer and gained extensive experience of Japan. Obregon lives in the UK, and Sins as Scarlet is his second crime novel.

The Best Crime Podcasts of 2018 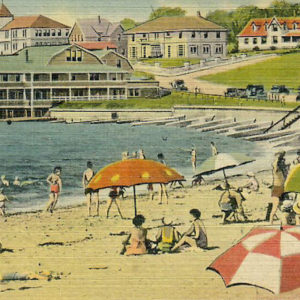 Coastal New England is iconic in people’s imaginations. Whether you’ve vacationed in a scenic Cape Cod or Maine village...
© LitHub
Back to top