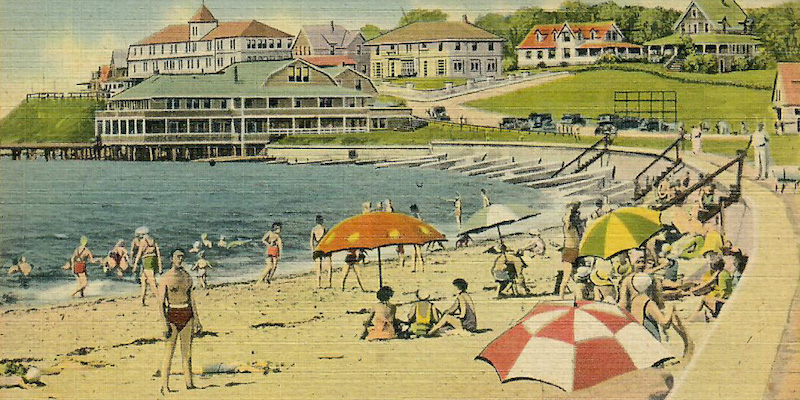 What Goes Better with Salt-Water Taffy Than Murder?

Coastal New England is iconic in people’s imaginations. Whether you’ve vacationed in a scenic Cape Cod or Maine village or only read about it, you can picture seagulls keening overhead, lobster buoys bobbing in the cove, waves splashing on rocks or sand as a fishing boat chugs by, and shops full of salt water taffy and creamy ice cream to follow your lobster roll.

What better setting for a cozy mystery, then? The amateur sleuth has a stake in the community, be she proprietor of a bicycle shop like Mac Almeida in my newest book, Murder on Cape Cod, A Cozy Capers Book Group Mystery; a woman who runs a clambake business with her family; or a cat café owner. She—or he—has a strong reason to want justice and equilibrium restored to the people she loves. The weather on the coast can be sunny and breezy, foggy and mysterious—as it is when Mac stumbles over a body on the bike path—or blustery and threatening, any of which lend important atmosphere to a story.

So here are some of my favorite cozy mystery series set in coastal New England. (Full disclosure: I blog with both Barbara Ross and Cate Conte, but my opinion on their books is entirely unbiased.) 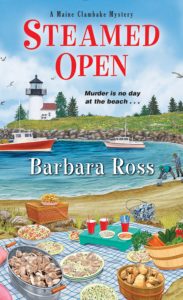 I have to start with Barbara Ross’s Maine Clambake Mysteries. At the start of the series, Julia Snowden abandons her high-power corporate job in New York to help rescue the family’s clambake business in Busman’s Harbor, Maine. In Steamed Open (Kensington Books) book #7 in this popular series, a mysterious new neighbor blocks access to the beach, cutting off the Snowden Family Clambake’s supply. After Julia urges the man to reconsider, she’s the last to see him alive—except the person who stabs him in the neck with a clam rake. Ross doesn’t hesitate to tackle the difficult issues that confront year-round residents of touristy towns, while at the same time keeping the tone light, the language clean, and the violence primarily off the page. The delicious recipes in the back are an added draw. 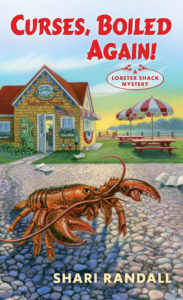 Shari Randall writes a fun Lobster Shack Mystery series (St. Martin’s) set in coastal Mystic Bay, Connecticut. Ballerina Allie Larkin has come home to heal a broken ankle and lends a hand at her aunt’s Lazy Mermaid Lobster Shack with catering and working on the lobster boat. Allie also gets embroiled in teasing out secrets connected to the murder of a young woman in Against the Claw, secrets kept close to the chest by the local wealthy as well as those who work on the piers. Randall tells a suspenseful tale with humor and delight. 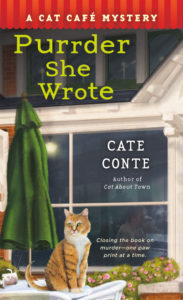 The Cat Café Mysteries from St. Martin’s are a wonderful addition to the canon. Cate Conte enchants us with her mysteries featuring fictional Daybreak Island, cat café owner Maddie James, her Grandpa Leo—former police chief of the island—and Junkyard Johnny, a rescue cat who is the real star of the series. The setting, off the coast of Massachusetts, makes the whole island the village, a perfect setup for a cozy. Purrder She Wrote keeps you turning the pages as Maddie tries to keep her new business afloat and solve the murder, too, before her nine lives are up. 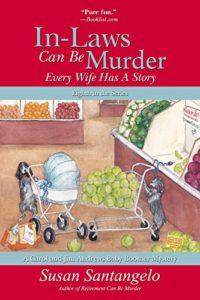 Susan Santangelo writes a widely read series set on Cape Cod, the Baby Boomer Mysteries (Baby Boomer Mysteries Press). In-Laws Can Be Murder is the latest, and it’s as light-hearted and zany as its predecessors. Many cozy readers relate to a protagonist who is an enthusiastic grandmother and firmly in the baby boomer cohort. 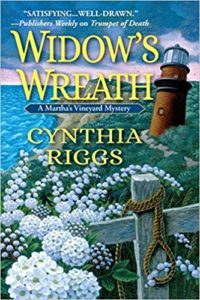 Last but not least—and featuring another senior sleuth—is Cynthia Riggs’ long-running Martha’s Vineyard Mysteries (Crooked Lane Books). Feisty poet and B&B proprietor Victoria Trumbull, age 92, is the protagonist. She knows everyone in in the island town, and their secrets, too. The most recent installment, Widow’s Wreath, includes an ill-fated wedding at Victoria’s and a happily-never-after scenario. This is a truly engaging series. 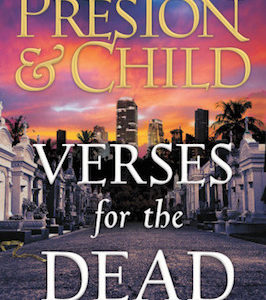 Pickett looked up at the clock: 1:00 pm exactly. As if on cue, the sauna door opened and a man stepped in. He glanced over...
© LitHub
Back to top