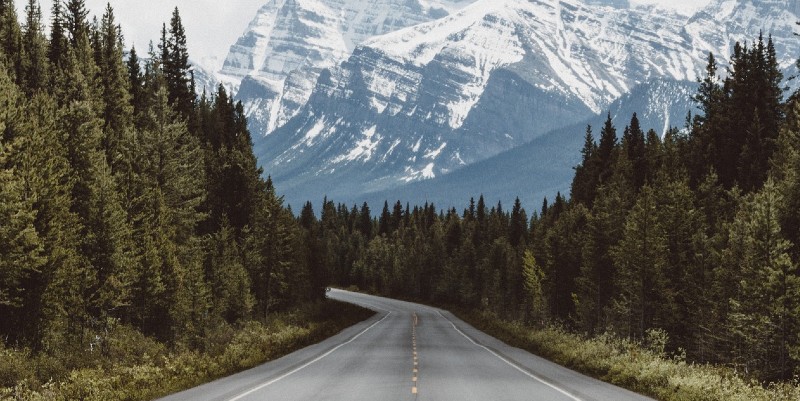 The big, lonesome state is the perfect setting for crime fiction—and has drawn in some of the genre's greatest talents.

The hardboiled detective novel was born in Montana.

Dashiell Hammett was fully ensconced in San Francisco by the time he jump-started the hardboiled genre with the four-part serial that would become 1929’s Red Harvest. Yet when Hammett needed a setting treacherous enough to imperil his nameless Continental Op, he didn’t choose the foggy Bay Area or rain-soaked Seattle, where he’d convalesced during the war, or even the Philadelphia and Baltimore of his transient childhood. Instead, he dreamed-up Personville, a fictionalized version of Butte, Montana, where Hammett spent time as a Pinkerton’s detective in the late 1910s.

Personville—aka Poisonville—was a labyrinth of crooked cops and warring mobs perched high in the mining country of the Rocky Mountains. Real-life Butte back then was a rollicking urban outpost of over 100,000 people amid Montana’s otherwise rural expanse. Known as the “richest hill on earth,” it sat atop one of the largest copper deposits in the world. For nearly a century, the mighty Anaconda Mining Company ruled the state unchecked from the sixth floor of a brick-and-copper encrusted office building in Butte’s bustling city center. The city’s reputation as a paragon of industry was matched only by its appetite for sin. In boom times, Butte’s mines ran 24 hours. Local saloons largely ignored Prohibition throughout the 1920s and its red-light district—nicknamed “Venus Alley”—was famous throughout the west. Violence and corruption reigned, as Copper Kings, cops on the take, labor agitators and street gangs all battled for physical and political turf.

After Red Harvest, Hammett never wrote about Montana again, but the seeds were planted: the Treasure State remains the perfect place to plot a mystery. Hammett, along with three other contemporary and classic authors, exemplify how the state’s landscape and sometimes insidious nature are ready-made for noir.

As the fourth largest state in the union, Montana straddles the Great Plains and the Rockies, shares a rugged, 545-mile border with Canada, contains parts of two of the country’s best-loved National Parks (Glacier and Yellowstone), seven Indian reservations and just over 150,000 miles of road—most of it the kind where you wouldn’t want to get a flat. Meanwhile, the total human population barely crests one million. It’s big. It’s isolated. Even in 2020, there are large swaths of the state where you still can’t get cell phone service.

Many of those traits obviously make it an easy fit for mystery writers, but perhaps Montana’s single biggest strength as a setting for crime stories is its sheer versatility. This is a state that can wear many sturdy hats. It can function as a character unto itself or as a pristine canvas, ready to reflect and amplify a wide array of human frailty. If “place is the language detective stories secretly speak,” as Dead Girls essayist and sometime Montanan Alice Bolin posited in a 2014 piece for the LA Times Book Review, then Montana provides a uniquely robust vocabulary.

For a writer like James Lee Burke, the state’s sheer wildness—natural and otherwise—made it a perfect home away from home for tortured Louisiana ex-cop Dave Robicheaux, who serves as the protagonist in twenty-two of the author’s lushly written novels. Burke first came to Montana in 1966, to take a teaching position at the University of Montana in Missoula and was reportedly so bowled over by state, he told his wife: “This is it. I’m going to kick the bucket here.”

It’s no wonder why he was swept away. Burke’s work is so focused on natural splendor that sometimes it feels like Robicheaux’s personal trials are merely what happens between descriptions of lightning exploding over empty fields and morning light spreading across the plain. Montana was the perfect change of pace from the bayou, a location simultaneously rough and malleable to keep up with the former New Orleans homicide detective and his many tormentors.

By 1989’s Edgar Award-winning Black Cherry Blues, Burke began sending Robicheaux on regular sojourns north. It’s easy to imagine Burke reacting to his new surroundings in Montana with the same restrained awe as Robicheaux the first time he sees Missoula, about a third of the way into the novel: “I followed the Clark Fork River through a cut in the mountains called Hellgate Canyon, and suddenly under a bowl of dark sky the city spilled out in a shower of light all the way across the valley. Missoula was a sawmill and university town, filled with trees and flowers, old brick homes, wooded parks, intersecting rivers glazed with neon light, the tinge of processed wood pulp, rows of bars where bikers hung in the doorways and the rock music thundered out into the street.”

Yet, Robicheaux’s view of Montana is that of a man haunted by mistakes of the past as well as fresh hazards. As a recovering alcoholic doing his best to live as a square john, he outwardly wants nothing more than to run his Louisiana bait shop and raise his adopted daughter in peace. But a revolving door of organized crime figures, corrupt politicians and inner demons won’t let him rest—the “life,” as Burke occasionally calls it, keeps pulling him back in. The relative bucolic order of Missoula, paradoxically makes Robicheaux anxious. His palms sweat at the sight of it.

Burke has managed the curious trick of becoming the godfather of crime fiction in both Louisiana and Montana. As an MWA Grand Master, as well as the winner of both an Edgar and a Guggenheim Fellowship, he enjoys rock-star status at his Montana readings and events. His are among the only Missoula literary functions where a packed crowd—some wearing T-shirts emblazoned with the name of Robicheaux’s fictional bait shop—will whoop like a late-night talk show audience at the mention of a favorite character’s name.

If Burke remains the patron saint of the Montana mystery genre, then James Crumley was certainly its favorite bartender. While Crumley never equaled Burke’s commercial success, he became arguably Montana’s most influential crime stylist by casting the state as a desolate backdrop for his characters’ endless wanderlust. His swashbuckling, self-sabotaging protagonists C.W. Sughrue and Milo Milodragovitch can’t seem to sit still, and Crumley gleefully set them loose across Montana’s other greatest natural resource: its copious saloons and taverns. Did I mention Montana also consistently ranks in the top five for per capita alcohol consumption? That it is tied with Vermont for the highest per capita number of craft breweries in the United States? In other words, it’s a great place for detectives who prefer the great indoors as well.

Originally from South Texas, Crumley was turned onto detective fiction by poet Richard Hugo while the two attended graduate school together in Missoula. Crumley never won an Edgar or scored a bestseller, but his first two crime novels, The Wrong Case (1975) and the seminal The Last Good Kiss (1978) inspired a generation of copycats, using Montana’s dark, smoke-filled watering holes to contemplate guilt and loss, and to revel in the singular nostalgia of rough-and-tumble men.

The Last Good Kiss sends Sughrue—like Robicheaux, a troubled Vietnam vet—on a bar-hopping road trip in search of author Abraham Trahearne (a character recognizably based on Hugo). Sughrue cracks the case early in the novel, but locating Trahearne only leads to another mystery, neither of which end up mattering much in the end. The Last Good Kiss soars not so much on plot as a showcase for Crumley’s poetic soul and the lyrical mayhem that ultimately became his calling card.

“I found myself chasing ghosts across gray mountain passes, then down green valleys riddled with the snows of late spring,” Crumley wrote of Sughrue’s hunt for Trahearne. “I took to sleeping in the same motel beds he had, trying to dream him up, took to getting drunk in the same bars, hoping for a whiskey vision. They came all right, those bleak motel dreams, those whiskey visions, but they were out of my own drifting past. As for Trahearne, I didn’t have a clue.”

Crumley lived as his characters did. His final novel, The Right Madness (2005), featured a lengthy dedication to all those who’d helped him during his mounting medical troubles. That included “the nurses at the ICU at Community Hospital (who) saved my life as kindly as they could.” He died in 2008 from complications of kidney and pulmonary diseases.

Contemporary Montana mystery stylist Gwen Florio also draws on personal experience to inform her characters, though perhaps in a healthier way than Crumley ever did. Florio’s scene-stealing Lola Wicks begins her arc as a hardened foreign correspondent for as east-coast newspaper, the same job Florio held down for years. Wicks comes to Montana after being recalled from Afghanistan and told the paper is shuttering its foreign bureaus. In Florio’s wonderful first book, titled Montana (2013), the state takes shape as a foreboding and isolated place where danger lurks in and around the remote fictional town of “Magpie.”

The novel opens with a woman huddled with her dog on a steep mountainside, staring down death at the hands of an intruder armed with a semi-automatic rifle. The woman happens to be an old friend of Wicks’ and Wicks makes the trek to Montana to meet up with her while still “fighting the culture shock of First World re-immersion, bumping up against the hard, shiny edges of hygiene and haste.” Unfortunately, she arrives to find the friend murdered and Montana a different sort of foreign land. She encounters a barren place where nameless roads are marked on hand-drawn maps only by lonely trees, where IED-wounded veterans slump in doorways and she has to swerve to avoid hitting a cowboy astride a horse. After appearing right at home in the Afghan highlands during an earlier chapter, she’s immediately a fish out of water in the American West.

“Bare foothills bunched like fists, knuckled ridges pressing back against the weight of sky,” Florio writes. “The road arced around the hills in lazy swooping curves, then without warning hair-pinned through cliffs that leaned in above her, slicing the sky to manageable size.”

Herself an award-winning former foreign correspondent, a native of Delaware but longtime Montanan, Florio writes about the state with the command of a local but the fresh perspective of a world traveler. After a dive into literary fiction with 2018’s Silent Hearts, she is now at work on a new Montana-based mystery series to be published by the UK-based Severn House.

In the five books featuring Wicks, Florio sets the journalist off on adventures in far-flung locations around the west. In Montana, Wicks’ status as a world-weary newcomer allows the state to do what it does best, revealing its secrets in a way that feels revelatory to both characters and reader.

Since Hammett’s early foray here near the dawn of the 20th century, Montana has been a compelling muse for mystery and crime stylists. There is beauty here, but also danger; not to mention just about every other thing you could need to make your story sing. With its singular mix of rural and semi-urban settings, natural wonder and manmade vice, it continues to be a haven for writers who want to do dirtier things than have a river run through it. 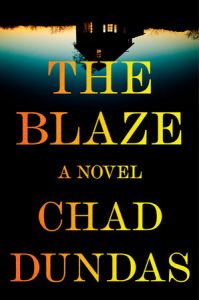 Chad Dundas earned his MFA from the University of Montana, and his short fiction has appeared in the Beloit Fiction Journal, Sycamore Review, Sou’Wester, and Thuglit. Since 2001, he’s worked as a sportswriter for national outlets including ESPN, NBC Sports, Sporting News, Bleacher Report, and the Associated Press, as well as local and regional newspapers. A fourth-generation Montanan, he lives with his wife and children in Missoula. His latest novel is The Blaze, now available. 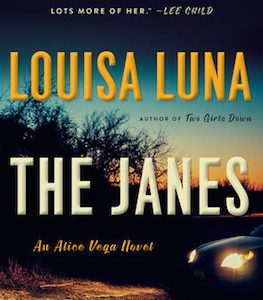 The temperature on cap’s dashboard read 84, but the high dew point was the real killer, the thickness in the air. Everything...
© LitHub
Back to top