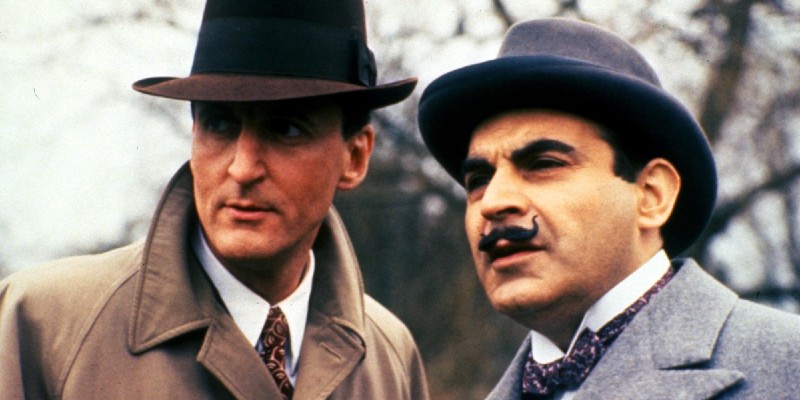 Why Odd Couples and Opposites Make for Great Crime Fiction

What would Poirot do without Hastings and his consummate Englishness?

My upcoming debut historical mystery, Absence of Mercy, features a detective duo. One of the questions I’ve been getting is why did I choose to write about a crime-solving pair rather than a solo gumshoe?

The answer is easy: when I want to escape into a good book, I always reach for buddy mysteries.

Although there are dozens of awesome fictional partnerships, I think most of greats have at least a smidge of what I’ll call the Odd Couple dynamic. (Bonus points if the pair initially despise—or are at least suspicious of—each other.)

No doubt that reference to Neil Simon’s play dates me a little, but there is just something timeless about Oscar Madison and Felix Unger.

Clearly mystery isn’t the only genre that enjoys tossing opposites together and watching the sparks fly. Authors love the opposites attract trope (romantic or platonic) because the tension is inherent and the radically different personalities make for entertaining interactions between the characters.

Oscar and Felix are a classic example of personality differences: laid-back versus uptight. But there are a multitude of differences that make for good reading: class, political views, nationality, and gender, to name a few.

Before I explore some opposites in crime, let’s have a detective duo quiz.

Here are ten of my favorite detective pairs; guess the other half of the pair (try it first without looking up the answer on the internet)

My favorite fiction duo, hands down, is Hercule Poirot and Captain Hastings.

When we first meet the pair in The Mysterious Affair at Styles, they’re already friends—which never ceases to amaze me.

Why am I amazed?

Because it’s pretty clear that Poirot often thinks Hastings is an idiot. Have you ever noticed how frequently Hastings makes a contribution to solving a crime and is unaware that he’s actually done anything?

Agatha Christie definitely has a good time with national stereotypes, as well. Hastings is amused by Poirot’s gallic characteristics and Hastings’ very Englishness is often the catalyst that stimulates Poirot’s little gray cells.

The lack of a personal life for one partner seems to be a popular theme.

Take dapper lady’s man and gent-about-town, Archie Goodwin, who works for agoraphobic and misogynistic Nero Wolfe, a private detective who has shut himself off not only from romantic or family attachments, but from the outside world, itself.

And while Arthur Conan Doyle might have hinted (hint being the operative word) that legendary eccentric Sherlock Holmes had a love interest in Irene Adler, one could argue that Holmes’s real lover was cocaine.

Watson—on the other hand—not only managed a wife, but perhaps had as many as six spouses, according to Watson theorists at the John Watson Society.

In MJ Carter’s The Strangler Vine, William Avery and Jeremiah Blake both have personal lives, but politically and socially the two represent the extremes of the British Empire.

Avery’s upstanding, gung-ho, stiff upper lip and Blake’s world-weary disenchantment make for a fascinating partnership not only in India—where their story begins—but also after they return to Britain.

Then there are those pairings where you constantly wonder if the partnership will survive the book you’re currently reading. An excellent example of that is Arkady Renko and Victor Orlov.

It’s interesting to note that author Martin Cruz Smith didn’t give Renko a permanent partner until Wolves Eat Dogs, so I was really surprised when I learned that Victor made it to the next book. And here he still is—drunk, volatile, and unpredictable—in Cruz Smith’s most recent offering, Siberian Dilemma.

And then you have sleuths who marry …

One of my favorite married couples is Victoria Thompson’s Sarah Brant and Frank Malloy. Sure, there is a class difference (which is always fun to explore), but the real difference between Frank and Sarah is their worldview. It’s a classic buddy pairing—the cynic meets the idealist. Will an infusion of optimism save Frank from surrendering to the corruption that is rampant in the New York City police?

You’ll have to read to find out!

If you’ve never had a chance to read Danish writer Jussi Adler-Olssen’s Department Q novels, you’ve got a treat in store.

Carl Mørck is disenchanted with Denmark in general, his personal life, and his new job in the basement working cold cases.

Carl isn’t given a partner, but he finds one in the mysterious Assad, a janitor for the police department.

Although it is Assad who is the immigrant—with a hilarious penchant for mangling Danish locutions and introducing Arabic idioms—I find that Carl is the one who often seems more estranged from his own country.

So, what makes my own creations—Lord Jasper Lightner and Hieronymus Law—an interesting duo?

Lord Jasper is the second son of a duke, an army officer who suffered a head injury in the Battle of Balaclava, and a detective inspector in Scotland Yard’s nascent Detective Department (this is years before the CID).

What could be more fun than to pair a member of the English aristocracy with Hieronymus Law, an Irish-German Catholic orphan who grew up in the infamous Five Points area in New York City?

Not only does class, wealth, and education separate the two men, but their national backgrounds are wildly different. For all that Pre-Civil War America and Victorian Britain share the same language and history, the cultural differences abound.

I know I’ve only discussed a few duos and there are hundreds more. I’ll throw it out to you readers—what do you look for in your detectives? Have I been criminally negligent and overlooked a classic duo? Who would you like to see paired up in a mystery? 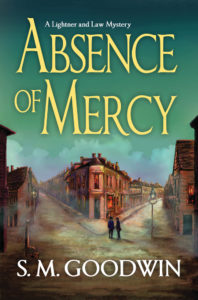 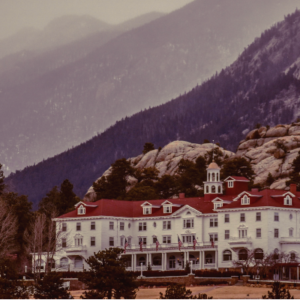 An isolated setting in a psychological thriller can serve as a character in itself, providing an eerie and tense atmosphere...
© LitHub
Back to top