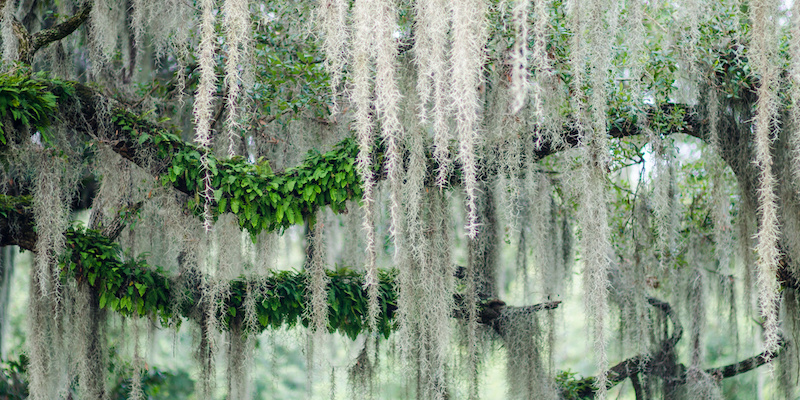 "It's within that cloudy veil that separates the natural from the supernatural that many of the best Gothic tales live."

Via Off Limits Press

Desolation. A murky recognition of a perilous past. Demons—both literal and mental.

Countless signposts of Gothic Literature are in lock-step with the queer experience, making the metaphors both simple and poignant. The murky waters of the countless stagnant ponds that populate our favorite works in the subgenre can easily represent the muddy family relationships that litter the landscape of the queer community, hiding unknown skeletons. It’s not hard to see all those once grand plantation homes, framed by massive moss-draped oaks, long ago abandoned and left to rot, as standing relics of the hetero-normative expectations placed upon most young queer people—societal expectations rejected, discarded, and left to be reclaimed by the humid southern climate.

While being openly queer in this country carries much less of the stigma it did just mere decades ago, there are still countless pockets of this nation, particularly in the South, that hold on to that antiquated bigotry with sweaty, terrified, abandon. There are countries in 2022 where saying aloud the words “I’m gay” is a death sentence. These are real fears faced by queer people in the real world, and fiction is a way for many of us to explore and understand those fears safely. Particularly Southern Gothic literature, with its terrors presenting in much less brutal and nihilistic ways.

As a partition of the horror genre, Southern Gothic conjures images of blue moonlight filtering through trees, lantern-lit rooms full of antiques, lost loves and heartbreaks. Though there are always exceptions to every rule—hence the fun in writing— masked maniacs with kitchen knives and vivid depictions of squirm-inducing body horror generally take up no residence in Southern Gothic tales. They’re less about the fear of pain or physical injury, and more about the fear of psychological torment of the type many in the queer community inflict upon themselves as they struggle to find their place in a world that far too often feels made for others.

It’s within that cloudy veil that separates the natural from the supernatural that many of the best Gothic tales live. As characters move through these dark places, we watch as their ability and will to reasonably explain away supernatural events slowly erodes, leading to the inevitable realization that there is more to this world than their stunted understanding can grasp. That recognition, that there’s no use in fighting what just is, is another concept that speaks to countless queer people’s experiences, including my own.

I wasn’t honest with myself about who I was until I was thirty years old. There was no fear of being rejected or unloved by my family, nor was there a concern that I’d be ostracized or shunned, I just had to go through the process at my own pace. Though I knew I was “different” from a very young age, I fought it, thinking that my queerness was something I could ignore long enough that I’d forget it existed, or that I could tuck it away, securing it in a chain-wrapped trunk to be tossed into the bog and swallowed by the earth, never again to be discussed. I think it’s a familiar story among queer folks, that wishing we could be like everyone else. Be “Normal.” It’s that sense of otherness that resides in the recesses of a queer person’s psyche that tells us we’re not good enough, not worthy enough, that we’re alone. It’s a recipe for mental anguish and eventual destruction, and one that leads many, myself included, into substance abuse and eventual addiction.

It’s that loneliness that attracted me to writing AS DEAD THINGS DO as a novel. Though the protagonist, Caleb, is no longer struggling with accepting his sexuality, he’s recently been betrayed by his husband’s infidelity, and finds himself in this tiny North Carolina town trying to come to terms with the fact that the one person who he trusted the most could have deceived him in such a humiliating, personal manner. Inevitably he blames himself, and has nobody to turn to, so when strange things start happening around the land they’re living on, all those doubts and self-destructive thoughts that all queer people are all too familiar with start to once again take root.

There’s something so specific and obviously personal about writing the main characters as a gay couple, but also something so incredibly universal. Gothic literature, by its very nature, is about love, and a couple enduring a tumultuous period in their relationship will feel familiar to anyone who has ever had a significant other. It was important to me to present a realistic, monogamous gay couple fighting to save their marriage to make it clear that straight couples don’t have a monopoly on marital strife.

Placing the drama against the backdrop of rural North Carolina allowed me to both lean into as well as defy the conventions of the South. I had no interest in painting the area, which I adore, with any sort of blanket stereotype, which allowed me the space to concentrate the plot on the growing malice of the supernatural entity instead of any played out community bigotry. The gorgeous terrain of the region, often colored by moonlight and veiled in a slow-creeping fog, is a character itself, a prevalent aspect of Southern Gothic literature. It leans into its environment in order to paint the imagination in haunting hues of a forgotten past, rife with shadows deep enough to conceal our greatest fears.

The past, whether ran from or destined to repeat itself, is a defining characteristic of both the Queer experience as well as Southern Gothic Literature. We all stand on the shoulders (or graves) of those who came before, and by weaving the past into these tales of modern horror, we often catch a glimpse in the darkness of something bigger than ourselves. It’s haunting, often terrifying, but never without an element of romance. And I can think of no better community to tell stories about than the one that has, for generations, fought and died for the right to love.

What’s more romantic than that? 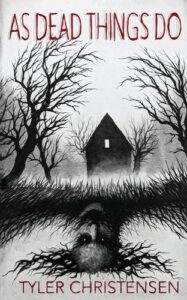 Christensen is the author of the Southern Horror fiction novel AS DEAD THINGS DO, published by Off Limits Press. The first novel from the award-winning screenwriter debut at #1 in LGBTQ Horror Fiction on Amazon when it was released earlier this month. Christensen is a screenwriter and director (2016’s House of Purgatory) who grew up in Wisconsin, currently living in Los Angeles with his husband and rescue pup Brom Bones. 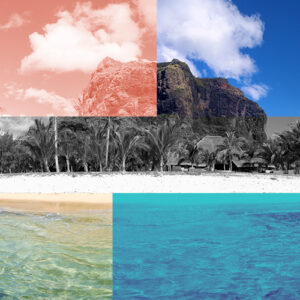 In a novel, an effective setting transports the reader, immersing them in the narrative and creating a believable physical...
© LitHub
Back to top