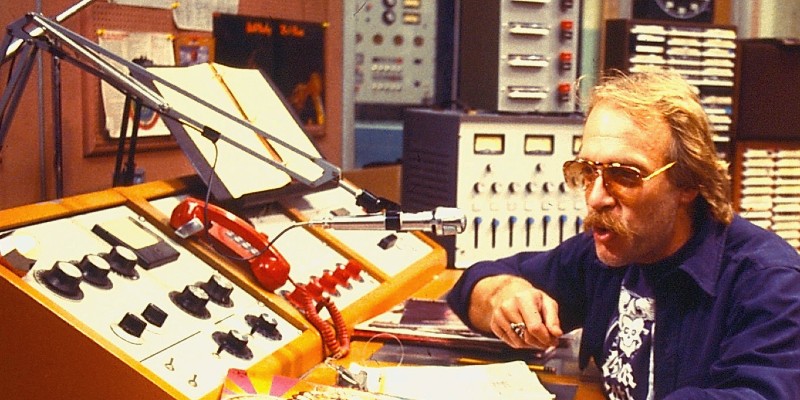 Long nights, mysterious callers, and a fear of the dreaded 'dead air'

When discussing the lifestyle of a radio DJ, most people probably would fall back on the television sitcom WKRP in Cincinnati as the authoritative source of their knowledge. The comedic tales of Dr. Johnny Fever, Venus Flytrap, and the rest of the gang at WKRP painted a picture of broadcasting as being a career filled with raucous fun and excitement. It was certainly an influence in my decision to take a job as part-time DJ at a small station in southern New Jersey in 1990.

To my surprise, that first radio job was far from being the lively gig that I was anticipating. In fact, working the Saturday overnight shift was about as boring as reading a poetry book written by a third grader, or just reading poetry in general. The only human contact I’d have during the entire night was the few minutes that I’d talk to the DJ whose shift was ending, and my replacement in the morning. The rest of the shift was six hours alone in a darkened radio station and a claustrophobic broadcast studio. Apart from having a second-floor view of a small riot on the city street below one summer’s night, the experience was wholly uneventful.

Don’t get me wrong. WKRP in Cincinnati wasn’t all lies. In fact, depending on the station, a radio DJ could find themselves in predicaments far crazier than what was ever shown on television. I often joke that my eight years in broadcasting left me with a plethora of humorous, heartwarming, and sometimes scandalous stories that I’ll someday compile into a “tell-all” book. I remember once, while working for a top forty radio station that shall remain nameless, returning to the station after a late-night live appearance and finding myself coming face-to-butt with a naked woman running away down the hallway. I’d apparently interrupted the woman’s nocturnal visit with the overnight DJ, who, I might add, seemed a bit disheveled when I stepped into the broadcast studio.

A few years ago, when my broadcast career was nothing but a distant memory, I began plotting out my latest suspense novel. At the time, I had a protagonist and an ending to the book, but little more. My immediate plot dilemma was to figure out how the novel’s villain—a mysterious stalker—discovers my protagonist. A career in the spotlight seemed the most appropriate option. I briefly considered politics and television as potential careers, but I felt like those were too high profile. I wanted something a little less grand. That’s when my previous life in radio suddenly became relevant all over again. My protagonist, Kaitlyn Ashe, became a radio DJ. And there was no title that would suit the book better than Dead Air.

So, why would a radio DJ make the perfect career for a victim in a suspense novel? Let me give you a few facts. First, the loneliest shifts in broadcasting are usually the night shift (7pm to midnight) and the overnight shift (midnight to 6am). During these shifts, the radio DJ is alone in the radio station. Nothing says vulnerability like working alone at night. You remember what I said earlier about watching a riot from the studio window? The only thing that stood between me and the rioters were two locked doors, one of which was glass. At the time, I was still young and impressionable, just a fresh-faced kid in a brand-new world. From my vantage point, I couldn’t see the building’s entrance, and wouldn’t know if someone had entered until they were coming through the studio door.

Another thing to remember about the night shift is there’s no one to talk to, unless you count the calls you get on the request line. Although usually innocuous, those calls can sometimes get a little bizarre. There are always “frequent flyers” who think the DJ is just waiting for their call. Some of these callers are just lonely, and the sound of a friendly voice on the phone, even just for a brief conversation, can lift their spirits. But sometimes there are callers that make you doublecheck that the front door is locked.

Early in my career, I recall receiving calls from a woman named Lilly (name changed to protect her identity). Lilly would call every day to request a song, and to chat. I’d put her on speaker phone and let her ramble on about her day while I pulled CDs and queued up my next song. After a few weeks, Lilly’s ramblings got increasingly strange. She once mentioned that Michael Jackson, during a recent television interview, had spoken directly to her to express his undying love. A few days later, Lilly stopped calling. When she finally called again a month later, I found out that she’d been admitted to the nearby psychiatric hospital. I eventually became an expert on predicting when Lilly had stopped taking her medication and would be re-admitted to the hospital based on how bizarre the conversation would get.

Another thing to remember is that, in some smaller cities, radio DJs can become minor celebrities. With celebrity can come obsession. Those who cultivate larger than life personalities can accumulate fans who come to every live appearance just to see them and call regularly to “just say hello.” It always seems innocent, and most of the time it is. However, I did work with a DJ who had some “trouble” with a obsessed fan showing up at his house. Needless to say, restraining orders quickly followed the incident.

My career in broadcast was far from anything stellar. I worked at several radio stations with several music formats. I was on the air in every possible shift, overnights, mornings, midday, afternoon, and nights. I certainly wasn’t going to be the next Howard Stern. However, like an overly obsessive parent, I got to live a highly successful broadcast career vicariously through my protagonist, Kaitlyn Ashe. She has the career I had dreamed of so many years ago. Just to be clear, I never had to be concerned about a mysterious stalker watching my every move, or threatening letters to the radio station. But I did take great pleasure in putting her through hell that became my book, Dead Air. 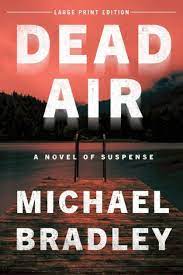 Michael Bradley was born and raised in New Jersey, a fact he hopes no one will hold against him. He spent eight years as a radio DJ “on the air” before realizing he needed a real job and turned to IT. Never one to waste an experience, he uses his familiarity with life on the radio for many of his suspense novels, among them his first, the supernatural thriller Sirens in the Night (2015), a “smart, terrifying, heartbreaking” and “compelling read,” and his third, the thriller Dead Air (2020), a “phenomenal read” that will “make you look over your shoulder the moment night falls.” 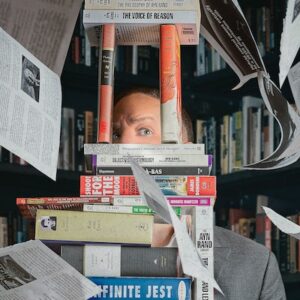 Lists are useful and terrifying things. I have a “To Do” list for my day job that is approaching 350 items since we shifted...
© LitHub
Back to top