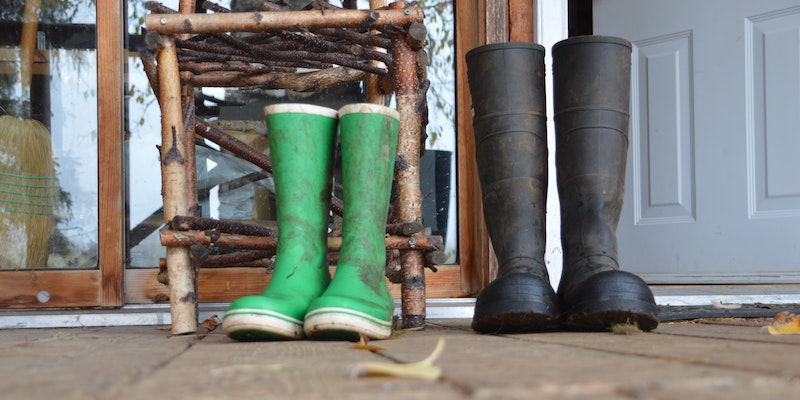 Why Scotland Is The Coziest Setting of All

Winter for many is dreary. Seasonally, it’s a time to rest after a harvest. Our bodies crave a nap. We want to read by the fire with our dog, curled beneath a knitted blanket, hot cocoa (possibly doctored to chase off the chill) by our side. Weather on the coast amps that blustery feeling with white-capped waves in a charcoal sea, brisk—as in, steals your breath away—ocean breezes, and a sky of solid gray. I was born in Seattle, so gray and dreary is part of my DNA.  It wasn’t until I moved to South Florida twenty years ago that I realized a dip in the ocean didn’t require a wet suit or a visit to the dentist after chipping a tooth from the force of your teeth chattering. Brr.

In my Scottish Shire cozy mystery series, heroine Paislee Shaw is a single mum whose main goal in life is to raise ten-year-old Brody to be a good man. She knits, owns a specialty yarn shop named Cashmere Crush, and has a dog named Wallace. In book one, Murder in a Scottish Shire, Paislee struggles to be on time as she juggles the needs of Brody with her growing business. In the first chapter she discovers that the building she leases from has been sold, a new detective inspector in town has dropped off a stranger who claims to be her grandfather, just as the nine o’clock bell on the clock tower chimes. Late again. She owes a coin to the swear jar. She has old-fashioned values in an old-fashioned town, but her innocence is balanced by her glamorous best friend, Lydia.

Throughout the series, there is a tug between old and new that most of us can relate to. Change is not always easy, but it happens, whether we like it or not. It’s how we handle things that matters. Well, Paislee keeps a wee bottle of Scotch for medicinal purposes in the back pantry—much needed that day after finding her prior employee dead. Grandpa turns out to be the miracle she’d prayed for, that extra pair of hands she’d never thought to have. They learn about each other over strong tea, and whisky.

Notice the spelling here…Scots are famous for their whisky, without the “e”. Canada follows this rule as well, while Ireland, America, and Japan all use the “e” to differentiate their spirits. In the nineteenth century, the spelling was all over the board but by the twentieth, this version was fixed as the proper way to do it. Scotland’s favorite brand is The Famous Grouse though there are many to choose from. Whisky drinkers are as particular in the flavor profiles of the spirits as wine enthusiasts or beer crafters. Single malt, notes of peat…sigh. The important thing is that it keeps a body warm from the inside out! Even Paislee’s Gran approved of the occasional dram.

Nairn is known as the sunniest town in Scotland but that said, it still rains. A lot. There are a few golden summer months but otherwise it has cold rain, sleet, drizzle. No sunshine peeking from behind dark clouds. A must-have to be dry as well as warm are Wellingtons, or Wellies. Have you ever noticed that when you’re cold and wet, you’re extra miserable? Dry feet make a big difference while tromping along the seashore on a blustery day. These come in many styles.

I think gray is part of the charm in a Scottish shire; the fog and chill evoke a mood that is familiar. When I’m writing a scene, I keep the dreich weather in mind as a constant thread. In book two, Murder in a Scottish Garden, Paislee saves the day in flannel PJs and a pair of Wellies by the front door. Easy to slip on and off, they’re the perfect footwear for a mum on the go.

Another thing to keep the body warm on a chilly seaside day is chowder, or Paislee’s favorite, cock-a -leekie soup. The name comes from the mid-1600s when cooks would boil the chicken in leeks to make a delicious broth. Tattie soup is another one for a cool day. Add fresh crusty bread to dip, and it’s a brilliant meal.

So, what do people do in a seaside village during winter? Besides the mandatory fireplace and crackling fire, the cozy armchair or sofa, the books, the naps—no judging on the naps—there are a lot of choices for heading outdoors in the Highlands. Bundle up in your boots and coat and hit the coast for a rugged beach walk to collect driftwood and shells. Wrap a thick wool plaid around you for extra warmth. A plaid is a fabric that has horizontal and vertical stripes—a tartan is also made with horizontal and vertical stripes that intersect at ninety-degree angles, but whereas a plaid can be for anyone, tartan is made for a specific clan.

Would you wear a kilt in the winter? Supposedly it keeps you warmer than pants—something about airflow trapped in the fabric. Mind the strong winds, or you risk baring more than you’re comfortable with! Top your outfit off with a stylish Tam O’ Shanter, and a wool shawl from Paislee’s shop, and you should be toasty warm, no matter the sea breeze.

Nairn has dolphins in the Moray Firth, or you can go on a whale watch. The mountains are only an hour away, and Scotland offers skiing, snowboarding, and snow-shoeing—all you need are special shoes and poles to view spectacular wildlife. Dog sledding. I find the idea of curling intriguing. The curling season is from September to March, and the sport is like shuffleboard, only with stones pushed along the ice toward a goal.

Your reward for braving the cold weather in this magical winter wonderland? A tumbler of blood-warming whisky!

But hey, can we talk about summer? It is beautiful and should be heaven. Twenty degrees Celsius is supposedly warm. I looked it up, and that is only 68 degrees Fahrenheit. Still. Cold. Murder at a Scottish Social, releasing January 25th, takes place in June…When I was talking warmer weather, I really was thinking 80-degree temperatures!

How about we take a vacation, for now, via the Scottish Shire series. Let’s stop by Cashmere Crush and buy warm cardigan sweaters, then go to the Muthu Newton Hotel, made famous by Charlie Chaplin, who brought his family there on holiday. We can order minced beef and tatties, with a whisky. Or two. 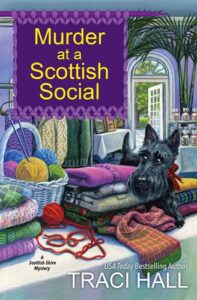 Traci Hall is the USA Today bestselling author of over fifty books across an array of genres, from cozy mysteries to contemporary seaside romances, YA, and nonfiction. She is also the co-author of the Salem B&B Mystery series as Traci Wilton. A member of Mystery Writers of America, RWA and former President of the Florida Romance Writers Association, Hall co-runs CommunityAuthors.com and provides editing services for many accomplished novelists. She lives in South Florida and can be found online at TraciHall.com. 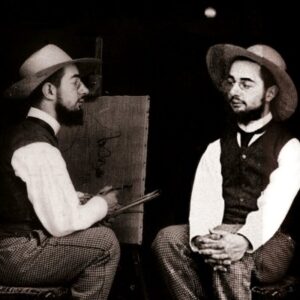 “All art is but imitation of nature,” or so Seneca observes in, Moral Letters to Lucilius. But Oscar Wilde flips Seneca’s...
© LitHub
Back to top