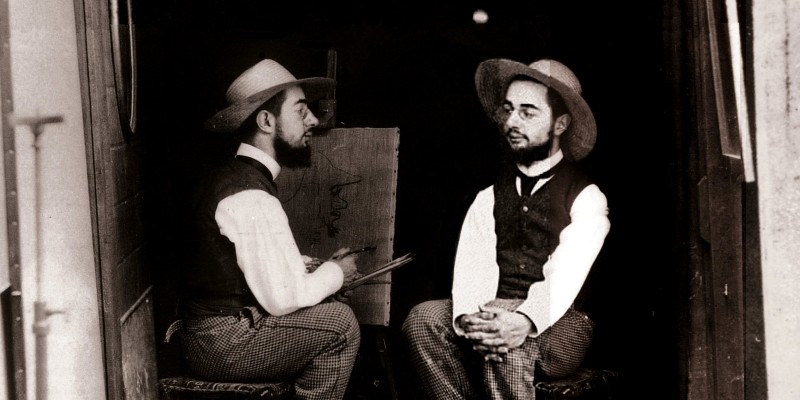 Rick Mofina on the crazy mixed-up world of novels following life and life following novels, and on and on it goes...

“All art is but imitation of nature,” or so Seneca observes in, Moral Letters to Lucilius.

And if you mix in the matter of art imitating art and take the discussion into ideas, inspiration, influence and homage in crime fiction, things get interesting. Many authors have drawn on previous works, which in some cases, have been inspired by other previous works, or by life. It’s a subject I love exploring or kicking around with others as some recent examples – and there are many – come to mind.

There’s Confessions on the 7:45, by Lisa Unger, which opens with commuter Selena Murphy, her world imploding, heading home on the train when she meets and talks with Martha, a beautiful stranger, with troubles of her own. The two women reveal their innermost problems, thus setting the stage for a brilliantly crafted thriller.

Unger was intrigued with the notion of strangers “meeting in a liminal space.” She suggested that in that moment in time you are not the person you were before, and you are not the same person afterwards. “There’s like an energy to it, a friction and that was one of the things I wanted to explore,” she said in an interview with The Book Report Network. “The book is sort of loosely based on the idea of Strangers on a Train, the Patricia Highsmith novel.”

Of course, there is much more at work in Unger’s story, as there is in Highsmith’s classic. Her biographers, Richard Bradford, (Devils, Lusts and Strange Desires, The Life of Patricia Highsmith), and Joan Schenkar, (The Talented Miss Highsmith, The Secret Art and Serious Art of Patricia Highsmith), and others, suggest she was in part influenced by Dostoevsky and Poe. Highsmith’s idea for her novel may have arisen after a walk with her parents in Hastings-on-the-Hudson, New York. “The germ of the plot for Strangers on a Train was: “Two people agree to murder each other’s enemy, thus permitting the perfect alibi to be established,” Highsmith wrote in Plotting and Writing Suspense Fiction.

In both books there is a central character, a nanny-governess, a too-good-to-be-true position looking after two children in a beautiful, somewhat isolated, house with many secrets at work. Ware does a superb job offering a compelling story while updating aspects of The Turn of the Screw.

Much has been written on the seed of inspiration Henry James used for his classic work, even by James himself. As most aficionados know, James has said that he got the idea from a tale told to him, concerning, “A couple of small children in an out-of-the-way place to whom the spirits of certain bad servants dead in the employ of the house were believed to have appeared with the design of getting hold of them.” James has written that he got the “fragment” about the children from Edward White Benson, the Archbishop of Canterbury. But Benson’s descendants have no recollection of the telling, according to Francis X. Roellinger Jr, in his essay, “Psychical Research and ‘The Turn of the Screw,’” leaving us with something of a haunting mystery about its origin.

Turning to Linwood Barclay’s gripping thriller, Trust Your Eyes, we meet a schizophrenic obsessed with maps. His bedroom has become something of a fortress of solitude. He only leaves it virtually. Employing a computer program he travels the streets of the cities of the world, while never stepping from his room. He also studies the people frozen in time on his screen. “I wrote a kind of updated Rear Window about someone who thought he’d seen a murder in a tenement window on a site similar to Google Street View,” Barclay said in a post about the book and the film he regards as one of his favorites.

Rear Window, as many know, is the acclaimed 1954 film, starring James Stewart and Grace Kelly, directed by Alfred Hitchcock. The central character is a photographer, bound to a wheelchair after breaking his leg. From his apartment in New York City, he spends much of his time observing his neighbors in the building across the courtyard and begins suspecting one of the tenants has committed murder.

The film is adapted from the 1942 short story, “It Had to Be Murder,” by Cornell Woolrich who was inspired by another short story: “Through a Window,” by H.G. Wells. The Wells story concerns a man with broken legs who passes time watching the goings on along the river when he witnesses a violent crime. A caution, written in 1890s, the Wells story contains offensive material.

But on the subject of art imitating art, and life imitating art, we find something of a tragedy in Woolrich, an unsung author of the pulp era. He had an unhappy, tortured life and lived “in a series of seedy hotels, rooms, and apartments,” according to Eddie Duggan’s essay, “Writing in the darkness: the world of Cornell Woolrich.” Near the end of Woolrich’s life, a foot infection led to the amputation of a leg. With his health in decline, Woolrich became a recluse at a New York hotel.

“Some of the staff there would take Woolrich down to the lobby so he could look out on the passing traffic, thus making the wizened and wheelchair-bound Woolrich into a kind of darker self-loathing version of the character played by James Stewart in Hitchcock’s Rear Window,” Duggan wrote.

“My own first crime novel, Knots and Crosses, was (in part) an attempt to update the themes of Dr. Jekyll and Mr. Hyde,” Rankin, said in his wonderful essay for Britannica, “Edinburgh as literary metaphor.” Rankin observes how, “the mazy, dark, and nefarious Old Town—gave rise to literary metaphors for the human condition and provided Stevenson with his major inspiration for The Strange Case of Dr. Jekyll and Mr. Hyde.”

In Knots and Crosses, Rebus pursues a killer the papers call, “The Edinburgh Strangler.” The novel explores the duality of man, the double, and the masks people wear in public and private. Similar themes are found in Stevenson’s classic, as they are in other works by other writers. But Stevenson also drew upon the strange and true case of William Brodie, also known by his title as Deacon Brodie. He was a well-respected cabinet maker by day, who, by night, used his skills with locks, to break into homes. Stevenson’s biographers, Philip Callow, (Louis, A Life of Robert Louis Stevenson), and Frank McLynn, (Robert Louis Stevenson, A Biography), and others, suggest the Stevenson family-owned furniture made by Brodie and Stevenson was familiar with his infamy, even co-writing a play about the case before he wrote Jekyll and Hyde.

Another example of art imitating art, which imitated life, can be found in The Stranger by Albert Camus, who was awarded the Nobel Prize for Literature in 1957. The Stranger, published in 1942, concerns the trial of a clerk in Algiers for murder, but he is judged because he appears lacking in the emotion and reactions society expects.

It has been noted that in creating The Stranger, Camus was influenced by James M. Cain’s, The Postman Always Rings Twice, a noir classic published in 1934. In Cain’s story, a drifter falls for a seductive wife of a diner owner, and they plot to murder her husband. Apparently, Camus liked Cain’s book for its structure, how the story, “is told both in the moment, like a diary, and from a mysterious future beyond the grave,” Alice Kaplan writes in her outstanding book, Looking For The Stranger: Albert Camus and the Life of a Literary Classic.

Some have observed that Cain may have looked to Emile Zola’s 1868 novel, Thérèse Raquin, which concerns a pair of lovers who need to get a husband out of the way. “I know – you’re thinking: James M. Cain’s The Postman Always Rings Twice? Or one of its many imitators?” Barry Forshaw wrote in The Independent and Crime Time.

There are also suggestions Cain’s Postman was inspired by two true-crime cases; the infamous New York case from the late 1920s dealing with the trial and executions of Ruth Snyder and her lover Judd Gray for the murder of her husband, Albert. And a second true-life case in California, about a young couple running a gas station Cain knew. “One day I read in the paper where a woman who runs a filling station knocks off her husband.” Roy Hoopes, quotes Cain as saying, in his epic, Cain: The Biography of James M. Cain.

A wonderful study of art imitating life is found in Kevin Birmingham’s superb analysis of how Fyodor Dostoevsky crafted Crime and Punishment by taking a cue from the true case of Pierre François Lacenaire, a murderer who became infamous for his charm and was guillotined for his crimes in Paris in the 1830s.

“Dostoevsky routinely borrowed ideas from real life, though he never simply transposed them into fiction,” Birmingham writes in, The Sinner and the Saint: Dostoevsky and the Gentleman Murderer Who Inspired a Masterpiece. Dostoevsky drew from Lacenaire’s case to explore several themes and techniques, one of them being the novel’s point of view. It came to Dostoevsky while he wandered the streets of Wiesbaden, Germany, sick, destitute and desperate. “He would write a murderer’s story from the murderer’s perspective.”

Birmingham’s book is highly recommended for it reads like a thriller as he examines all the forces Dostoevsky contended with and considered as he forged Crime and Punishment.

And so it goes. 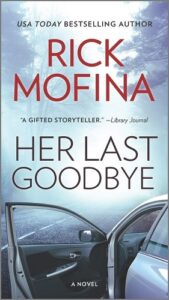 Rick Mofina is a USA Today bestselling author of 30 crime fiction novels. His latest release, Her Last Goodbye, about a suburban mother and wife who vanishes after a book club meeting, imitates real life as he knows it. 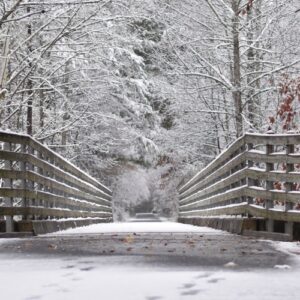 My love for stories featuring the theme of human vs. the elements started at a very young age, when I would squirrel away...
© LitHub
Back to top