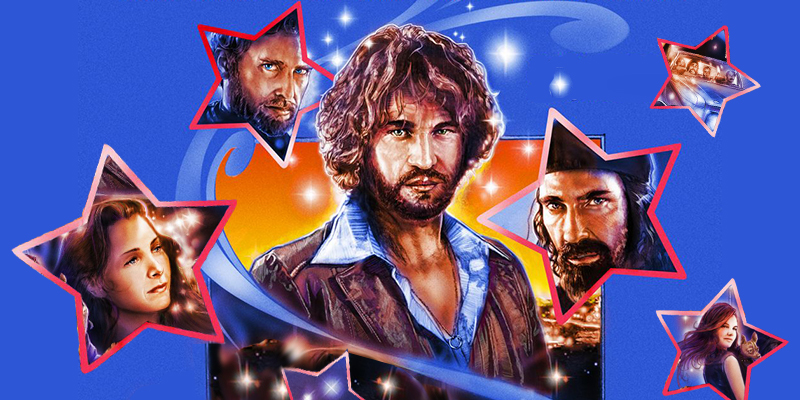 Five people were killed in a Los Angeles suburb on July 1st, 1981. An unforgettable film told the story.

‘Five people are dead, Sharon. They were murdered, up on Wonderland.’

Twelve years after the gruesome and tragic Tate-LaBianca Murders at 10050 Cielo Drive and 3311 Waverly, another brutal slaying occurred in Los Angeles. In the small hours of July 1st 1981, four people were murdered at a house located at 8763 Wonderland Avenue. Situated in Laurel Canyon, a Hollywood Hills neighbourhood where, a coterie of musicians and creatives had called home during the 1960s, the area was not exactly the rough part of town. However, by the late 1970s, counterculture had given way to criminal activity, largely due to the residents of one particular house. In this den of crime and narcotics, a group of individuals known as the Wonderland Gang called home. The group’s reputation as the neighbourhood drug distributors became overshadowed on that July night, when the LAPD arrived at the house to find the most horrific crime scene they had ever encountered. The massacre gained infamy, not only for the gruesome events but for the names associated with the murders. One was Los Angeles nightclub promoter Eddie Nash, and the other was former porn star John Holmes.

By 1981, John Holmes’ infamous porn career was over. In his later ‘professional’ years, the once sober Holmes had developed a reliance on narcotics, a habit which led to an inability to perform on camera. It became a vicious circle: lack of fewer work opportunities only increased drug use. Holmes started relying on petty theft and the support of his estranged wife Sharon to supplement his drug habit and the life he with his much younger girlfriend Dawn. Holmes’ spiralling ways led to debt and a circle of drug dealers and criminals, and he caught the attention of nightclub baron Eddie Nash, who he soon owed money to. Born in Palestine into a family of hoteliers, Nash arrived in Los Angeles during the 1950s, started with a hotdog on Hollywood Boulevard in the 1960s, and owned several restaurants and nightclubs — including the infamous Starwood — by the 1970s. His criminal leanings and presence in the town were strong—he allegedly held 36 liquor licenses in Hollywood, which meant it was virtually impossible to have a night out on the town without supplementing Nash’s bank account. Nash’s infamy and reputation came with, and attracted, particular importance, especially of the unsavoury kind. Yet, Nash had a power in Los Angeles that rendered him untouchable to many, including the police. There is a line in the film where one of the LAPD Officers tells his partner: ‘here’s a guy who has been under investigation for arson for the last five years, yet he still goes out to dinner with the fire commissioner twice a week.’ Holmes was all too aware of Nash’s dark side, and although he on occasions referred to Nash as his ‘brother’ and kin, Holmes would also call Nash ‘the most evil man I have ever known.’

Nash and Holmes history, chequered and with multiple run-ins, is where the Wonderland Connection comes in. Ronald Lee ‘Ron’ Launius, William Raymond ‘Billy’ Deverell and his girlfriend Joy Audrey Gold Miller, David Clay Lind and Tracy Raymond McCourt were the Wonderland gang’s core. Only Billy and Joy lived in the house (Joy held the lease), while their associates Susan A. Murphy Launius (Ron’s wife) and Barbara Lee ‘Butterfly’ Easton Richardson (Lind’s girlfriend) dealt cocaine and made the occasional heroin deal from the location. To acquire some extra cash, the gang conducted a series of armed robberies. Unfortunately, and foolishly, one of the houses they targeted was Nash’s.

On 29 June 1981, four members of the Wonderland Gang (Launius, Deverell Lind, and McCourt) robbed Nash’s home in Studio City to the value of $1 million. Nash, who was present with his bodyguard Gregory DeWitt (shot and injured during the scuffle), knew this was an orchestrated crime, convened by somebody he knew. He immediately pointed the finger to Holmes, who had visited Nash three times in the days up to the robbery and allegedly left a sliding door open on the last occasion. It did not help that DeWitt saw Holmes in Hollywood a few days after the theft wearing some of Nash’s stolen jewellery. Nash was after blood vengeance, and not metaphorically. Even further in the nightclub owner’s palm, and owing him a debt, Holmes was drawn into Nash’s revenge plan to wreak destruction on the Wonderland Gang.

Due to the house’s constant noise, the bludgeoning went unnoticed by neighbours, aside from one who had noticed a racket of some kind. Still, they did not call the police; they only arrived approximately twelve hours later when removal men at another property heard a brutally beaten Susan Launius moaning in anguish with blunt trauma to the head. The police arrived at the house to find a destroyed, blood-filled den and the bodies of Barbara Richardson, Ron Launius, Joy Miller and Billy Deverell in various rooms.

In 2017, when I wrote a cold case report on the Wonderland Murders for the UK’s now-defunct Real Crime Magazine, I re-watched Wonderland for the first time in a decade. Both then and now, watching again for this piece, I cannot help but think it’s a very effective true crime film. Wonderland refuses to shy away from the horror and the motifs of those involved, casting Holmes as someone so desperate to find his way out of the hole he dug, he resorted to the lowest depths. Is it sympathetic to him at times? Sure — he is introduced with an almost rock-star glow. But, as I wrote at the time: Wonderland ‘is, apart from the documentaries of the crime, the most graphic cinematic retelling of Holmes’s involvement with the gang and the murders, his part in the crime, and his reluctance to come to terms with the crime he has witnessed.’ The film is grimy, drug infested, bloody, and any scenes filled with golden light and sunshine are purely for the reminisces of the past and the warmth between the two women, Sharon (played with empathy and steeliness by Lisa Kudrow) and Dawn (Kate Bosworth).

The bloody events of that night are chronicled in a very effective dream flashback as Holmes sleeps, cementing the unfortunately forced involvement of the disgraced star. In these scenes, DeWitt encourages Holmes to get involved, urging him to contribute to the gruesome violence that night. It’s a shocking, bloody scene as the production crew painstakingly recreated the den as documented in police reports and the coroner’s photographs.

We see this side of Nash at various times in Wonderland, but mainly when the nightclub kingpin (chillingly portrayed by Eric Bogosian) ‘receives’ Dawn for an evening after Holmes pimps her out as partial payment for his debts. This scene, and the aftermath, are vividly depicted in flashback detail, as Bosworth conveys the brutality she endured during the night. In this primarily silent moment, a black-eyed, shellshocked Dawn sits in a bath as Holmes, as tenderly as possible, washes the night off her. It’s devastating.

While Wonderland makes Holmes’ connection to the robbery more explicit — there is a moment in the film when Lind (played by Dylan McDermott) exits Nash’s house, shouting ‘John Holmes says hello!’ over his shoulder — it keeps things slightly ambiguous given the nature of the verdict. Sure, makes a good case for Holmes’ involvement, but pulls back at the last moment.

Wonderland concludes with Holmes and Dawn driving to a new life in Florida but reveals the aftermath in captioning. Somewhat amazingly, and despite Holmes’ handprint at the scene, nobody was charged for the murders. Holmes was arrested in December 1981, charged with the four murders in March 1982, but later acquitted after his lawyers successfully argued he was coerced into leading the assailants to the house but had no hand in the crime. His only sentence was 110 days in jail after being in contempt of court. Holmes died of an AIDS-related illness on 13 March 1988.

Nash and DeWitt went to trial on 21 March 1991, implicated thanks to new evidence from Scott Thorson, better known as Liberace’s lover and the author of ‘Behind the Candelabra: My Life With Liberace.’ Two years later, in 1990, a mistrial was declared. In 2000, Nash was arrested for racketeering and charged with ‘running a drug trafficking and money laundering operation, plotting the Wonderland murders, and bribing the one holdout jury of the first trial.’ Taking a plea bargain, Nash confessed that while he did not order the murders, he demanded his stolen money retrieved from the Wonderland house, which, in turn, led to the bloody scene. He was charged $250,000 and given a four-and-a-half-year prison sentence. While Wonderland ends with the caption that ‘he currently resides in the greater Los Angeles area. A free man.’ Nash died in 2014.

Wonderland is a very compelling look at the darker side of Hollywood and those that wield power. It is a story of a fallen idol, a crime lord, and a dark side of Hollywood’s history, one of many dark instances and the flip side to the star-studded Boulevard. The house on Wonderland Avenue still stands to this day, but the bloodstains of history will never be scrubbed clean. 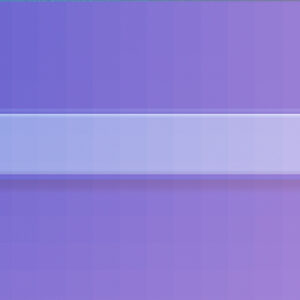 I have spent most of my professional career in Silicon Valley. In my 25 years in tech, I've worked at everything from a two-person,...
© LitHub
Back to top