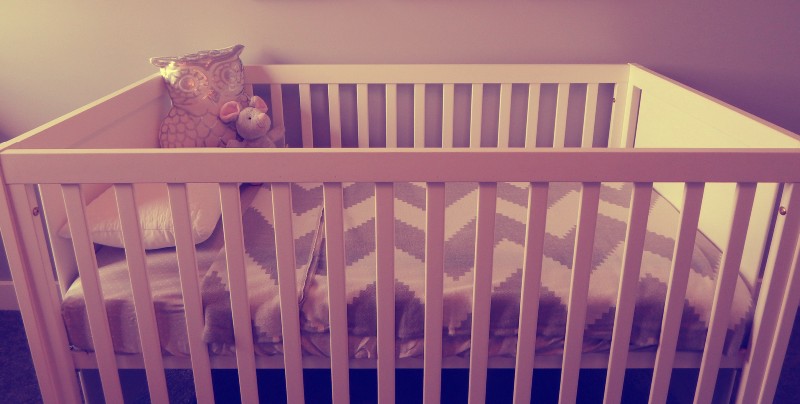 A crime author reckons with her darkest fears.

People often say an authors’ novel is ‘”their baby,” but this metaphor has never worked for me. Usually, novels have a much longer gestation, and I don’t know of any mother who would pop their baby on a shelf with a price tag, asking strangers to buy and judge it. No, I have never thought of either of my novels as my children. If anything, I’d say they’re more like passionate, tempestuous love affairs—but that’s for another article.

Both my novels (more by accident than design) are about women—specifically, women and motherhood—and yes, some of the experiences reflect my own. Whilst I was spared from the repeated and devastating miscarriages Alice endures in If You Knew Her, I felt a longing to become a mother—I, like Alice, used to imagine my baby’s weight in my arms. Then I started writing my second novel Grace is Gone and found about three months into writing that my husband and I were—after many months of hope and disappointment, hope and disappointment—pregnant.

Grace is Gone is inspired by the Gypsy Rose Blanchard case, which many of you might be familiar with. Central to the book is the condition Munchausen by Proxy, a devastating mental health condition where a person (usually a mother) fabricates conditions in another (usually their child) for their own perceived psychological and /or material benefit. In the case of my character Grace, her mother Megan has fabricated illnesses for her, including a heart condition and muscular dystrophy, keeping Grace wheelchair bound. For her whole life Grace has endured procedures, surgeries and long months in bed. Her life has been defined by illness—but as she and the reader comes to learn in the novel, she is not the sick one. It’s hard to think of a more disturbing, twisted relationship, one that challenges our most revered relationship of all—that between mother and child.

So there I was, newly pregnant—fragile with hope and fear—with a much-longed-for baby, researching, thinking and writing about the most depraved, distressing distortion of motherhood imaginable. I would swallow my pregnancy vitamins and study my baby’s in utero development (Look! They’re the size of an avocado!) while researching what drugs Megan would need to force on Grace to give her the symptoms for muscular dystrophy. To counteract the hours sketching out the ways a mother could harm their child, I would picture my little baby weightless, moving in its slow, dreamy amniotic world and I’d tell them how much we wanted them, how gentle we would be and I’d hope it was enough. It was a strange time – of joy, creativity and dark imaginings.

Developing her character was like dredging up my most buried fears, airing them and then trying them on for size.

I am one of those writers who likes to inhabit their characters. I picture their clothes, whether their trousers feel tight or not; I can describe what their kitchen cupboards look like, and what kind of snacks they like. We are told as crime writers to write what scares us and no one has ever terrified me more than Megan. Developing her character was like dredging up my most buried fears, airing them and then trying them on for size. She is a manipulative narcissist, a socio and psycho path and she is also a mother. I hadn’t met my mother-self yet and had no real idea what she’d be like. I’d imagine of course –a garland of fresh flowers in my hair at all times, breastfeeding a baby in a sling whilst engaging in imaginative play with a curly haired toddler—wouldn’t I? But what if life—as it so often does—had other plans? First, I started to worry, and then I started to panic. What if vibrations of all this horror travelled through the umbilicus into our little one? What if they didn’t reach for me but cringed away, terrified?  It might take a village to raise a child, but I was learning in the starkest possible way that it only takes one mother to screw them up indefinitely.

I started doing what many of us do in times of crisis. I turned to the world’s worst friend—Google. The internet is a battle ground for parents, a place where where one cavalry charge (sleep training is the only way to survive!) crashes headlong into another (sleep training will destroy your child!). I stopped sleeping and became vacant and fearful and that’s when—during a teary conversation with my husband—it dawned on me.

It wasn’t that I thought I would be like Meg. I knew in my marrow I was nothing like her (thank god). Instead, I was overwhelmed by the power of my impending motherhood. In parenthood we are bestowed a unique power over and responsibility for a life, yet we often have no control over the outcome. It was an uncomfortable truth knowing that my decisions directly impacted my son, yet still required a leap of faith hoping that impact would be broadly positive.

I called to mind the words of Philip Larkin, who helpfully reminds us, ‘They f**k you up, your mum and dad.’ I suppose he’s probably right, and therapists can be reassured of plenty of future new clients. But the bigger question is, how much do parents f**k up their kids?

Living anxiously waiting to discover my child’s neurosis, like some awful gift, is not for me. I prefer a different interpretation. Perhaps we should view our children not as projects at which we will either succeed or fail, but rather as beings with whom we have a life-long relationship—with all the twists and turns, highs and lows, love and fear inherently contained within.

Originally from the Cotswolds, Emily Elgar studied at Edinburgh University and then worked for a non-profit organization providing support services to sex workers in the UK. She went on to complete the novel writing course at the Faber Academy in 2014. She currently lives in East Sussex with her husband. If You Knew Her was her first novel. Her latest is Grace Is gone, now available from Harper. 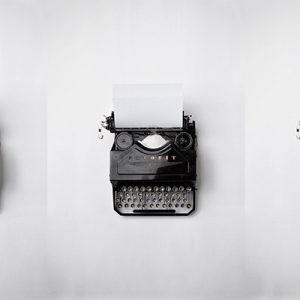 If you had asked the late Christopher Booker, the English journalist and author would have told you there are a limited number...
© LitHub
Back to top