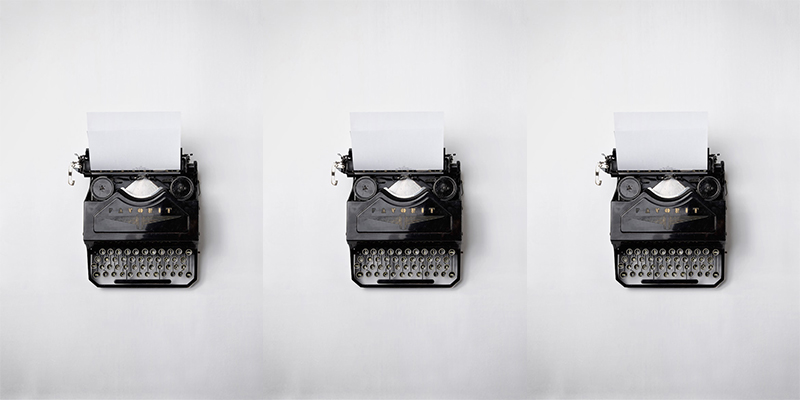 How to Mix Things Up, Do Justice to Tradition, and Still Keep Your Crime Writing Fresh

If you had asked the late Christopher Booker, the English journalist and author would have told you there are a limited number of story plots to go around. He had such conviction in his theory that he even wrote a book about it. According to Booker, every novel falls into one of seven plot categories: overcoming the monster, rags to riches, the quest, voyage and return, comedy, tragedy, or rebirth.

While stories are rarely this monochrome, there may be some truth to Booker’s claim—especially when it comes to mysteries. Mystery novels already tend to follow a formula; you’ve got your inciting incident, call to action, trail of evidence, and so on. There’s almost always a sleuth, whether amateur or professional, pitted against some cagey suspects in a quest to find a killer. The voyage and return plot that sees a protagonist leaving home, facing trials, and coming back changed is quite prevalent, and whether that voyage is literal or figurative, the character arc it creates is a pillar of good fiction.

Mystery writers pull from the same stack of literary devices, including flashbacks, foreshadowing, and metaphor. The same goes for narrative techniques like cliffhangers and ticking clocks. In other words, no matter how you shuffle the deck, there are always a finite number of cards to choose from.

For authors, this notion can be disheartening. How do you thicken a plot when the options are so thin? Is every new mystery doomed to be derivative?

Fortunately, the answer is no.

That’s because plots can be interpreted and presented in a multitude of ways. Take Stieg Larsson’s The Girl With the Dragon Tattoo. This mystery is about overcoming the monster, but it’s also a story of rebirth. Carl Hiaasen’s Basket Case, meanwhile, is a quest and a comedy at once.

Pairing two plots is just one of the ways authors can craft something entirely new. Every writer brings their personal style and experience to their work. They apply their own blend of atmosphere, pacing, and prose, and treat conventional plot devices and crime tropes in unique ways. Even operating with the same limited set of tools as others, their predilections are likely to guide them down an alternate path. Consider Dennis Lehane’s Shutter Island, The Girl on the Train by Paula Hawkins, and Wendy Walker’s The Night Before. All feature an unreliable narrator. Each is a psychological thrill ride. And yet, these three stories feel nothing alike.

If you’re a heavy mystery reader, you’re bound to chance upon books that have a similar premise. A cursory glance at Harlan Coben’s The Woods and Tana French’s In the Woods reveals they have more in common than a kindred title. Coben’s novel is set in New Jersey, while French’s takes place outside of Dublin, but in both a group of kids goes into the woods and not everyone returns. Their disappearance haunts the survivor, who then finds himself involved in a homicide investigation that forces him to confront his past.

In the Woods and The Woods were published the same year, so there’s little possibility of literary influence. More likely this is a case of synchronicity. News headlines, pop culture events, and true crime investigations all inspire writers, so there’s bound to be some overlap in subject matter. But there’s no need to fret. When two authors draw the same cards and harness their signature style, cultural background, even gender and age, they can play the game in an entirely different way.

Even the most recognizable plots can look ultramodern and uncommon when seen through a new lens. The rags to riches/overcoming the monster story in Catherine Steadman’s Something in the Water isn’t much like Marcus Sakey’s Good People, though they both concern a couple discovering something that tempts them to make an immoral and potentially dangerous decision. Still, Steadman’s book ignited a spark of recognition, and in the pursuit of readers, that can be a good thing. As a Sakey enthusiast who already plowed through his entire bibliography, I was drawn to Something in the Water because of the parallels between these books, not in spite of them. I’m sure I’m not the only reader whose TBR pile is shaped by preferred plots.

Even the most recognizable plots can look ultramodern and uncommon when seen through a new lens.

Authors are known for drawing inspiration from their peers. They’re readers too, after all, and many of them turn to fan fiction both as a strategy for generating ideas and as a way to honor the stories they love. We all have our favorite writers, and aren’t immune to hero-worship. Some authors even borrow existing ideas. In fact, putting a contemporary spin on a masterwork is another way to construct a distinctive story.

Ruth Ware’s The Turn of the Key finds protagonist Rowan Caine accepting a job as a nanny at a high-tech “smart” home in the Scottish Highlands. The Turn of the Screw, the 1898 Henry James novella, is about a governess left in charge of two children in a remote home in Essex. There are similarities between the books, as Ware no doubt intended. Both allude to the presence of ghosts, and both involve the death of a child. But Ware’s updated setting, choice of narrator, writing style, and unexpected twists make The Turn of the Key feel entirely fresh, and as a result the parallels are mere echoes calling mystery devotees to their coffee mugs and wingback chairs.

My own murder mystery, Death in the Family, came to be after a rereading of Agatha Christie’s And Then There Were None. Channeling the Golden Age detective fiction I love, I incorporated a remote island based on personal experience with the Thousand Islands region of Upstate New York. The book features a suspicious cast of characters, a shrewd detective, and numerous red herrings. Apart from that, I think you’ll find it’s quite different from the classic Christie novel.

Maybe the best way to look at plot – and the way that’s most likely to please mystery fans – is to see it as a human bone. This bone provides the structure for a limb; let’s say it’s a leg. The muscle and skin on that femur, which is unique to every individual, can transform its external appearance completely. It’s the meat that makes it characteristic of the person to whom it belongs, not the bone itself.

Writing a mystery that keeps readers engaged isn’t about following a rulebook, but reinventing timeless tales, observing the stories that unfold around us, applying our own experience, and infusing our writing with our own perspective. There are plenty of mysteries already on the shelves that have employed traditional plots to shock and delight readers.

But there’s room for plenty more. 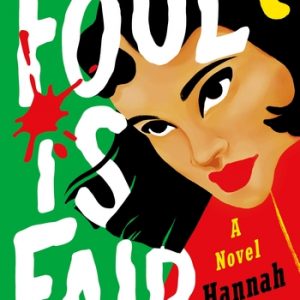 “You chose the perfect boy,” says Summer, after school. “Too perfect,” says Jenny. “The perfect target,” says...
© LitHub
Back to top