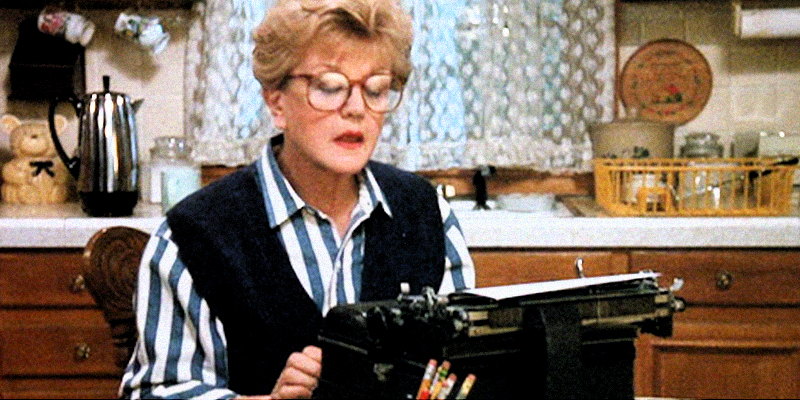 "[U]nderneath all that coziness is an unspoken edge watching through a modern lens."

Via Crown Books for Young Readers

What if Jessica Fletcher was your grandmother?

That was the spark of an idea that turned into my second YA murder mystery, Pretty Dead Queens.

It was hardly that simple, or linear. Crafting a book, and a mystery especially, is a circuitous process. Collating and meshing multiple inspirations, tweaking and twisting ideas to provide the most fun ride for the reader possible. But you’ll be hard-pressed to read Pretty Dead Queens and not see the winking references to Cabot Cove, murder capital of the U.S., or to a bygone era of mass market paperbacks and TV movies of the week.

If you’re catching a whiff of nostalgia in the set-up, you wouldn’t be wrong. Isn’t that the thing at the very heart of the cozy? A desire for something comforting, like a snug cardigan sweater or cup of cocoa, but with a delicious splash of murder and intrigue.

And with the pandemic layered on top of losing my mom to cancer on top of encroaching so-called middle age (a bizarre concept to an elder Millennial like me)… my creative brain space approaching this novel was many things warring at once. There was the cozy comfort of a 1980s small town murder mystery show, with pastel sweaters and wallpapered kitchens and the indomitable Dame Angela Lansbury, all of which called to mind my own grandmother, my mother, and a time when we were promised a bright future, a better one than our parents had.

But underneath all that coziness is an unspoken edge watching through a modern lens. There’s a cognitive dissonance of knowing real life is never as shiny and perfect as our best comfort watches would imply. The darkness of the world is a weight on our shoulders, an inescapable presence in the era of the 24-hour news cycle, the über connected digital world. Twitter. True crime media. We seek out the unsettling and titillating as much as we run from it.

Inspiration from Murder, She Wrote mixed with darker media. The Keepers on Netflix imprinted shadowy, marbled school hallways onto my brain; I knew there would be two murders, separated by fifty-plus years. The idea began to form: A bestselling murder mystery writer who draws inspiration from the horrors of her own teen years, and passes down a legacy of murder to her grieving granddaughter. A coastal town that runs on this legacy of murder, and how it’s been immortalized in print, blown up into thrilling fiction.

So it’s not so much a grandmother who solves murders a là Jessica, but one who capitalizes on them. Who brings throngs of mega-fans into town each year, and potentially inspires a copycat killer.

The spark of an idea caught fire to flame.

One of my favorite aspects of crafting YA thrillers specifically is taking the dark-hearted tropes and twists of adult thriller and mystery and getting them to work for a fresh, teen audience. YA fiction is so often a young reader’s first entrée into a genre; I savor the challenge of transposing without watering down, bringing out the darkness of human nature with just a hint of hope. Not all tropes can work for teen characters and audiences, but so many are ripe for a fresh take, for subversion.

So small town secrets and the Murder, She Wrote-esque cozy (but with an edge) was my challenge. And then it became my therapy.

I lost my mother to cancer in 2019. It came unexpectedly and fast, and it’s ironic that at the same time I’d been debating how to get my main character Cecelia’s mother out of the picture to facilitate the whole “moving in with her famous grandmother” thing.

Well, that question answered itself in grand morbid fashion. And so Cecelia became an orphan like I suddenly was, only she was seventeen to my thirty-five. It was another aspect of transposing adult for YA; first thriller tropes, and then experiences of grief.

And there were two series I found available for unlimited streaming as a beta tester for Peacock: Murder, She Wrote and Dateline. I already had the Jessica Fletcher concept but the classic series returned to streaming at the ideal time. I spent hours solving mysteries alongside Dame Angela as I navigated the choppy waters of grief and novel-plotting.

I threw myself into work just as Cecelia throws herself into a murder investigation. I looked to the past, flung myself into nostalgia, as Cecelia does the same. And in writing so many of my own feelings about death and grief, wrapping it in a soapy murder mystery package, all while stuck in my apartment for nearly a year during quarantine? Well, it was harrowing at the time, but in the end, Pretty Dead Queens is a book I’m proud of. It’s cozy but dark, serious but soapy. It has the hallmarks of adult thriller staples but with a YA bend. My hope is that both fans of the genre (and the show), as well as those totally new to both enjoy the ride.

And of course, here’s hoping I do Jessica Fletcher proud! 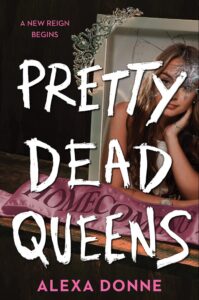 Alexa Donne is the author of Brightly Burning and The Stars We Steal, sci-fi romance retellings of classics set in space, and the YA thriller The Ivies, which Kirkus Reviews called a thrilling boarding school story with a satirical edge. A graduate of Boston University, Alexa works in TV marketing and has done pro bono college admissions mentoring since 2014. A true INFJ, in her free time she mentors with WriteGirl, organizes the Author Mentor Match program, and runs one of the most popular writing advice channels on YouTube. She lives in Los Angeles with two fluffy ginger cats named after characters from YA literature. You can find her online at alexadonne.com. Her latest novel, Pretty Dead Queens, is now available.
http://alexadonne.com

Using Fear to Fuel My Fiction 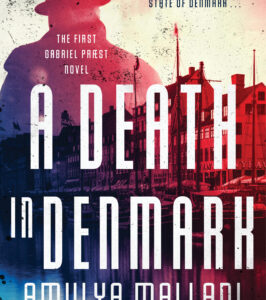 Greater Copenhagen, October 1, 1943 There were twenty of them, huddled together in a truck that Lars Hansen used to transport...
© LitHub
Back to top