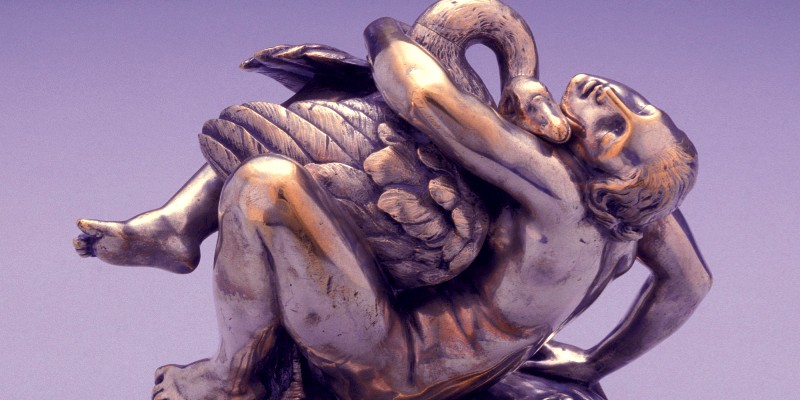 "The boogeyman in the closet isn’t an amorphous shape in the dark—It’s someone we know and trust."

Open your favorite crime novel; there’s a good chance the dead character is a girl or a woman. There are factual reasons for this. According to RAINN (The Rape, Abuse & Incest National Network), “1 out of every 6 American women has been the victim of an attempted or completed rape in her lifetime.” Turn on Cold Case Files, and you’ll find that the victims are overwhelmingly girls or women.  In their 2018 Global Study on Homicide, the United Nations Office on Drugs and Crime (UNODC) reported that “…87,000 women were intentionally killed in 2017. More than half of them (58 per cent)—50,000—were killed by intimate partners or family members…”

This is the world we live in. This is the world that women writing horror have grown up in. The boogeyman in the closet isn’t an amorphous shape in the dark or a golden-eyed demon or a vampire tapping at our windows. It’s a boyfriend, a husband, sometimes a father or a brother. It’s someone we know and trust. And we don’t need stories about these horrors. We face them on a daily basis.

For a long time, the horror genre was dominated by male authors, and just as society painted us in specific roles, so, too, did those authors’ stories. We were the wives, the mothers, the victims. We were there to give a man’s story history or weight, but they were never our stories. And yes, there is still a facet of movies and fiction that return to that same story, but a facet is not the whole.

There are many women writing horror now who are reshaping the genre, and if you peel back the layers, the most effective stories are frequently based on our real fears. Here are a few of the ways women’s real-life terrors make their way into horror fiction:

The Burden of Motherhood

When I was pregnant, I remember feeling akin to the movie Alien: something was moving inside me and it wasn’t me. Pregnancy is frequently strange and creepy, but the horror doesn’t always stop once the baby is born—post partum living brings the obvious sleep deprivation, along with a body recovering from childbirth, plus all the new parent self-doubt and worry. Are you doing a good job? Will your child love you? Will they like you? The task of raising a human is daunting and even now, mothers shoulder most of it, even those who work full-time jobs outside the home.

Crime writers and horror writers often find fertile ground in the horrors of motherhood. As a recent example, in Baby Teeth by Zoje Stage, we meet every mother’s worst nightmare. Seven year old Hanna hates her mother and actively plans to hurt her so she can live alone with her father, whom she idolizes. The trope of the evil child and the hapless father has been done before in books and film, but in Baby Teeth, we are privy to Hanna’s point of view as well as that of her mother and it’s chilling how much loathing this young girl has for her mother.

Women are sadly accustomed to doctors disregarding our complaints. All through history, women have been accused of—and locked away for—such invented complaints as hysteria, with doctors blaming the uterus for all sorts of things. Hysteria was first considered a physical ailment in 1880, but before then, ancient Greeks believed a uterus could move around the body at will, causing all sorts of ill effects. Hysteria was the explanation for pretty much anything men didn’t find agreeable about women, from anxiety to loss of appetite to sexual desire. It was eventually reclassed as a mental disorder, but hysteria wasn’t finally deleted from the official Diagnostic and Statistical Manual of Mental Disorders until 1980.

Even now, women struggle to receive correct diagnoses. Many doctors still assume a lot of our complaints are in our heads or they’re minor complaints that we’re making into something worse. Our pain and the health of our bodies are taken less seriously than men’s.

Imagine being a young girl isolated on a strange island, quarantined because you have a disease called the Tox. An incurable disease. And no one’s coming to save you. That’s the setup for Wilder Girls by Rory Power. The disease changes the girls’ bodies in horrific ways and before it takes its final toll, the girls have scales, gills, and other physical mutations. Their bodies are forgotten battlegrounds until a desperate few finally decide not to accept what they’ve been told and try to save themselves.

The ‘Right Kind’ of Dead Girl

She’s always beautiful, even in death. No matter how much she was brutalized, her beauty is always mentioned. She’s the right kind of dead girl, the one we care about. Maybe she loves dogs or has a younger sibling who thinks the world of her. Her family is well liked and respected. We’re angry on her behalf because she didn’t deserve to die. Her death is a huge loss for all of us and we demand that it be avenged. Her murderer must be found. This dead girl is the staple of most mystery, crime, and horror novels.

I touch upon this concept in The Dead Girls Club. The death of one young girl who doesn’t meet this criteria is eclipsed in the news by another who does. This has deep roots in the real world as well. We like our dead girls to be pretty and sweet. To be newsworthy. To be the right kind of dead girl. As a woman, this is a painfully clear lesson.

When marriages are falling apart, people frequently turn to the external, tangible changes: maybe they have another child, maybe they move house. The hope is that this change will be a plaster to shore up the cracks in the relationship. Unless these changes are coupled with increased communication and a real effort from both parties to work on the relationship, the external changes are never enough to hold it permanently together, not without sacrificing happiness.

In The Grip of It by Jac Jemc, Julie and James move into a house in a small town to start fresh, in the hopes that the move will keep James’ gambling in check. It doesn’t take long for strange things to happen. There’s an odd noise they hear at all hours of the day and night with no way to tell its place of origin. Stains appear on the walls. Julie wakes with bruises mapping her body, and she gets trapped in a hidden room that vanishes once she escapes. There was a prior tragedy in the house, but is the house really haunted? Maybe it’s just Julie and James’ marriage.

The Monsters We Pass on the Street

I mentioned earlier that more than half the women killed in 2017 were murdered by their intimate partners or family members. Not a day goes by where I don’t see an article about a woman being abused, assaulted, or killed. It’s terrifying and what’s even more frightening is how commonplace it is. Violence against women by men is the backdrop to countless books, television shows, both fictional and not, and movies.

In My Sister, The Serial Killer, Oyinkan Braithwaite turns this on its head, creating feminist catharsis with her unexpected reversal. Korede’s younger sister, Ayoola, is beautiful and charming. She also has a penchant for killing her boyfriends, relying on Korede to help her clean up the mess. Korede doesn’t have to fear Ayoola, but she protects her. Until the doctor Korede works with and is secretly in love with meets and falls for Ayoola, forcing Korede to make a choice: do you stand by the monsters when they’re one of your own?

The world can be monstrous for women. Those of us who write horror invent monsters to fight and defeat because we’re often powerless against the real ones. In doing so, we change the expected shape of the genre, making it bigger. Making it better.

The truth is, no matter how horrific our stories, the real world holds more shadows and darkness than we could conjure. All of our fictional monsters can’t hold a candle to the beasts of the real world, to the cruelty and fear present in our day to day lives. Men can sexually assault women and still become judges. Regardless of what a young man has done, his life can’t be ruined by harsh punishments because he’s a good swimmer. We’re constantly told—and shown—that our lives are not as important as those of men.

And not just our lives, but our work, our words, our truths, our stories. This darkness is inescapable. Sometimes the only option we have is to embrace it and turn it into something new.

The Fifth Child, by Doris Lessing
The Beauty, by Aliya Whiteley
The Vegetarian, by Han Kang
Come Closer, by Sara Gran 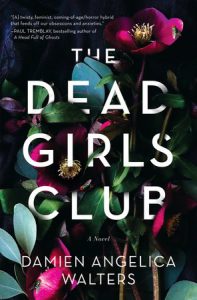 Damien Angelica Walters is the author of the upcoming supernatural thriller, The Dead Girls Club (Crooked Lane Books, December 2019), about two young girls, a scary story that becomes far too real, and the tragic and terrifying consequences that follow one of them into adulthood. She is also the author of Cry Your Way Home, Paper Tigers, and Sing Me Your Scars. Her short fiction has been nominated twice for a Bram Stoker Award, reprinted in Best Horror of the Year, The Year’s Best Dark Fantasy & Horror, and The Year’s Best Weird Fiction, and published in various anthologies and magazines, including the Shirley Jackson Award Finalists Autumn Cthulhu and The Madness of Dr. Caligari, World Fantasy Award FinalistCassilda's Song, Nightmare Magazine, and Black Static. She lives in Maryland with her husband and two rescued pit bulls. Find her on Twitter @DamienAWalters or on her website at http://damienangelicawalters.com. 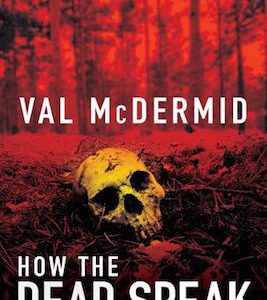 "When a small group of FBI agents came up with the idea of offender profiling, the one thing they knew for sure was that...
© LitHub
Back to top