The following is an exclusive excerpt from You Can Go Home Now, by Michael Elias. Nina Karim is a tough detective working in Queens, investigating the murders of several terrible men all linked together by their widows' living in the same domestic violence shelter. Nina goes undercover there, but as she does, she must confront her own past and the men in her life who have tried to hurt her, too.

From my bedroom window, I had a view of the woods behind our house, a Catskill forest speckled with tall red black spruce, thick balsam fir, and slender mountain ash. Whitetail deer nibbled the tender branches of the apple tree my father planted on the edge of our property. One winter evening after dinner when it was my turn to take out the garbage, I saw a bobcat under a tree, its taut brown body against the white snow, paw raised, staring at me, evaluating me as friend, food, or threat. I wasn’t afraid. I tried to match its stare. After our staring contest was over, it leaped in the air and disappeared back into the alder bush.

On another evening, under the same tree in that Catskill forest, a man aimed his rifle and sent a bullet through our kitchen window, spilling my father’s brains onto the floor, splattering his blood on our white refrigerator door. Sammy and I were eating dessert—chocolate cake topped with vanilla ice cream—while our father washed the dishes. He had sent my mother upstairs.

My mother never heard the shot, only my brother’s scream.

My mother never heard the shot, only my brother’s scream. She burst into the kitchen, saw my father lying on the floor, turned off the kitchen faucet, swooped Sammy in her arms, and carried him out of the room. Like all murders, the bullet that ended my father’s life changed ours forever.

I was alone, the last human being in the world. An enormous pair of scissors had cut every string that connected me to all the people I loved and knew. My body felt like cigarette smoke.

I thought I was going to rise and be sucked out of the room through the shattered window into the dark night, but nothing like that happened. My mother came back, took my hand, led me out into the living room. She sat me down next to Sammy on the couch, cradled us in her arms and called 911. I was sixteen. My brother, Sammy, was nine.

The police searched for the killer. They scoured the forest with bloodhounds, set up roadblocks, checked gas stations with CCTVs. They brought in the FBI, the New York State Police, and expert forensic people. The killer was smart. He’d come to the shooting spot in his socks, so there were no shoe tracks; he’d fired his rifle while sitting on a painter’s tarp that he’d taken with him, so there was no fiber analysis; he hadn’t eaten, smoked, or drunk anything while he’d waited. No cigarette butts, no half-eaten candy, no urine passed from his bladder. The shell casing was never found. The bullet that had opened my father’s skull was homemade; there was no tracing it. The killer was an expert at his profession. But so am I, and I’ll find him, the cowardly bastard. He murdered my father and destroyed my family. It will not be I alone am left to tell the tale. No. It will be I alone am left to get revenge, not on a dumb whale but on an intelligent human.

I  became  a  police  officer  because  Ernie Saldana told me I would have a better chance of finding the cowardly bastard if I did not follow my passion (or was it my dream? I get them confused) and accepted early admission to Stony Brook, then went on to Cornell for a master’s degree and a PhD in English literature. Instead, I followed my rage. After high school, I commuted to Rockland Community College in Suffern for two years, got an associate’s degree in criminal justice, and went on to John Jay College of Criminal Justice for two more years; had odd jobs during the application process to the Long Island Police Department, making it through their Police Academy. I did three years of patrol duty, and now, I am a homicide detective less liter- ate but armed with a Glock. If I happen to be walking on that wintry beach holding hands with Ryan Reynolds and meet this cowardly bastard, I will excuse myself from Ryan, lift my flared blazer, remove my weapon, and shoot the cowardly bastard in the abdomen. Then I will let him catch a glimpse of his bleeding entrails before I end his miserable life with a close-up round to his heart.

On second thought, I might just let him die in unimaginable pain as I continue my walk on the wintry beach with Ryan, while the cowardly bastard’s screams are drowned out by seagulls and breaking waves. Then perhaps I will go back to Stony Brook and restart my life in literary pursuits. Maybe. 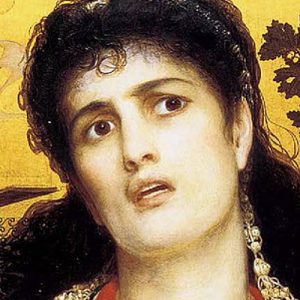 Literary Visions of the Female Sociopath “America loves a successful sociopath,” wrote Gary Indiana in Three Month Fever. And why wouldn’t we? They make such...
© LitHub
Back to top