Your Guide to the Essential
Crime TV of April 2018

If you’re a fan of crime shows and have access to even a few of the major channels and streaming services, these are halcyon days we’re living in, my friend. Whether you’re into true crime investigations, small-town mysteries, socio-economic studies, historical dramas, or high-class procedurals enacted by people with accents, chances are you have a half dozen shows, at least, to choose from. It can get a little overwhelming. That’s why we’re bringing you monthly guides to the essential crime TV of the moment: everything you need to watch to stay shocked, entertained, and more or less conversant around the water cooler. For those of you who can’t get enough, we’ll also offer up a few recommendations on what to read once the show’s over and you’re clamoring for more. Crime culture is a vast and wonderful thing. 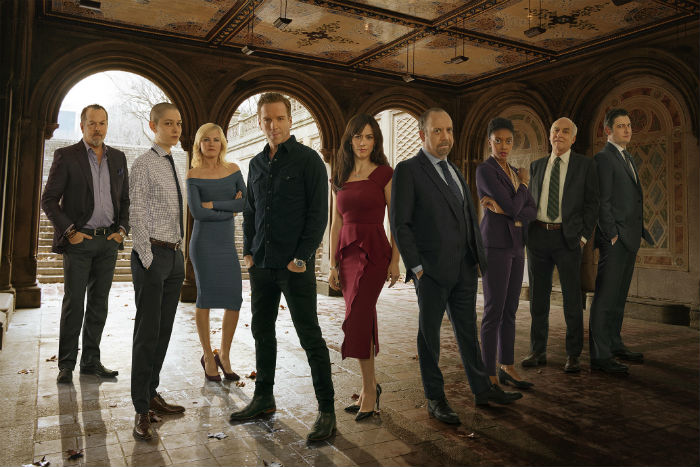 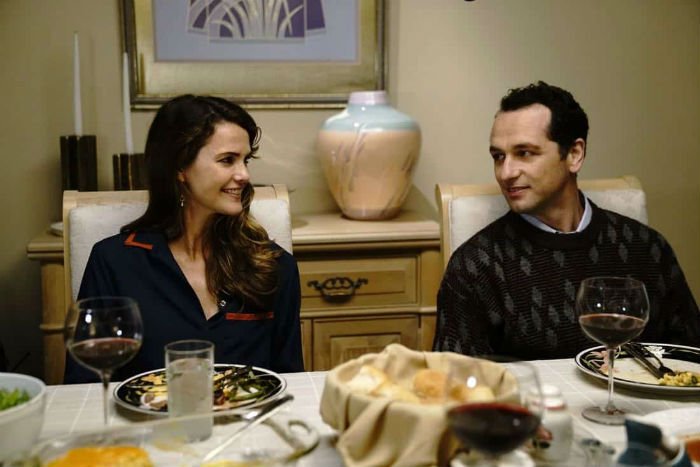 The critically-acclaimed Cold War sleeper cell series heads into its sixth and final season. There are plenty of open questions, most notably whether the Jennings’ daughter, Paige, will follow her parents into the family trade. There’s also the heightening tension of the Cold War, as the Soviet Union careens towards its fall. The Americans, though, has always been about subtler moments: divided loyalties, the need for community and acceptance, family ties and how far any of us are willing to go for our nations. The series has had ups-and-downs of late, but viewed as a whole, this one will likely be remembered among the greats, so best to be safe and stay tuned to the (possibly bitter) end.
Further Reading: Joseph Kanon, Defectors; John le Carré, A Legacy of Spies; Martin Cruz Smith, Tatiana

The crime documentary everyone’s talking about: 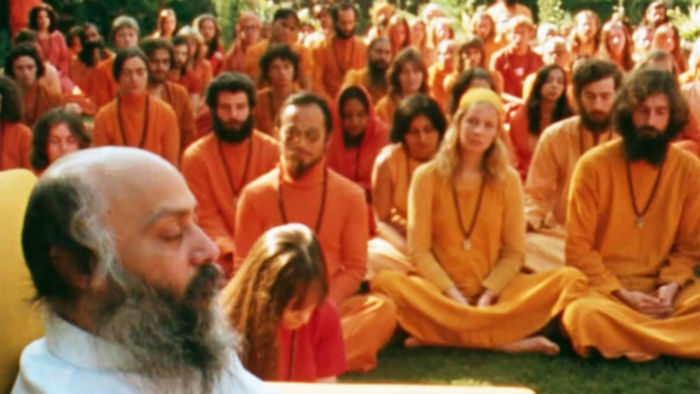 Were you wondering what would be the next crime doc to set everyone buzzing and googling and asking each other, “Wait, did they really poison that town and also try to kill a man with a butt injection?” Here it is: Wild, Wild Country, the new six-part Netflix doc about the Indian guru, Bhagwan Shree Rajneesh, and the Rajneeshee movement that landed in Oregon in the early 1980s. Local authorities thought they had a Jonestown situation on their hands, and the Bhagwan’s new age free love followers, labeled as brainwashed cult members, fought back. Directors Maclain and Chapman Way gained incredible access to former Rajneeshee leadership, who are almost uniformly eloquent and passionate about what happened to them in Oregon. The storytelling is masterful, with each new episode offering up developments that will drop your jaw.
Further Reading: Jeff Guinn, The Road to Jonestown; Emma Cline, The Girls; Lauren Groff, Arcadia

Crime that will make you laugh, sort of: 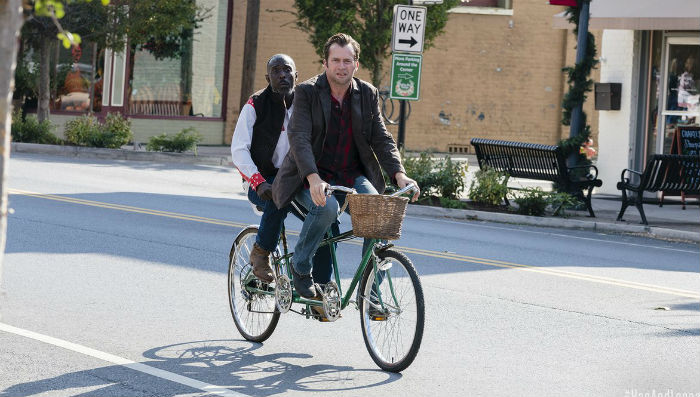 Sundance’s Hap & Leonard currently holds the title as TV’s most whimsical crime drama, never too busy for a strange interlude, a surreal side adventure, or a seemingly irrelevant but charming conversation that turns out to reveal something essential about its engaging title characters, the odd couple played by James Purefoy and Michael K. Williams. Set in 1980s East Texas and based on the novels of Joe Lansdale, Hap & Leonard is a damn fun hour week to week. The new season, based on The Two-Bear Mambo, finds Hap and Leonard heading to a racist plantation backwater in search of their disappeared friend and lawyer, Florida. By all means, start with season 1, but you’re also fine to jump in on season 3.
Further Reading: Attica Locke, The Cutting Season; Anything by Joe R. Lansdale; Daniel Woodrell’s Bayou Trilogy 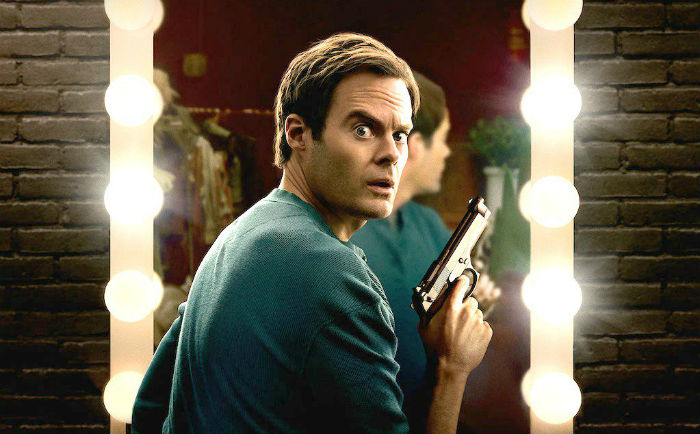 Bill Hader’s long-awaited HBO vehicle is out this month. The former SNL standout plays Barry, a moribund Cleveland-based hit man who goes to Los Angeles on a job and discovers his true purpose in life is acting. A strange mix of crime, satire, and mood piece, Barry lags at the start, but it’s safe to say there’s nothing else quite like it on TV right now. Hader’s talent is undeniable, and the show more than proves its worth when Barry and his acting classmates perform scenes from their own versions of “iconic” films.
Further Reading: Edward Wright, Cleo’s Moon; Ace Atkins, The Devil’s Garden; Max Allan Collins’ Quarry series

When things go wrong in Mittleeuropa: 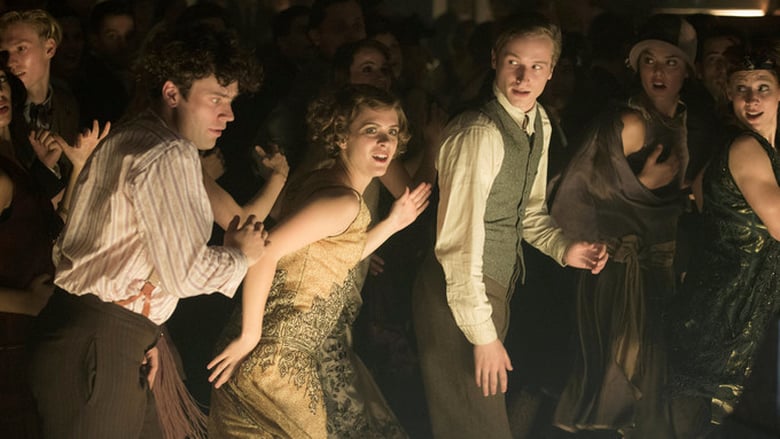 The sprawling, effervescent Weimar Germany detective show you didn’t know you needed until there it was, 16 episodes on Netflix, packed full of lush historical detail, lively character work, grisly crime, and choreographed dance scenes that would make Baz Luhrmann proud. Let’s be honest, Babylon Berlin can be a bit messy; it’ll have you asking, ‘wait, who’s that,’ at least twice an episode; and it could do with cutting a few C and D plots. But the messiness is part of the fun. It’s a big, exciting, ominous world, and this is a show that never lacks for perspective or daring. Come for the mystery, stay for the strange, arrhythmic, costumed dancing.
Further Reading: Volker Kutscher, Berlin Babylon; Philip Kerr’s Berlin Noir trilogy; Jonathan Rabb, Shadow and Light 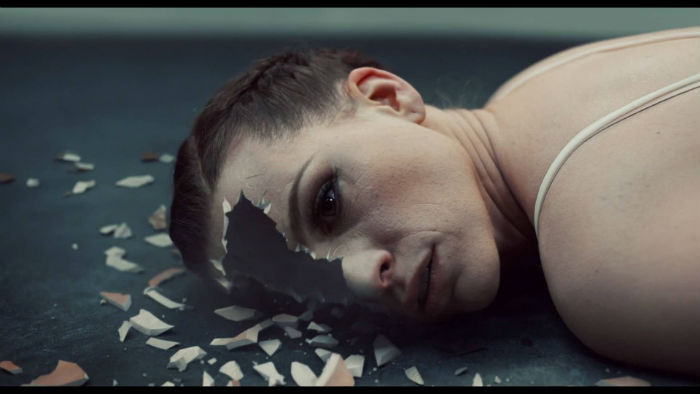 A few weeks ago, Netflix quietly dropped Tabula Rasa, a psychological thriller out of Belgium that’s been a minor sensation in Europe. The story begins in a psychological treatment center, where a young woman suffering from amnesia meets with a police detective on a missing person case (as you might guess, she figures into it). The tone is jagged, with an undercurrent of horror running through. This is suspense storytelling performed at a high level, with a talented cast and a plot that doles out just enough information to keep you guessing episode to episode.
Further Reading: Ruth Ware, The Lying Game; Sebastian Japrisot, A Trap for Cinderella; Michel Bussi, Time Is a Killer 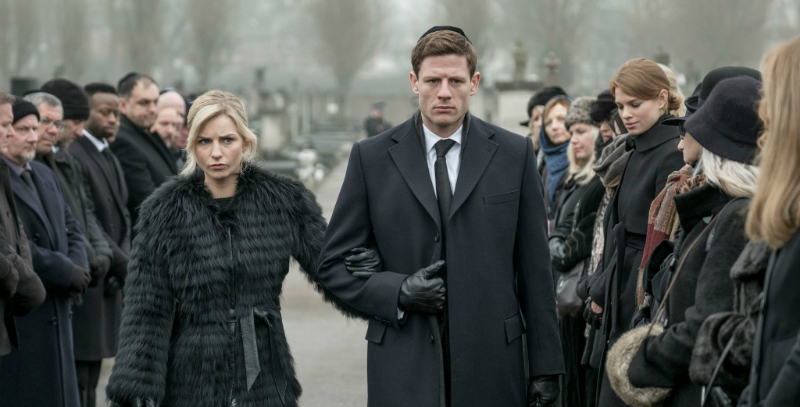 One of the season’s most ambitious crime shows. McMafia follows the fortunes of a Russian family living in exile in London, with deep ties to organized crime. The show’s mission (other than looking like a million bucks) is to show the scope of modern organized crime, which has gone corporate and global in shocking ways. The cast is international and top-notch, as are the settings, from Mumbai to Antibes to Prague to London. James Norton stars, not the most charismatic leading man, but a stalwart of the crime scene. David Strathaim, naturally, steals more than his share of scenes.
Further Reading: Daniel Silva, House of Spies; Don Winslow, The Cartel; John le Carré, Our Kind of Traitor (as well as Misha Glenny’s excellent McMafia: A Journey Through the Global Criminal Underworld) 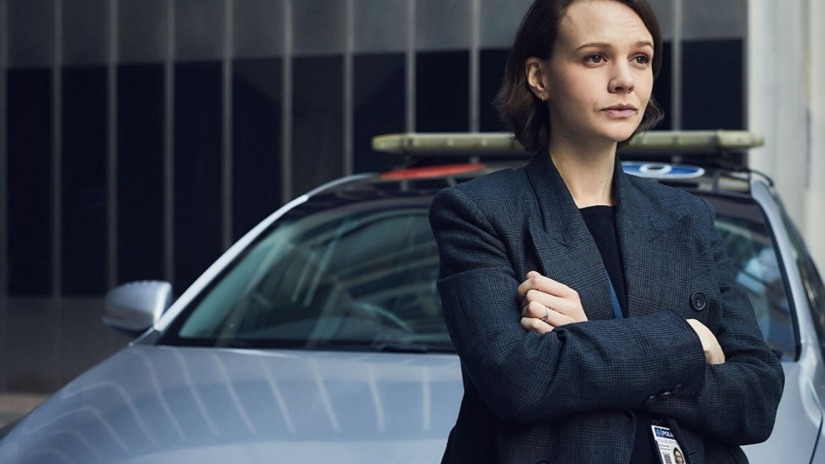 Carey Mulligan takes a star turn as a jaded London city detective investigating the murder of a pizza delivery man, a case which turns out to be a sprawling conspiracy involving drugs, immigration, human trafficking, special forces military, secret service spies, and Labour MPs. A brisk four-part miniseries, Collateral can be polished off in one or two sittings. If you don’t get down with procedurals, this might not be your cup, but for everyone else, anglophiles to hardboiled fans, this is one of the season’s more rewarding series and a cut above the rest.
Further Reading: Joseph Knox, Sirens; Karim Miske, Arab Jazz; David Peace, 1974 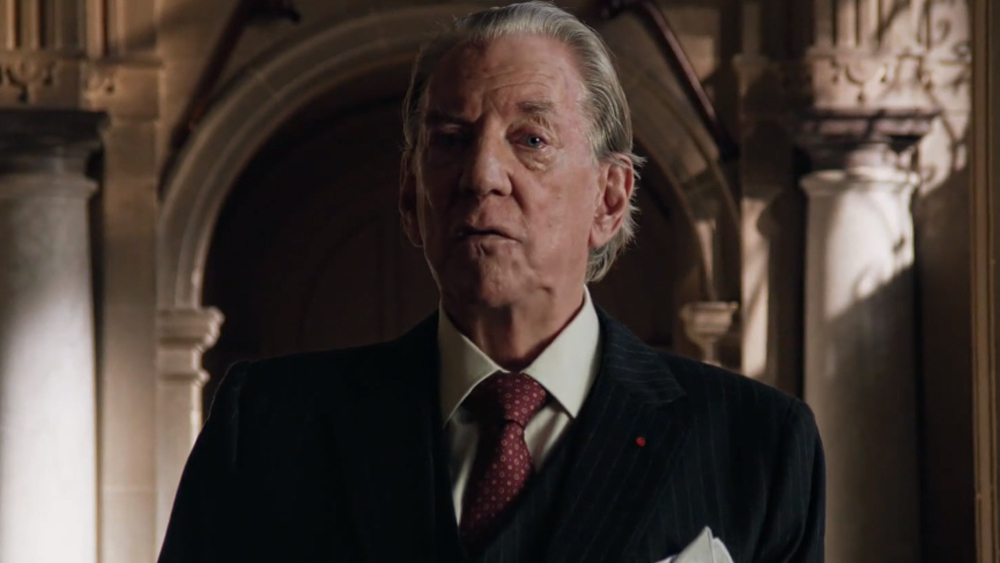 The kidnapping of J. Paul Getty III is having a cultural moment (see, All the Money in the World). FX’s new Danny Boyle directed series is a sprawling portrait of one of the world’s richest and most eccentric families in a moment of supreme crisis: the kidnapping of its youngest scion, who was at the time living a decadent life among the bohemian artistic-underclasses of Rome. The crime elements of the story are compelling (members of the family doubted whether the boy had actually been kidnapped), but even more fascinating is the glimpse into a storied American dynasty, a bizarre look at what that level of wealth (and boredom, and privilege, and pain) will do to a family. Like other true crime series, this one brings in an impressive cast, with Brendan Fraser, Hilary Swank, and Donald Sutherland starring.
Further Reading: Charles Fox, Uncommon Youth; Jeffrey Toobin, American Heiress; Sacha Batthyany, A Crime in the Family 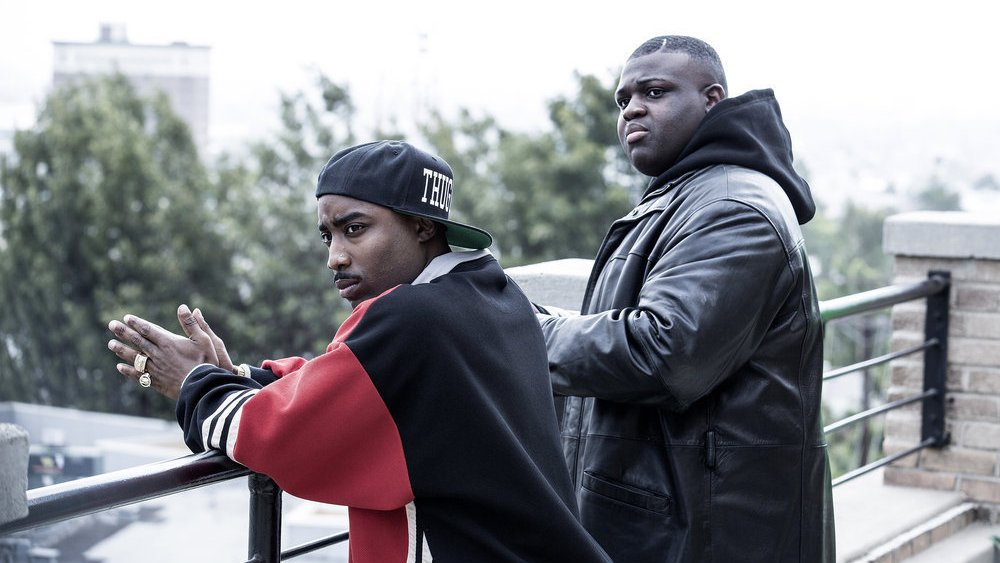 Unsolved is ambitious with the scope of its story. That’s about the best thing you can say about it, aside from the fact that it’s about Biggie and Tupac and their murders and therefore you know you’re going to tune in for at least a few minutes and possibly find yourself hooked. Probably not, but hey you never know. This series, which aims for the cultural resonance of The People versus O.J. Simpson, mostly falls flat, but with the occasional effervescent moment. Sadly, though, they don’t have the license to the music, so if you’re expecting it to bump, think again.
Further Reading: Joe Ide, IQ; Nelson George, The Accidental Hunter; Adam Smyer, Knucklehead 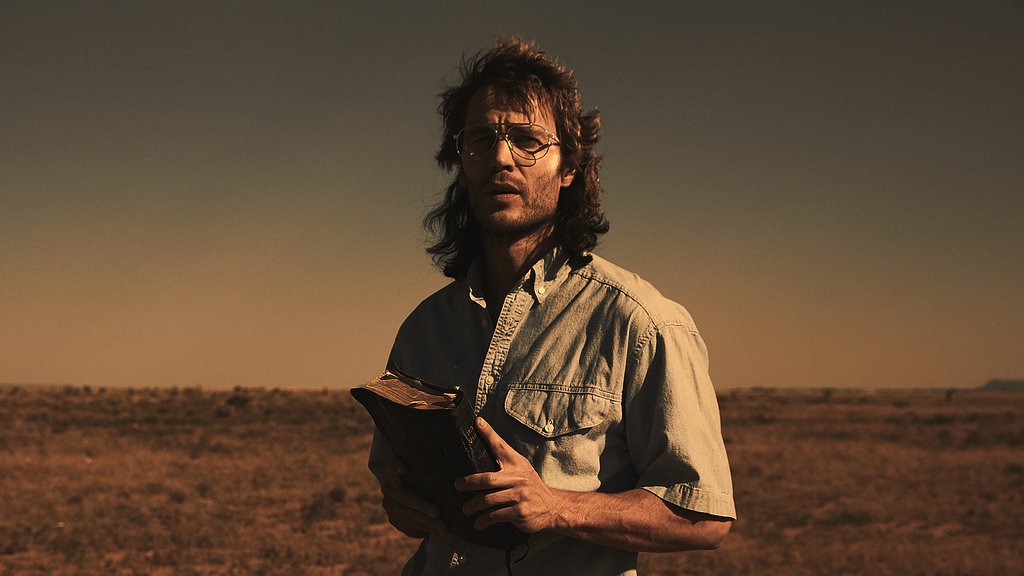 The network’s first foray into drama, Waco takes a big swing at important historical material and certainly puts the ball into play. Taylor Kitsch as cult leader David Koresh has a strange and haunting charisma; stepping back, the show also does some admirable work looking at the militarization of policing in America and the growth of a virulent strand of conservatism that distrusted the FBI and felt religious freedom and the 2nd Amendment were under attack. The execution of this one is often stilted, but the story Waco wants to tell is well worth watching.
Further Reading: Adam Sternbergh, The Blinds; David Grann, Killers of the Flower Moon; Jon Krakauer, Under the Banner of Heaven 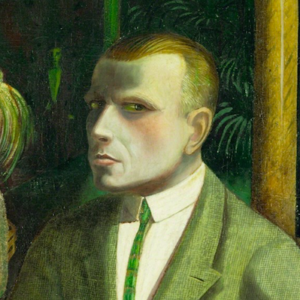 When I heard that Philip Kerr had died, my first grief (forgive me) was for his character. I’ve known Bernie much longer...
© LitHub
Back to top