Your Guide to What's Streaming in September: Crime Edition

Fargo is back, Wallander is young, and Sherlock has a kid sister.

After a summer dry spell, productions are back up and running and Netflix has seemingly bought every project under the sun, so it’s looking like a bumper crop of good crime shows this fall. In September alone, we’re getting series from Noah Hawley and Gillian Flynn, as well as feature adaptations of work from Iain Reed and Donald Ray Pollock. Also, some interesting looking prequels. Fire up your streaming devices and get ready.

The title sums up it up pretty neatly in just the two words. It’s Henning Mankell’s iconic detective, Wallander, except he’s young, fresh out of the academy to be exact. This is still Nordic Noir, though, so don’t expect a lot of sunshine, romance, and nightclub soirees. Wallander’s going to have a case to solve, and it’s going to be very, very dark, count on it.

Based on the Iain Reed novel and adapted by Charlie Kaufman, I’m Thinking of Ending Things is assuredly, intensely strange, and committed to that strangeness in a way few features would dare be. Without giving too much away, a woman and her boyfriend go to his parents’ home for the big introduction, and…that’s about where things start to get unhinged, specifically the characters’ understandings of time and space, conjuring up a truly unsettling psychological thriller.

Look I’m only going by the trailer here, but I’m intrigued by any PBS Masterpiece Mystery that gets away with the line: “There was some material under his fingernails, as if he’d been ripping at someone wearing rubber…Doesn’t really narrow it down in Amsterdam.” You wouldn’t hear that on Grantchester. Is the rest of it worth watching? Yet to be seen.

The Third Day is a limited series starring Jude Law and Naomi Harris as outsiders arriving on a strange island off the coast of Britain in two different time periods, with their storylines intersecting and playing off one another in unusual ways. It has the feeling of a very British Midsommar, and the visuals look stark and intense. That’s a pretty nice pairing with the creeping sensation that something is profoundly wrong on this bizarre little island.

The Devil All the Time
(September 16th, Netflix)

The cast is pretty stellar for this adaptation of Donald Ray Pollock’s rural noir classic, featuring Tom Holland in the lead and Robert Pattinson as a small-town preacher bringing a nasty evil streak to Knockemstiff, Ohio. Pollock’s work brings spiritual battles and backwoods mythology into the world of crime fiction, and it looks like they captured his world pretty damn sharply here. Expect a deeply moving, highly disturbing experience.

The teaser doesn’t tell you much and honestly, you don’t need to know much, do you? Sherlock Holmes has a younger sister, named Enola. And she says cheeky things like, “Tis I.” And presumably solves mysteries on her own, maybe right out from under her brother’s nose. Count me in.

As far as I understand this is about some comics writers who find out their favorite, prophetic graphic series about a dystopian future is all based on real conspiracies, and they go about trying to save the world. All that sounds fine and interesting enough but what I’m really into here is the fact that Gillian Flynn is writing and showrunning. Now, first blush this looks nothing like the usual Flynn fare. Second blush it still doesn’t look like her stuff, but dammit I want to see John Cusack and Rainn Wilson delivering their versions of the cool girl speech. This one has a lot of promise, and might well be the season’s breakout.

A new docu-series from the team behind The Jinx, based on Errol Morris’s true crime book, A Wilderness of Error looks at the case of Jeffrey MacDonald, an army surgeon convicted of killing his family, but who maintained it was a group of hippies who did it. The series, like the book, examines not only the case, but the formation of narratives around murders, and the bending of memories and relations in the aftermath of horrible violence. 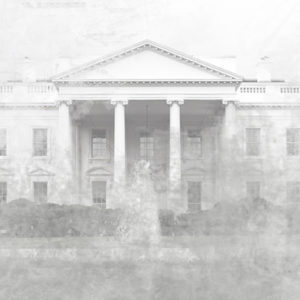 The White House is the most pliant of American symbols, an unresolved piece of myth-making that defies attempts to make it stick...
© LitHub
Back to top