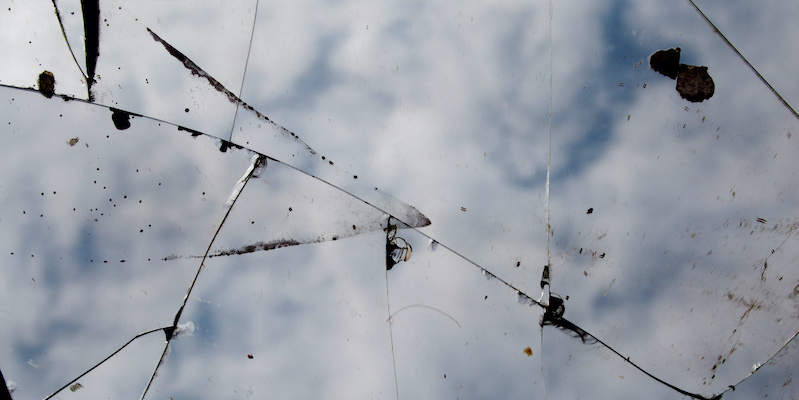 "It’s fun as fiction if it remains fiction. That’s sort of up to society though, isn’t it?"

I sometimes use movies to talk about books. In my experience, particularly in classroom settings, it’s easy to point to the story structure of a popular film that most, if not all, those present have seen, then compare it to a book that maybe hasn’t made the rounds. It’s not an uncommon practice. As any Black horror writer is aware of post-2017.

That was the year Jordan Peele’s Get Out premiered and knocked the entire filmmaking industry back on its heels. “I would’ve voted for Obama for a third term.” The teacup. The Sunken Place. And, my favorite moment, “Where are those keys, Rose?” It is a fantastic film I revisit often. It was certainly the springboard for what we might now refer to as “Peeleian Horror,”[1] which encompasses all three of Peele’s horror movies, for sure, but might be (and has been) applied to anything a Black person creates that’s even remotely close to horror, whether it makes sense or not.

In the case of my speculative horror novel The Getaway it does make sense. Because the Jordan Peele/Get Out comp is shorthand for a few things. A racial component: a Black protagonist is enough to check that box. Real world oppression exaggerated to a plausible extreme, i.e., Social Horror. And, most importantly, viability. As in there’s an audience for this. Despite what you may have thought before.

What inspired The Getaway, a book about a teenager whose family happily lives and works in a walled off vacation destination called Karloff Country until society collapses and the resort’s true nefarious purpose is revealed? My answer shifts. There’s the not-so-magical time I spent employed at a world-famous resort in my early 20s. There’s the true story I read about a futurist being interrogated by five of the richest people in the world on best practices for surviving the apocalypse in comfort. Or the fact (an actual fact, not an alternative one) that in my home state of Virginia there’s a bunker that was constructed to protect money—not people—in the event of nuclear strikes.[2] All are true, but none are as concise as the one I’m hesitant to say lest you think me bleak. What really inspired The Getaway? Honestly?

Or don’t. Because maybe that’s my problem. I spend too much time plugged into the 24-hour news cycle as presented by my preferred networks, broadcasters, and pundits. I parrot things like “this year is the hottest summer I’ve ever experienced and the coolest my infant daughter will ever know.” I count the EXIT signs when I go into a grocery story. A school. A mall. I tell my family and friends I love them every single time we part (and I think you should, too) just in case. I’m the kind of person who might be tempted by a place like Karloff Country. Where it’s safe—for me and you, not the characters.

That’s what horror fiction does, right? Allows us to experience the absolute worst-case scenario from afar, even if those scenarios still feel close to home. It’s a pressure valve for our anxiety. A release because real life isn’t that bad!

Recently, The Getaway got a wonderful review from a well-known trade publication. “Giles’s harrowing dystopian novel combines an exploration of capitalistic greed and systemic racism and oppression with gripping psychological horror, resulting in a read that is guaranteed to terrify.” I was pleased. They got it. I wanted more people to get it. So I attempted to boost this wonderful quote through my preferred social media platforms. It went well for about a day.

I was notified that my ad could no longer run because it violated the platform’s policy on Social Issues, Elections, and Politics. Soon after that the same thing happened to a second, different, ad for my book. For a detailed account of these violations and the aftermath[3] you can visit my Instagram page, but you don’t need the details to understand what I’m about to note: The Getaway isn’t about an election and is not political in the sense the policy dictates. So, it was social issues.

“An exploration of capitalistic greed and systemic racism and oppression…”

I could not confirm that quote was the reason my ad got flagged as the platform’s rep would only admit the artificial intelligence responsible for policy adherence noted something bad and that I might try using different words next time. Unrelated, there’s an artificial intelligence called Sandrina in The Getaway that takes inexplicable liberties to protect the residents of Karloff Country. It does stuff like lock them in their smart homes in near darkness for days and monitor their conversations to ensure the topics they discuss are safe. We can never confirm the exact reasons Sandrina does what it does, but it pays attention to the bad things on behalf of the people.

Anyway…Social Horror. Real world oppression exaggerated to a plausible extreme. Scenarios that feel close to home. It’s fun as fiction if it remains fiction. That’s sort of up to society though, isn’t it? In my book I explore the fallout of society having the choice made for us by a minority of rich, cruel, powerful people. I mean it to be a cautionary tale, but after the last few years of chaos the world over…I have concerns. What to do?

I could take my own advice and actually look around. Not at the doom and gloom that keeps advertisers buying slots between non-stop BREAKING NEWS. I could try cracking my front door for a glimpse at the mountains in the distance, at the kids playing tag in the park across the street, or the neighbors who break from pruning their hedges to wave hello. I could look at my baby’s new tooth, my wife’s new haircut.

I could remember that, as the latest inductee into Club Peeleian, The Getaway is getting a lot of great buzz and may be my most successful book yet. I’ll keep focusing on the good, appreciating the light in my life, and do what I can to pass on the best bits to you. Whether an A.I., algorithm, or whatever mechanism is in place to protect us from things we never knew were problems lets you see it is the question?

But that’s another story for another time, perhaps.

[2] Look up “Mount Pony”—it’s worth it. Also, what it’s used for now is way cooler than its original intent.

[3] The platform reversed its decision once I screenshotted and posted my surreal chat session with one of its reps. 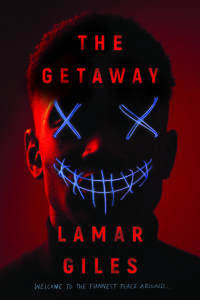 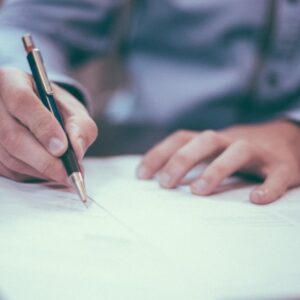 In 1990, when I was in law school, my Jessup International Moot Court team won the award for writing the best legal brief...
© LitHub
Back to top