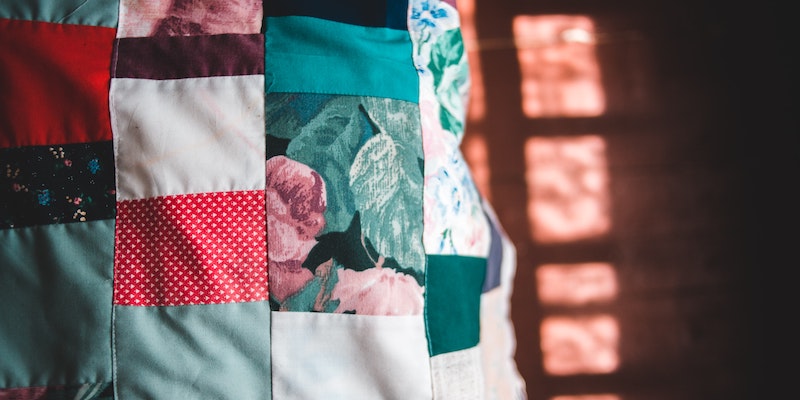 How moving to Paducah, Kentucky, the quilting capital of the world, helped one mystery novelist recover from deep depression.

I count my blessings every day because my job as the arts-and-entertainment reporter for the Paducah Sun newspaper in Paducah, Kentucky, didn’t work out. I’d left Los Angeles to take the entry-level job six months earlier, despite my having run newsrooms at previous publications. I needed work, so I packed my trailer and headed for the Quilting Capital of the World, home to the incomparable National Quilt Museum. If the job hadn’t been a disaster, I wouldn’t have written my first novel, Quilt City Murders, which will be published by TouchPoint Press on Feb. 7.

As the A&E reporter, I interacted daily with creative people, many of them quilters, and doing so proved to be even more satisfying and enjoyable than I’d hoped it would be. But management and I didn’t see eye to eye. So, after dozens of sleepless nights and yet-another error slathered across the front page, I quit. Unfortunately, the acute, clinical depression I’d battled most of my life soon set in, exacerbated by dire loneliness. I could see no escape from the dark well down which I seemed to be falling. My present was bleak, and my future seemed non-existent.

But quilting saved me.

I’d known almost nothing about quilting when I arrived in Paducah, but interviewing numerous quilters and Frank Bennett, the then-CEO of the National Quilt Museum, piqued my interest. I stood awestruck in front of Kris Vierra’s Tiger, Tiger as it hung in the NQM. I gasped at the artistry and mastery on display in Hollis Chatelain’s Innocence, and I interviewed Pat Holly after her gorgeous quilt Turkish Treasures won Best of Show at Paducah QuiltWeek.

I’m a creative person, having sold paintings, photos, and hundreds of articles, sung on television, acted in an infomercial, and built boats without plans. But I understood that my manual dexterity wasn’t developed enough, and my aesthetic sense wasn’t discerning enough for me ever to become proficient as a quilter.

I was not, however, too ham-fisted to write about quilting. As depression nearly took me under, I knew I had to do something to make me feel good about myself again, to make me want to thrive. The title Quilt City Murders popped into my head, and I started to write after a sleepless night—one induced by excitement, rather than anxiety.

The writing process was invigorating, daunting, and exhausting, but I awoke every morning ready to add to the murder mystery spooling out before me. I studied many quilting websites, discovered quilting-centric novels by Earlene Fowler and Mary Marks, tried to comprehend the enormous quantities of quilting products for sale in Hancock’s of Paducah, and even bought my first pattern. I managed—without drawing a lot of blood—to sew a few fabric strips together. The pattern I purchased had an RV theme, but the bowed, wrinkled, jagged eye-sore developing under my touch was a fender-bender on its way to becoming a high-speed wreck. I learned that I was as likely to cut fabric in a straight line with a scissors as I was to win Best of Show—in the Westminster Kennel Club Dog Show. And I also learned that my time was better spent giving voice to the irrepressible narrator—journalist and quilter, Hadley Carroll—than it was quilting.

Hadley draws strength from her weekly quilting group, Paducah Quilters Quorum, as she processes the killing of her former fiancé and tries to solve the murders of quilters that panic Paducah and decimate QuiltWeek, the world’s largest quilting event. Hadley’s troubled upbringing grants her the resilience she needs to help solve the killings, and her sense of humor entertains nearly everyone in her orbit. Along the way, she fights for the rights of women and manages to put her past in the past.

Because I combined working toward a goal that I’d had for nearly forty years—completing a novel—with anti-depressant medication and therapy, I slowly slipped from depression’s darkness into life’s light. In fact, I rebounded enough to meet and marry the most amazing woman I’ve ever known, Sedonia Sipes, who designed the cover of Quilt City Murders.

Without quilting, I would still be in a very dark place, and Hadley Carroll wouldn’t exist. 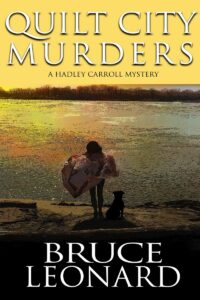 Bruce Leonard earned a B.A. in English with a creative-writing emphasis from UCLA. He has been a travel writer, a magazine and newspaper editor, an owner of a bakery, and a guinea pig for the U.S. Government. While living in Paducah, Kentucky, the Quilting Capital of the World, he wrote Quilt City Murders. His detective novel, Hard Exit, will also be published by TouchPoint Press, and he’s working on the sequel to QCM, titled Panic in Paducah. You can reach him through his website: bruceleonardwriter.com. 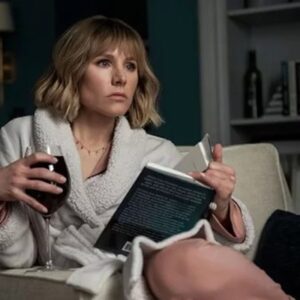 Back in 2011, Saturday Night Live spoofed the Lifetime network’s original movies with a game show for suburban moms of troubled...
© LitHub
Back to top