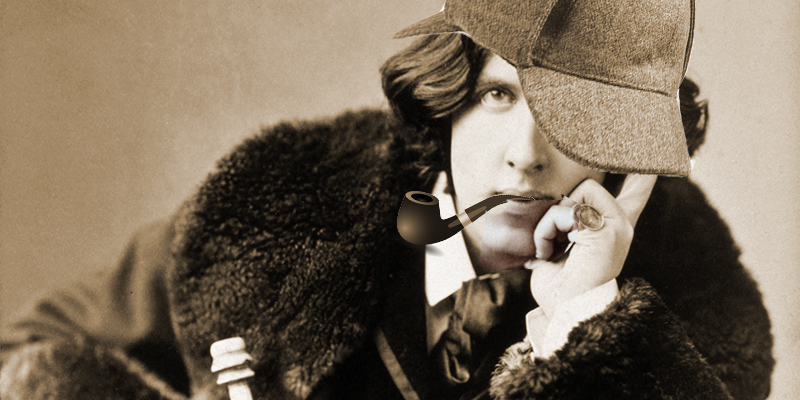 Real people often crop up in historical crime fiction. Some authors take it a step further and have them become sleuths. These books are built not just around a fascinating character from the past, but the times in which they lived. In my “A Dickens of a Crime” series, I have tackled Charles Dickens during his formative years in the 1830s, just as his parliamentary reporting career was hitting its zenith and he was meeting his future wife, Catherine “Kate” Hogarth. J.C. Briggs took a different approach to the famous writer, using Dickens as a co-sleuth when he was middle-aged and friendly with police detectives, well into Queen Victoria’s reign—a career that doesn’t yet exist in my pre-Victorian era novels. As a result, the two series have very different tones, while using the same historical figure at unique points in his life.

Some beloved, long-dead celebrities continue to hold sway over the genre and are entering the crime world from beyond the grave. Abraham Lincoln has starred in one series and was an important character in others. Queen Elizabeth I of England has had a key supporting role in multiple mystery series, way beyond what is represented here. There is a new series with artist Jan Vermeer as a supporting character. Alyssa Maxwell’s Gilded Newport Mystery series uses a fictional member of the famed Vanderbilt family to shed light on the real family’s personalities and antics.

Our famous dead are used in the marketing of mysteries to establish time and place and enhance name recognition. They can be a great avenue for a reader to become a detective too, as booklovers may be inspired to research what is biography and what is fiction after reading one of these mysteries.

The appeal to the reader has to be the changing, fraught times as much as the charismatic sleuths who represent their era. It’s also a chance in many cases to revisit the writing style of the person, when the amateur sleuth was a novelist or poet. When we have the writings of the historical figure, whether it be novels, poetry, essays, or letters, the author can more clearly get to the heart of their amateur sleuth’s biography and find nuggets to spin into a work of crime fiction.

I tracked this subgenre of historical mystery series from the ‘90s to today to offer up a baker’s seventeen gems: 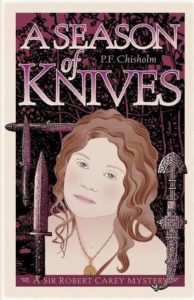 This long-running series debuted in 1994. The first six books have been reissued recently in omnibus editions. Set in the last decade of the sixteenth century, the books follow Queen Elizabeth I’s charismatic soldier cousin (or nephew, depending on what you believe,) Sir Robert Carey. These action-filled and witty mystery-adventures are based on stories from his real-life memoirs. 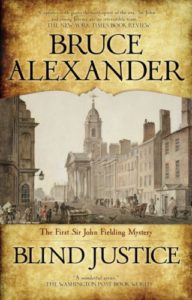 Here, the writing style is reminiscent of the Eighteenth century time period’s literary output, and is narrated by a young fictional character who works for Sir John Fielding, but the “Blind Beak’s” brilliance as a London magistrate is central to the series. 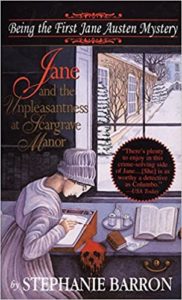 This venerable series, first published in 1996, follows the conceit that Jane Austen herself wrote these books, and the author is merely the editor of her long-lost manuscripts. They emulate the stylistic choices of Austen’s real novels and weave in and out of the known facts of her life. 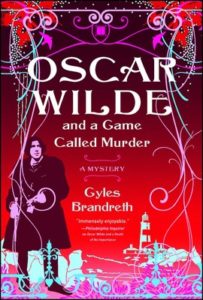 Narrated by poet Robert Sherard in the form of unpublished memoirs revealing Oscar Wilde’s secrets, and featuring Arthur Conan Doyle, this series begins in 1889. Wilde takes the place of Sherlock Holmes, his real-life wit and lifestyle combining with Holmesian powers of deduction. Sherard wrote a number of published memoirs about his friend that can be found today. 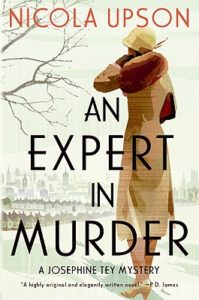 This decade long-running and still current series features the famed Scottish novelist/playwright and is set in the 1930s. She is not the only point-of-view character but it is based around her experiences. I find the novels wise and complex, and full of death in a way that many books of crime fiction are not.

This current effort started with a highly creative, what-if reimagining of Dame Christie’s mysterious disappearance in 1926 and continues on from there. This series, which mixes Christie into the world of British spies, immerses the reader in the time period and her biography, if not employing her writing style. Other real-life mysteries of the period are considered, like famed Arabist Gertrude Bell’s mysterious death. 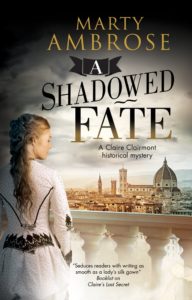 In her old age, Claire Claremont looks back on her storied life as Byron’s mistress and the mother of his short-lived child in this recent series from Severn House. In 1873, current events harken back to her adventures in 1816 with the literary hero Shelleys. Of course, murders occur. 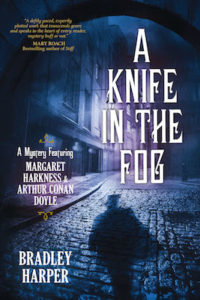 This new series begins with a retelling of the 1888 Jack the Ripper conundrum and brings in London’s East End author Harkness and other figures of the time like Sir Arthur Conan Doyle. The books are written in Doyle’s style and pay homage to his character Sherlock Holmes. 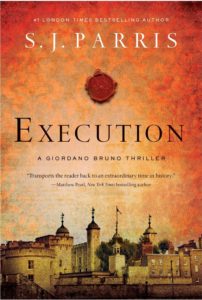 This current series is a window into the troubled Elizabethan era at Oxford University, set a decade earlier in Queen Elizabeth I’s reign compared to the Sir Robert Carey series. Bruno was an Italian and Catholic monk turned controversial scientist/professor, and a friend of English poet/soldier Sir Philip Sidney. When Bruno comes to England he enters the secretive world of the queen’s spies. 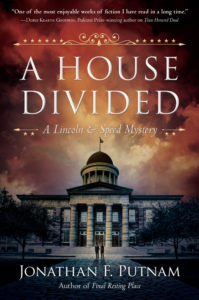 The Lincoln and Speed Mystery series by Jonathan F. Putnam

This 1830s set series features future politicians Abraham Lincoln and Joshua Speed, and takes place in locales around Springfield, Illinois. Narrated eloquently by Speed, it illuminates the legal issues and characters of the period. 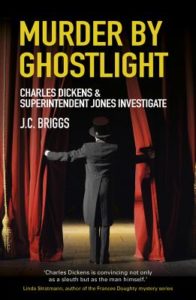 This current series is set during Charles Dickens’s mid-life, starting in 1849, after London had professional police detectives. Dickens idolized the Scotland Yard detectives and he is working with them to solve crimes in these books, centered around activities and locations from his real life. 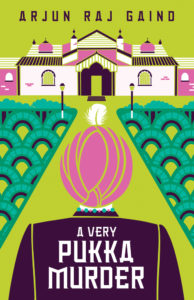 Our 1909 British Raj-era amateur sleuth, Maharaja Sikander Singh, the ruler of Rajpore, is not a real person, but a composite of real historical figures. His sidekick, namesake of the author’s grandfather, is based on the historical man. The maharaja loves mysteries, feels the local authorities are incompetent, and his relationship with his manservant is reminiscent of Jeeves and Wooster. 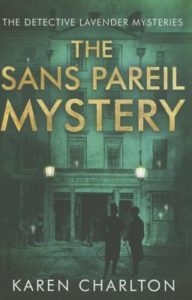 This engaging series follows a real life crime fighter from Regency England, rather than making an amateur sleuth out of a notable figure. Charlton discovered this Bow Street Principal Officer by diving into her family genealogy. 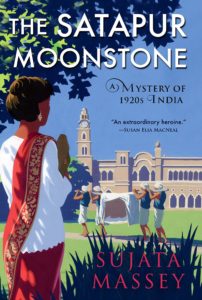 While 1920s Bombay, India sleuth, Perveen Mistry, isn’t a real person, she’s partially based on Cornelia Sorabji, a significant figure in the British and Indian legal world during her lifetime. The impetuous lawyer-sleuth has an opportunity to follow her passion for women’s rights instead of working on contracts and takes it when an odd legal matter falls into her lap. 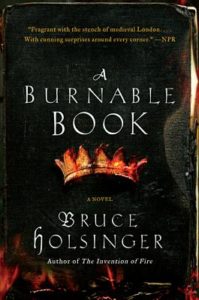 This fourteenth century-set series by college professor Holsinger is a triumph of scholarship and imagination. Poet John Gower is the main sleuth though his real life bad boy best-friend, Geoffrey Chaucer, plays a significant part. 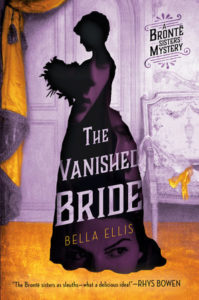 Charlotte, Anne, and Emily band together to solve Yorkshire mysteries with alternating points of view. Charlotte looks back from the vantage point of being the longest-lived sister of this talented but ill-starred Victorian family. This new series has its second release in November. 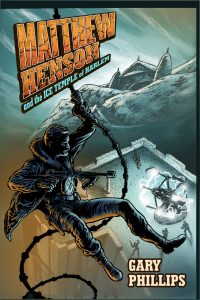 American explorer Matthew Henson, son of free Black sharecropper parents and born before the Civil War, is reimagined in the Doc Savage-Indiana Jones mold, navigating through 1928 Harlem. His enemy is real-life gangster Dutch Shultz. I shuddered reading his history, given that my family tree has members of the period’s Irish Mob in it and Shultz’s outfit probably warred with my relatives back in the day. Looking forward to this one! 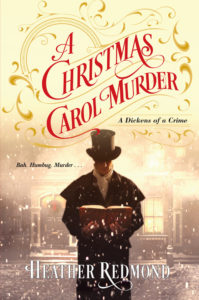 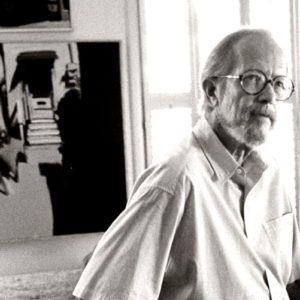