"So he names us and he says okay start talking."

Twenty years ago, Elmore Leonard visited the New York State Writers Institute. The Institute, a literary organization founded when William Kennedy passed along his MacArthur fellowship money, is based in Albany, New York and generally knows how to put on a show. Leonard was one in a long line of illustrious writers to pay the Institute a formal visit. What that involves, apparently, is a lot of seminars, talks, and from the looks of it some good lunches. The point is to celebrate the art and craft of writing, and in that regard Leonard was an inspired choice, an author with a distinctive style who had dedicated a great portion of his career to the study and articulation of his craft. (Today, he’s remembered fondly not only for his novels and their many Hollywood adaptations, but also for his Rules for Writing.)

As part of the Institute’s festivities, a wonderful little video was made. It’s difficult to describe except to say there’s a nice jazz soundtrack and some impressive editing that weaves together pieces of Leonard’s lectures and conversations. The highlight is a two-minute clip in which Leonard explains his writing process from the perspective and voice of one of his characters. It’s as clever a craft lesson as you’ll find and also incredibly entertaining.

In short, it’s all about talking. Leonard, via his “character,” explains:

“What he does, he makes us do all the work, the people in the books. Puts us in scenes and says go ahead and do something. No, first he thinks up names. Takes forever to think up names like Bob and Jack. Jackie for a woman, a female lead. Or Frank. Years ago anyone named Frank in one of his books was a bad guy. So then he used Frank as the name of a good guy one time and this Frank wouldn’t talk, refused to come out and become the the kind of person Elmore wanted. So he changed his name to Jack after thinking of names for another few weeks, and it felt so good he couldn’t shut the guy up, I mean this Jack, not Elmore. So he names us and he says okay start talking. So that’s what we do. Sometimes if a character has trouble expressing himself he’s demoted. He’s given less to do in the book, or he might get shot. What can also happen if a minor or even a no-name character shows he can talk, he can shove his way into the story and get a more important part. So Elmore names us, gets us talking to each other, bumping heads or getting along okay and then I don’t know what happens to him, I think he takes off, leaves it up to us. There was a piece written about him one time in The Village Voice called ‘The Author Vanishes’ and it’s true.”

The segment starts in the video at the 6:15 mark. Enjoy.

– Leonard responding to being labeled an “overnight success” (2:00)

– Leonard asking filmmakers to leave out the winks and laughs (8:35)

Thanks to the New York State Writers Institute for this gem.

For more Elmore Leonard coverage on CrimeReads, check out:

The Great Elmore Leonard Renaissance of the Late ’90s, by Zach Vasquez 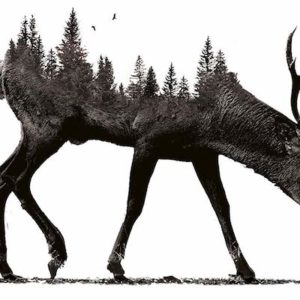 A sense of place and an acute atmosphere of displacement, or something rotten in Denmark, is key to achieving extra eeriness...
© LitHub
Back to top