Maybe it’s just because I reread all of the Wheel of Time books last year in preparation for the series, but I’ve had an itch for fantasy ever since. Not just any fantasy, mind you—dark fantasy is where a crime fan goes looking when crossing over into the realm of magic. Some of the books below are nihilistic, some are hopeful, and some are profound statements about contemporary existence. What unites the items on this list, other than their 2022 release dates, is a shared emphasis on the abuses and misuses of magic, the consequences of power, not any awe-inspiring achievements. In dark fantasy, the use of magic often comes with a terrible cost to the spell-caster, which is why I like to think of this as the “Blood Sugar Sex Magic” category of genre fiction. In other words, authors of dark fantasy embrace a noir vision of the world. 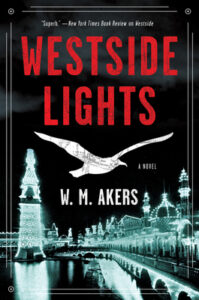 This is the third in W. M. Akers’ incredibly imaginative Westside series, in which the Western half of Manhattan suddenly experiences the failure of all modern technology. With the lights gone dark, gang warfare, dark magic, and petty politics hold sway, but in Westside Lights, someone’s figured out a way to turn the streetlamps back on, and not everyone’s happy. Oh, and it has something to do with a whole bunch of poisoned seagulls…

If you enjoyed John Green’s Paper Towns, but always wanted to read a book about ghost maps written for adults and that actually made sense, then The Cartographers is the book for you! Nell Young, once a rising star in the world of cartography, is working a dead-end job making fake old maps when the sudden death of her famed archivist father sends her on the adventure of a lifetime. Secret societies, vanishing buildings, and a rekindled romance soon follow, for what is sure to be one of the cleverest mysteries of the year. 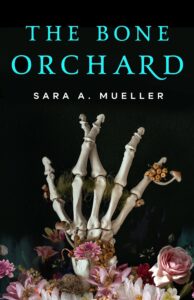 2020 was my big gothic year, 2021 was all about the horror, and now 2022 is going to be the year I Notice Dark Fantasy. There’s, like, so much good dark fantasy out there. I hesitate to claim any knowledge of or expertise within this lovely, morbid subgenre. But I can tell you that the visual creativity of The Bone Orchard is stunning. Charm, a powerful witch and mistress to the kingdom’s aged emperor, spends her days imprisoned in luxury, creating bone ghost simulacra of herself at different ages in life. Together, the bone ghosts serve the refined clients of Charm’s tasteful bordello, and when Charm’s emperor is murdered, she follows his last instructions: to find who has killed him, and to send his dangerous sons far from the throne. 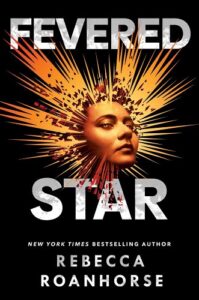 I adored Rebecca Roanhorse’s first in the Meridian series, Black Sun, grounded in pre-Columbian Meso-American mythology and geography, and I can’t wait to read this sure-to-be-exciting followup. Black Sun ended with the great city of Tova engulfed in civil war, which I’m really hoping means some kind of revolution is coming, and the publisher’s blurb promises lots of shifting alliances and new antagonists. 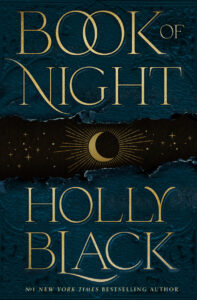 The Book of Night is so cool! And I’m not just saying that because the author showed off her brand new naked sphynx cat on the internet and it’s adorable. Holly Black’s written a lot of great YA, but this is her first aimed-at-adults novel, and I couldn’t have been more absorbed while reading it. In a world infused with shadow magic, a bartender who used to be the greatest heist artist in the city gets pulled back in for one last job. And of course, this has to be the job that gets messy. 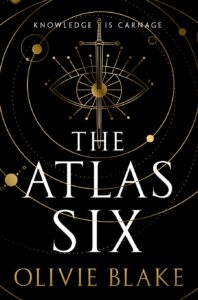 Once you start reading this cool-headed tale of magical competition, you’ll immediately understand why’s it’s become a Tik Tok sensation (so much so that Tor is reissuing the book, which came out early in 2020, in a new hardcover edition). Six students have been selected to compete for five coveted positions within the magically-saved Library of Alexandria. Some of them hate each other, and some of them really, really each other. And everyone is backstabbing everyone else. The Atlas Six is dark academia with a magical twist that evokes the way graduate students are pitted against each other for limited positions (because even in the magical world there are still more people qualified to work in a library than there are library jobs). 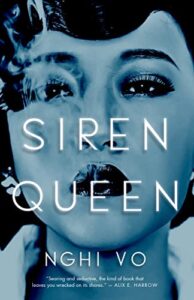 In Siren Queen’s alternate history version of 1920s Hollywood, studios use dark magic to ensure the success of their pictures, and stars, when they first rise, are as bright as a mercury bulb flash, and just as painful to look at in the flesh. Nghi Vo’s Chinese-American heroine will do anything to become a star (except play a maid or a doomed love interest), and instead carves out a powerful space for herself playing monsters. Meanwhile, she immerses herself in the Jazz Age’s thriving gay subculture. Her friends and lovers try as hard as they can to retain a sliver of themselves inside their outsized new personas, and find ways soaked in time and blood to fight back against the studio system. Hollywood + folk magic = amazing!! 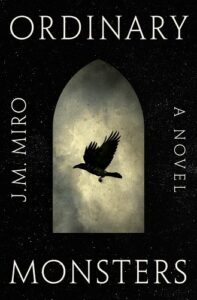 X-Men meets A League of Extraordinary Gentlemen in J.M. Miro’s imaginative, Victorian-set novel. A strange institute, led by the powerful and mysterious Dr. Berghast, is busy collecting orphans from across the globe, each with their own special powers. But someone else wants the talented children too, and he’s got some Gaiman-level henchmen to help him. Come for the world-building, stay for the badass train fight! 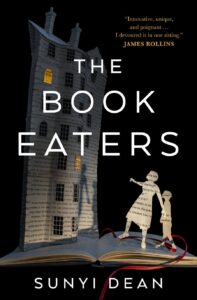 In this dark vision of knowledge and its collection, the ancient Families known as the Book Eaters are dwindling in number and desperate for a solution to their population problems. Fewer girls each year are born to the Book Eaters, who have the power to accumulate knowledge and gain sustenance from eating words, and those girls lead sheltered lives until they are married off in hopes of bringing new Book Eaters into the world. Sunyi Dean has crafted a well-realized in-world fantasy with a powerful heroine and a complex magical system. Oh, and there are murders, I promise! 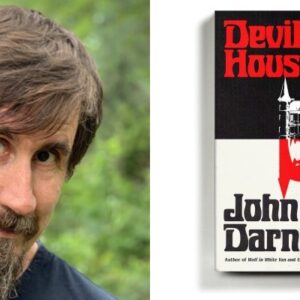 Coming fresh to a new work by the author and musician John Darnielle is a deeply unsettling experience. From the outset,...
© LitHub
Back to top