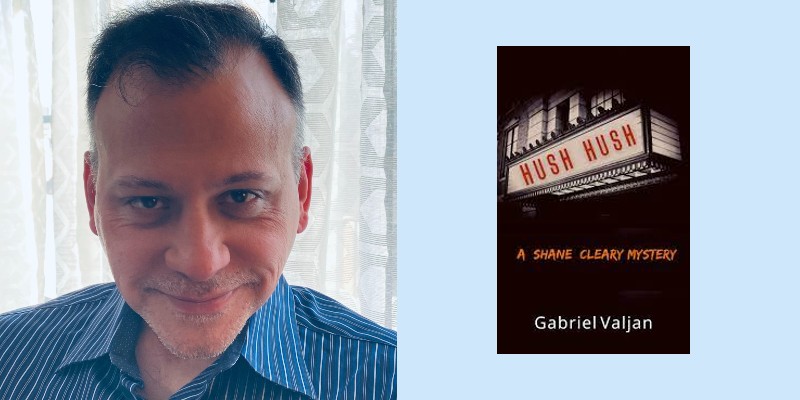 The prolific writer and booster of other writers discusses the long road to his latest novel.

Like many writers, Gabriel Valjan does not like to talk about himself. On social media, he seems more comfortable boosting other writers or showing off his charismatic cat, Munchkin. So you may not know that he has written three book series: the Roma Series, about organized crime in Italy; the Company Files, espionage adventures set after WWII; and the Shane Cleary Mysteries, following a private eye in 1970s Boston. He has also been nominated for the Agatha, Anthony, Silver Falchion Awards, and won a Macavity Award in 2021 for his his short story “Elysian Fields.” I got to talk to Valjan about his newest book—his twelfth published novel—Hush Hush, just published this January.

RN: My pet theory is that crime fiction writers were drawn to the genre because crime featured somewhere in their pasts. My father was a numbers bookie, for example. How about you?

GV: Wow, you came up to the plate swinging the bat. Yes, there are personal connections to criminal elements in my background, but I’ll plead the fifth and keep it simple. In the environment I grew up in—New Jersey, in the ’70s and ’80s—violence was a backdrop, an unavoidable and ugly reality because of the ecosystem and people in it. Personally, violence is anathema. This is one of the many reasons I don’t write graphic violence.

The places I knew and where I worked in New Jersey, criminals were unavoidable. You knew who owned or controlled what, and it was so integral to the fabric of life that you accepted it as normal. In my exposure to “characters,” I’d picked up the cadence of their speech, their syntax, which conveyed both comedy and paranoia. I want to emphasize that I didn’t find any of this romantic. The criminal life is a brutal life, a destroyer of relationships, especially in families, and almost all the individuals I encountered back then have either died violently or in prison. If I became fascinated with crime, I would say it had more to do with the psychological aspects, such as motivation and rationalization.

RN: You’re lucky enough to be able to write full time. At the same time, you’re currently published with a small press, which can come with its own joys and frustrations. Do you ever turn to Munchkin and say, “To hell with this, I’m better off painting houses”?

GV: [Laughs] In light of your previous question, there’s a certain irony in your choice of words. “Painting houses” is mob lingo for a hitman. As for motivation, I don’t think I can do anything else but write. I enjoy it that much. I write because it gives me pleasure to create realities, shape them, and I write to learn about myself. I can say or do things in my writing that I can’t in real life. I know that writers of crime fiction understand this last point. Where else can you kill someone and get away with it? The page is home to your darkest secrets and fantasies. If you’re a writer, you’re going to write, regardless of success or not. It’s not a hobby.

RN: You’re well known as a booster of other writers on social media—posting book birthdays and author events—as well as a great resource for awards and calls for stories. Did you start doing it as kind of a marketing plan, to get people’s attention—“Hey, I exist!”? How did it start?

GV: It evolved. In the beginning, I was told, like most writers, to have a “platform.” I didn’t even know what that meant. Then it hit me that none of us knows what we’re doing. I think back to the gorillas in the ’70s commercials for luggage. We bang away at it with our weapon of choice and hope for the best. My approach to social media is to convey information, provide a service. I don’t call it networking because that implies an ulterior motive, something transactional, meaning, I boost your book, you boost mine.

The result for me was that I went from “Oh, he’s the Twitter guy” to “This guy is also a writer. Check him out.” Social media helped facilitate introductions at conferences. Once the ice melted, I found it easier to ask for blurbs. The wonderful upside to helping others—besides, endorphins—is that I’ve been invited to participate on panels and contribute to anthologies. For a group of people who write about murder, the crime fiction community is incredibly supportive.

RN: With Hush Hush, you’ve written three Shane Cleary books. He’s a complex private eye, ex-cop, smart, principled, but idealistic rather than worn out. What was your inspiration for the character?

GV: Shane and Walker, from my Company Files series, both contain aspects of my personality. The inspiration is more of a mirror than an external source. Walker is the accidental writer. He fell into it while on the job. I’m not one of those writers who dreamed of becoming a novelist and wrote his first novel with crayons. I’d been reading all of my life, and I think that helped me write well. If I have a specific talent, it’s the ability to reach back into history for events that mirror those of the present day. For example, The Devil’s Music, while about the McCarthy era, shows how fake news can destroy lives. With Hush Hush, I drew inspiration from an infamous murder in Boston’s Combat Zone. Shane and I can accept ambiguity in our lives. Shane’s ally is a mafioso, and yet Mr. B is the most honest person in Shane’s universe. I can relate to that. Shane and I understand shades of gray.

RN: Writing historical fiction can be a minefield in these sensitive times. How do you navigate building the verisimilitude that you need for a story while avoiding offense?

GV: It’s challenging enough that a writer has to do a ton of research, but the greater concern is choosing what to show and not show. We can’t have blinkers on about the historical past. I won’t apologize for what I write, and I don’t pull any punches in the Company Files or the Shane series. Neither the ’50s or the ’70s were PC, but rather than focus on that, I like to remind readers how far we’ve come and that those decades were awful for people of color, for LGBT folks, and women.

There’s a scene in Hush Hush that did worry me. I used the n-word, but there’s a context. The word comes out of the mouth of a black character and he’s citing a notorious nursery rhyme that gave Agatha Christie the title to one of her mysteries. If you’re a fan of the Dame and didn’t know this tidbit of trivia, then google the original title to And Then There Were None. Readers need to understand that people talked that way. I wrote an afterword for Hush Hush to remind readers of forgotten history.

RN: Your father was born in Cuba, so if you wanted you could label yourself a Latinx writer. Or Latine, I think, is what we’re using this year. But you don’t, you don’t wield your ethnicity like a billy club that way I, frankly, feel I have to, in order to carve out a niche in a crowded market. Why not? Do you think it might help if you did? Or, rather, what kind of writer do you want to be, what do you want to be known for?

GV: This is a poignant question for me. First, I dislike labels. Intensely. I’m not saying not to be proud of where you came from, but be wary of labels and the people and institutions who might use them against you. For those who don’t know me, I’m a Heinz 57, a mix of several nationalities. I’m predominantly European Spanish and a calico pattern of eastern European, with a streak of German. Spanish was my first language, and I picked up a smattering of German from my mother’s side of the family. When my parents divorced, I “lost” Spanish. I returned to the language in recent years, and I can read it, but I’m not confident speaking it because I’m also hard of hearing. The time away from my father made me feel disconnected from identifying with a sense of cubanidad, so I would feel fraudulent calling myself “Latinx.” Labels, this need to identify oneself, bothers me. I’m a writer. Simple.

I understand the need to stand out in a crowded field. I am aware that people may label me a writer of crime fiction, but I’ve written historical fiction, horror, and poetry. I’ve also done translations. I have a strong interest in history. My strengths as a writer are my intellectual curiosity and discipline. I want readers to see growth and a writer who took risks. I want to be known for having written great stories and as someone who wasn’t afraid to challenge readers to think about what they see on the page. 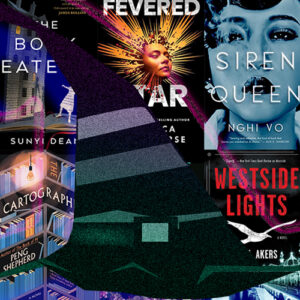 Maybe it's just because I reread all of the Wheel of Time books last year in preparation for the series, but I've had an itch...
© LitHub
Back to top