When I was growing up in Iowa, a 12-year-old Des Moines Register paperboy disappeared from his route. The crime made national news, and Johnny Gosch would become the second missing child to be featured on milk cartons across America. It was a jarring reminder that terrible things can happen anywhere, to anyone. For me, the still-unsolved case sparked a lifelong obsession with true crime.

The appeal of true crime is rooted in our natural desire to make sense of things. We want to examine the clues, connect the puzzle pieces, understand how and why someone would commit a heinous act. In crime fiction, a certain degree of plausibility and resolution is required. Real life follows no such rules; when it comes to crime, truth is often stranger than fiction. 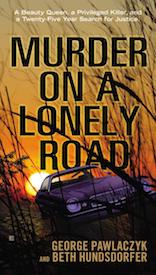 George Pawlaczyk and Beth Hundsdorfer, Murder On A Lonely Road: A Beauty Queen, A Privileged Killer, And A Twenty-Five Year Search For Justice

Southern Missouri was haunted by the brutal, unsolved murder of 20-year-old Jackie Johns for 25 years. There was a suspect in the case—Gerald Carnahan, a sociopathic young man from a wealthy family—but at the time, there was not enough evidence to connect him to the crime.

While Carnahan roamed free, women across the Ozarks continued to disappear, some found murdered and some never found at all, including the baffling, still-unsolved case of the Springfield Three—a recent high school grad, her friend, and her mother, who vanished from their home overnight without a clue as to what happened to them. The authors of Murder On a Lonely Road, both award-winning investigative reporters, weave together an engrossing tale of a twisted individual and the destruction he left in his wake, connecting him to a series of crimes. Thanks to law enforcement officers who would not give up, and Jackie’s father, who vowed to live long enough to see her killer caught, long-awaited justice is finally served. 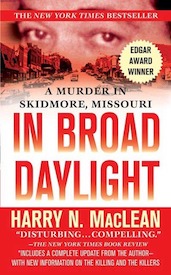 Harry MacLean, In Broad Daylight: A Murder In Skidmore Missouri

Local bully Ken McElroy terrorized the small town of Skidmore for decades—raping, assaulting, stealing, setting fires, and even shooting people, while never spending more than a few days in jail for his crimes. Then one day, the sheriff drove out of town, and nearly 50 people watched as McElroy was shot and killed in the town square in the middle of the day. No one called an ambulance, and afterward, not a single witness would admit to seeing anything that day. Thirty years later, the townspeople still keep this shared secret.

This fascinating tale of small-town justice won an Edgar award for Best True Crime and spawned both a film and a behind-the-scenes book about the research and writing of the story (The Story Behind ‘In Broad Daylight’). What sticks with you, more than McElroy’s larger-than-life persona, is the deeply intriguing portrait of a small town—the loyalties, the relationships, and the unbreakable bond that keeps their lips sealed all the way to the grave. 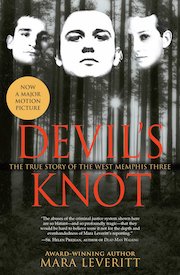 You might be familiar with the shocking story of the West Memphis Three: three wrongfully-convicted young men who served 18 years for the gruesome murder of three eight-year-old boys before finally being released. Reese Witherspoon starred in a film version of The Devil’s Knot, and the documentary Paradise Lost: The Child Murders at Robin Hood Hills follows the bizarre twists and turns of the case over the years. Whether or not you’ve seen these versions of the case, Leveritt’s book is a must-read. She details the riveting investigation and trials, which include coerced confessions, Satanic panic, mishandling of evidence, and other maddening missteps.

While Leveritt builds a convincing case for another suspect in the crime, we are left with the haunting fact that justice has not been served, for the victims or the falsely accused, and the mystery remains: who killed these three innocent children? 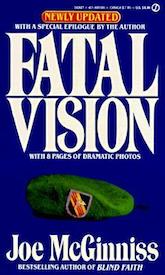 As a kid in the 80s, I saw part of the Fatal Vision miniseries on TV—a decidedly bloody part—and had nightmares for weeks. Years later, I discovered the book it was based on and devoured it. Respected Green Beret and surgeon Jeffrey MacDonald claimed that he awoke to find intruders murdering his pregnant wife and two young daughters in a savage bloodbath reminiscent of the recent Manson murders. His story is questionable, and Joe McGinniss, whom MacDonald hired to write a book proclaiming his innocence, ultimately decides that MacDonald is guilty.

McGinniss infuses the legal back-and-forth in this complicated case with suspense, and while MacDonald remains in prison, this gripping story is not resolved. Filmmaker Errol Morris’s recent book A Wilderness of Error, on the other hand, pokes holes in the case and questions MacDonald’s guilt. An updated movie adaptation of Fatal Vision, starring Scott Foley as Jeffrey MacDonald, is being produced for Investigation Discovery.

Ann Rule, The Stranger Beside Me

Ann Rule is the author of more than 20 true-crime books, but this, her first, is especially chilling due to her personal connection to the story: Rule had a book contract to write about a string of unsolved murders months before the serial killer was identified as her friend—and former coworker at a suicide hotline—Ted Bundy.

Bundy, who confessed to killing dozens of women, kept in touch with Rule up until his execution, giving her unusual access to her subject and adding an intriguing (and, at times, uncomfortable) layer to the story. Rule was not initially convinced of Bundy’s guilt, and you can’t help but wonder how you would react in similar circumstances. Would you know if someone close to you was a killer? Faced with evidence, would you believe it? Rule’s book gives an up-close view of her relationship with a monster, guaranteed to make you squirm.

Laura McHugh is the author of The Weight of Blood, which won both the 2015 International Thriller Writers award and a Silver Falchion award for the best first novel, and was nominated for a Barry award, an Alex award, and a Goodreads Choice award. She spent part of her childhood in Keokuk, Iowa, where Arrowood is set, and now lives in Columbia, Missouri, with her husband and two young children. 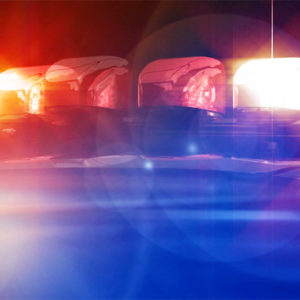 Every season since 2012, a new book is crowned the next Gone Girl; that is to say, the next best-selling book that features...
© LitHub
Back to top