The Best New Thrillers and Mysteries from Around the World

The start of summer can seem like the perfect time to plan an international vacation, the trip of your dreams to all those exotic spots you’ve dreamed of visiting. Until you check your bank account and realize that the farthest you’ll be going is your local bookstore. Good thing crime fiction from nearly every corner of the globe is there to make your stay-cation as vivid as a real one. This month’s international fare will take you from the fjords of Norway (well, Oslo) to South Korea (if the President cancels his historic meeting, who says you can’t learn a bit more about the culture?) and back to the streets of Athens, with some stops in between. 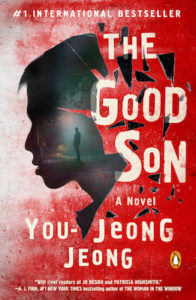 Translated from the Korean by Chi-Young Kim (South Korea)

No, it’s not based on the 1993 Macaulay Culkin-Elijah Wood film about that son who’s not so good (spoiler: he’s very bad). Though the title is apt: bestselling South Korean author Jeong tells the tale of Yu-jin, who awakens one morning covered in his mother’s blood. Did he slash her throat? The increasingly twisted plot, narrated by Yu-jin, will leave even the most seasoned crime fiction readers guessing. He hasn’t always been the best son, Yu-jin admits. But he can’t quite remember all the details. Maybe it’s down to the fact that he’s stopped taking his anti-seizure medication. Or maybe he’s blocked out murdering his own mother. Ever since his father and brother died years earlier and his mother adopted Hae-jin—it’s clear she favors her adopted son over her biological one—Yu-jin’s life has wobbled off the rails. He no longer swims competitively, due to his over-protective mother, and he confesses that he follows women at night, trying to scare them. Is this a young man with a vivid fantasy life, or a killer? Perhaps the truth lies somewhere in between. Read an excerpt here on Crime Reads. 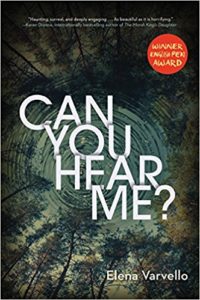 Can You Hear Me?, by Elena Varello

Translated from the Italian by Alex Valente (Italy)

Perhaps she’ll be known as “The Other Elena,” if this novel, the first of hers to be translated into English, makes a big enough splash. Set in northern Italy’s Ponte in 1978, Hear Me centers around 16-year-old Elia Furenti, who’s full of the usual competing teenage feelings of lust and angst. The object of his affection is Anna, the mother of a new friend, much older, possibly wiser, certainly sadder. The angst comes not only from the normal hormonal storm but from Elia’s fear over what his father, whose depression and drinking have spiraled in recent months, may or may not have done to a girl he took into the woods. Since the reader knows about the girl from page one, the question is not whether she went there or with whom, but what happened, a story Varvello measures out in tantalizing bits over the course of her psychologically gripping English debut. There is a dark, mesmerizing quality to what Elia imagines took place and as facts slowly seep into his reality, and his father becomes less a parent and more an adult with flaws, the reader will find it difficult to resist the urge to reach into the plot and stop the dominoes from falling. 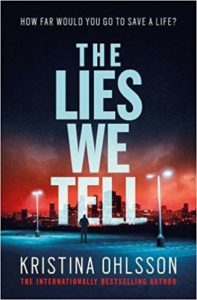 The Lies We Tell, by Kristina Ohlsson

Translated from the Swedish by Neil Smith (Sweden)

This is the follow-up to 2017’s Buried Lies, which introduced Ohlsson’s new series featuring Stockholm criminal lawyer Martin Brenner, Lies finds Brenner desperate to disprove a dead woman’s confession to multiple murders and find her missing son. Dubbed “Sara Texas” by the press, Sara Tell confessed to five murders—three in Sweden and two in Texas—before to jumping to her death from a Swedish bridge before she could be brought to trial. Her four-year-old son, Mio, disappeared when Sara died. Recruited by Sara’s brother to prove her innocence, Martin has traveled from Sweden to Texas and back, trying to piece together the string of murders and figure out why an innocent woman would confess to the crimes. Now Martin has been unjustly implicated and it’s his own innocence on the line, as well as Sara’s. Ohlsson, whose previous series featured the duo of Stockholm investigative analyst Fredrika Bergman and police Superintendent Alex Recht, is known for her intricate plots and Lies is no different, weaving Martin’s investigation into Sara’s crimes into his hunt for Mio and his desperate attempts to save his own life and reputation. Fans of the dark-hearted tales of Läckberg and Nesbø will quickly add Ohlsson to their list of Scandinavian must-reads. 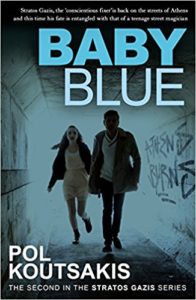 Translated from the Greek by Anne-Marie Stanton-Ife

In Athens, there’s a kinder, gentler name for a hitman: a “conscientious fixer.” In Koutsakis’s second mystery featuring Athenian “fixer” Stratos Gazis—who fixes problems no one else can handle—juggles multiple “problems.” The first relates to Emma, a blind teenage card shark who, along with her ex-journalist adopted father, Themis, performed little skits on the street to make a living. When her father is tortured to death, Emma is taken in by one of Athens’s most feared crime bosses, Angelino, who vows to find the killer and enlists Stratos to help. As Stratos begins his investigation, his friend—despite their seemingly diametrically opposed professions—Costas Dragas, one of the city’s top homicide cops, is on the trail of a killer who targets pedophiles, dubbed by the media as the Avenger. The deeper Stratos and Costas dig, the clearer it becomes that there’s a link between Themis Raptas’s murder and the crimes of the Avenger. In a noir worthy of the genre’s founders, Koutsakis makes Athens, and Stratos, fitting Greek stand-ins for Los Angeles, Philip Marlowe, and Sam Spade. 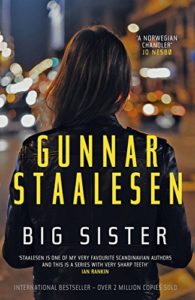 Translated from the Norwegian by Don Bartlett

The 20th installment in Staalesen’s long-running Bergen-set series featuring PI Varg Veum (though not the 20th title available to non-Norwegian speakers), Sister finds Veum uncomfortably mining his own past. Still crawling back to normal after the death several years before of his partner, Karin, an event that sent him into a dangerous depression, Varg is shocked when a woman approaches him, claiming to be his half-sister. As if that weren’t enough to swallow, she has a case for him: her 19-year-old god-daughter from Haugesund (a town about three hours north of Bergen) is in nursing school has disappeared. She left her Bergen apartment two weeks ago, providing no forwarding address, and now she doesn’t answer her cell phone. Not surprisingly, even in Norway, the police refuse to take the case of an adult who seems to have simply picked up her life in one place to start over in someplace new very seriously. But her god mother is worried and Varg is her last resort. He agrees to take the case, family loyalty outweighing his doubts, but the more he digs into the life of the missing woman, the more secrets he uncovers about his family, the kind that are best left buried. Secrets and terrifying Norwegian biker gangs—not a recipe for a happy family reunion.

Jordan Foster earned her MFA in Fiction from Columbia University. She is currently a freelance writer living in Portland, Oregon. 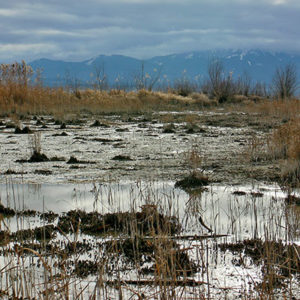 On the leafy edges of Aarhus is the last resting place of the Grauballe Man, dug out of a peat bog in a district of that...
© LitHub
Back to top