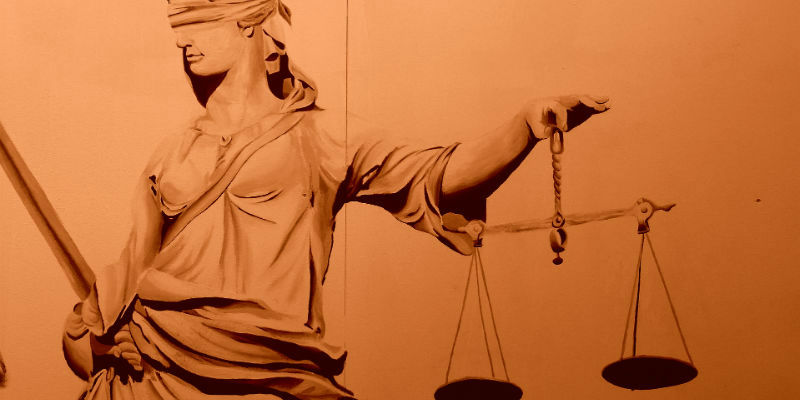 From Defending Persecuted Groups to Writing a Vampire Novel

Much of my practice as a lawyer has been in the service of clients who do not have the means to defend themselves adequately within our legal system. As a criminal defense attorney, I have spent days and nights in places on the fringes of society—jails, courtrooms and even in the spare rooms of those falling through the cracks of the conventional population.  I’ve been with seventy-year-olds and eighteen-year-olds facing 99 years in prison. I’ve been with immigrants facing deportation to a country they don’t know anymore, forced to leave children they love more than life itself. I walk a journey with the m, but they are the ones who face all the consequences—at some point we go in different directions, and a new client takes their place.

I’ve always viewed the law as a tool that can save or destroy people. I look at the Voting Rights Act and I see how it affects the people of my state—people who look different, speak a different language, a different culture.  I have witnessed relatives and friends question whether they will have the ability to vote without “proper” identification. No citizen should have to worry about exercising the right to vote. Are the laws here to help them as well? (It’s especially hard not to imagine how these laws will be molded and tested after our most recent elections.)

Years ago, I represented a young woman in her early twenties arrested for theft at a grocery store. Normally these misdemeanor cases involve stolen purses, beer, cigarettes, cell phones, makeup or clothing. I assumed this case would be something similar. When I reviewed her file, I saw this client had shoplifted baby formula, diapers and milk. It was heartbreaking. This client was a mother at her wits end, desperate to provide and protect her infant. This was an extreme example of an all-to-common phenomenon.

Even before beginning my legal career, I have always been intrigued how persecuted groups historically obtained, often after long struggles, equal rights in society. Many of these struggles are still ongoing. African Americans, women, Native Americans, the physically and mentally challenged, LGBTQ, and Hispanics—like my own grandparents, who came to the United States later in life and never learned to speak English. (I’m the first person in my family to graduate law school, and my grandparents, always so reluctant to travel beyond their Spanish-speaking neighborhood in Texas, couldn’t attend my graduation.) These are just the minorities I live among or work with in my corner of the world; there are many more groups still struggling in other parts of our global society.

I’ve gone through my share of vampire books and movies, but the idea to write a vampire novel of my own was rooted in my practice of law, and brings in elements of the legal thriller and noir fiction to an already rich tradition. While I enjoy everything from Bram Stoker’s Dracula to Anne Rice’s Interview with the Vampire to Stephen King’s Salem’s Lot, I always wanted to approach the vampire novel with something different, and something that could take advantage of my legal background. I wanted to do something meaningful, within the context of how we view people different from us. I’ve spent a large part my life with some monsters and others misunderstood beasts. As an attorney, I’ve practiced mostly criminal law, which has me in close contact with people most of our society would tend to avoid. But since I was a child I’ve always sought out the different, in life and in fiction.

How would our society…deal with an entirely new species of human “suddenly” emerging, demanding equal rights?

It took a while for me to realize that growing up as a Latino—an experience I did not see reflected on TV or in movies—meant I was seeking out stories about marginalized people and misunderstood beings; I wanted to consume these stories because that’s what I felt. When I approached the concept of vampires, I wondered, how would our society—with the internet and Twitter and Snapchat changing our perceptions in seconds, with the click of a link or direct message—deal with an entirely new species of human “suddenly” emerging, demanding equal rights? We have all of this information at our fingertips, yet we are all still easily manipulated. Would we readily accept these new neighbors? I’m sure in theory we would, but once I started scratching at the practical surface of that assumption, so many questions and voices emerged.

The book was written before the presidential election, but current events have had me thinking once again about how large numbers of people, including children, are currently being persecuted by the laws that were meant to protect all of us as citizens and non-citizens. I wanted to create a different kind of vampire novel—nothing romantic or bogged down by supernatural spectacles. Or perhaps I wanted to return to gothic literature’s premise, and revisit its original themes; something akin to the original Bram Stoker version of Dracula, which was a somber reflection of the era’s Victorian attitudes, revealing conflict between those who accepted the progression into a more modern age at the end of the 19th century, and those that resisted change. During this period of our history, it seems, readers are looking for the type of vampire, horror novel, or supernatural thriller that will reflect the changes in our society that seem to happen daily, weekly and monthly. And this is where elements of the legal thriller come into the equation.

My experience as an attorney also led me to approach the novel as legal thriller, as well as vampire novel. How do we view those who are different, and how do we treat them legally? As enemies or something new to comprehend? I wanted to stay away from the mythology and focus on what would happen if a new species was created. How would our current laws adapt to something so different to us? How would the court system approach the complexities of a new species?

Article continues after advertisement
Running this “intent” through the question of a vampire uprising is just an extreme exercise in studying the living documents of our legal history.

To keep a realistic approach to the emergence of a vampire class, I turned to some of society’s most engrained institutions: the law, first, then politics, celebrity, government and family. The politician’s singular devotion to winning at all costs is a unique attribute among all professions, and I devour any book or documentary on the tangled mess of interests involved in American elections. And as an attorney, I have more than an occupational interest in the Supreme Court and the decisions that impact society for years to come. Every verb, noun and adjective of a Supreme Court opinion can be parsed until the true intent is found; even years later, an opinion can be dissected and analyzed for a different resolution. Running this “intent” through the question of a vampire uprising is just an extreme exercise in studying the living documents of our legal history.

Whether you’re looking at a crime novel, a vampire novel, or a bizarre combination of the two, genre fiction has always been a place for writers to address social concerns and reflect our current society. The beauty of genre fiction is in its familiarity to the reader—a writer can create a world that is different, yet still fits the conventions the reader has come to expect. We can see how close their reality is to this fictional universe, and experience the fear that we are one step close to what once was thought to be fantasy—and that might be the most frightening aspect.

Raymond Villareal is a graduate of the University of Texas School of Law, and is currently a practicing attorney. A People's History of the Vampire Uprising his first novel. 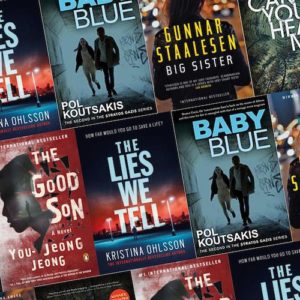 The start of summer can seem like the perfect time to plan an international vacation, the trip of your dreams to all those...
© LitHub
Back to top