A banner month for these timely novels of suspense.

Well, hello March, you certainly are a little minx. This psychological thriller list is one of the most twisted I’ve written, and I take a modicum of pride in that. Am I just giving you gaslighting husbands and beleaguered wives every month? Just because nearly all of the children in these books are disturbed doesn’t mean no child can grow up in a psychological thriller without psychic scars—or maybe it does. In both My Dark Vanessa and Darling Rose Gold teenaged girls are preyed upon by the people they trust most. In You Are Not Alone, a woman witnesses a suicide and her life goes haywire. And in The Keeper and Please See Me, the trope of the dead woman is turned upside-down when the victims of predatory men are not only allowed to have their say, they are believed. It might just be a tiny moment of light in what’s overall a dark group of books, but to me it says something that writers can see that light and show it to their readers. Maybe #MeToo and #TimesUp and all of the other hashtags are not over. Maybe their work in fiction at least has just begun. 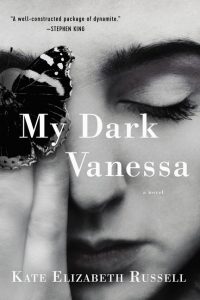 My Dark Vanessa has extraordinary ambitions. It wants to be Lolita rewritten so the nymphet pulls the strings—or she thinks she does. Vanessa Wye was 15 years old when she had an affair with her 42-year-old English teacher, Jacob Strane, a few years ago. She never imagined the affair was anything but consensual, though when it was discovered she was asked to leave her tony boarding school. It is not until she hears that Strane is having an affair with another student that she really examines the way he gaslighted, manipulated, and controlled her. Score one for the #MeToo movement; this is among the best crime fiction to emerge steeped those issues, from consent to grooming to what counts as sexual assault.

This is a super twisted delectable read which is likely be among my favorite books of the year, one of those things I recommend with the preface, “What pushes your buttons around mother-daughter relationships?” (Reader, you should ask yourself that question too.) It’s a book you have to have a certain cynicism to enjoy: good-bye Pollyannas and others who believe in the that people are ultimately good. In Rose, there’s no room for such sentiment. No one is telling the truth, both daughter and mother have serious agendas, and you have a book that wonders just how far a daughter should go to please her mother–especially when her mother is obviously unhinged. 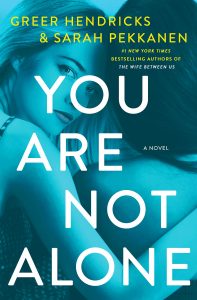 Greer Hendricks and Sarah Pekkanen, You Are Not Alone (St. Martins)

You Are Not Alone is one creepy book. Different in tone and structure than Hendricks and Pekkanen’s The Wife Between Us, which is about a marriage that’s more than a little bit warped. Next came An Anonymous Girl, about a hapless (and broke) student who gets involved in a research study which turns much more personal than she is comfortable with. In Alone, our every-woman heroine Shay Miller witnesses a suicide in a subway station. Understandably shaken but curious, she seeks out the woman’s friends, and meets the seductive Moore sisters, Cassandra and Jane, who set upon improving Shay’s life: they change her hair, buy her clothes, and even find her a place to live. Reader, anyone who gives you a lead on New York City real estate that is too good to be true cannot be trusted; and those Moore sisters have agendas for their agendas when it comes to poor Shay. 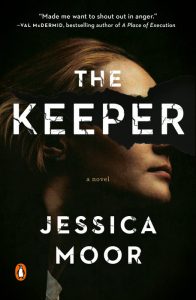 Moor has a background in working with women who have experienced domestic violence, so her depiction of such relationships in her debut novel are both subtle and terrifying. A woman’s body is found at a known suicide spot, and the police are ready to put this case into the finished pile. But the women in the domestic violence shelter where Katie Straw (the victim) worked have no doubt it was murder. The Keeper cleverly alternates points-of-view so that we are privy to both the investigation and the opinions of the women who know Katie would never have killed herself: she was murdered. 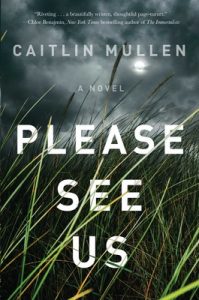 Mullen’s debut novel was inspired by true events: several women went missing in Atlantic City, NJ. All were prostitutes. All were Jane Does. Mullen’s book is a little clumsy at the beginning but once she hits the stride of her story she has a complex and interesting serial killer novel, with the voices of the dead women channeled through a boardwalk psychic, Clara, and Lily, a woman she befriends with a tragic past. Please See Us gives the victims, the dead girls, life by having their thoughts ventriloquized through Clara, an ingenious way of making sure they have their say in the story—like a fictionalized version of Robert Kolker’s Lost Girls. 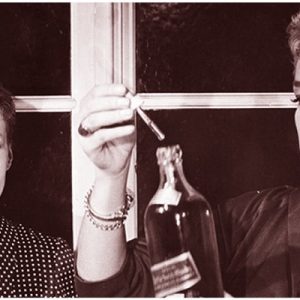 What exactly is a perfect murder? It’s a phrase that gets tossed around a lot (well, maybe only by me), and my sense is that...
© LitHub
Back to top