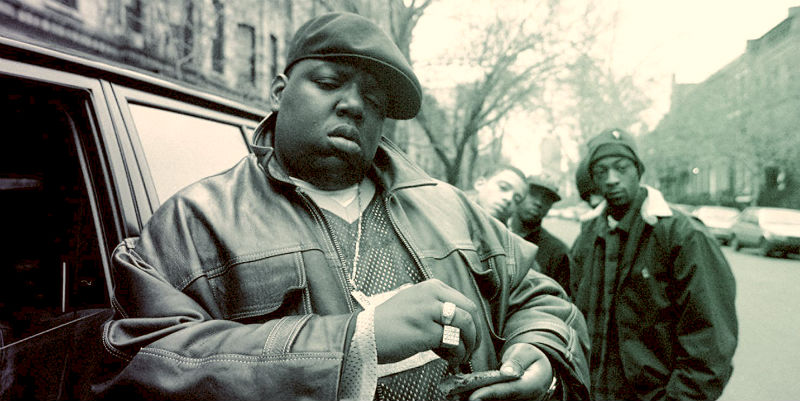 On March 9, 1997, Christopher Wallace—aka Biggie Smalls, The Notorious B.I.G., a man who still holds a claim on the title of greatest rapper of all-time—was shot and killed on the corner of Wilshire Boulevard and South Fairfax Avenue, in Los Angeles. From day one post-tragedy, there were questions about who was involved, who wanted Biggie dead, who pulled the trigger and who helped after the fact. Rumors that it was the latest slaying in an ongoing, and increasingly violent West Coast v. East Coast beef hit the airwaves and inspired more bloodshed. Links were drawn by some to the shooting of Tupac Shakur, a death that had already taken on a mythology of its own. Biggie’s murder was a tragic milestone in ’90s American culture, one that still has people reeling and heads spinning all these years later. For many, it was also, regrettably but undeniably, a quintessentially Los Angeles crime—steeped in celebrity, money, and entertainment, and wrapped in a shroud of conspiracy.

One of the foremost chroniclers of that shroud is Randall Sullivan, the Los Angeles born journalist whose stories, primarily for Rolling Stone magazine, went further than any others toward answering the questions around the murder of The Notorious B.I.G. In his 2002 book, LAbyrinth, Sullivan connected Biggie’s murder to Suge Knight, Death Row Records, and a coterie of LAPD officers who were allegedly working as record company security and may have been involved in the Wallace attack. Sullivan’s account was based in large part on the testimony of Russell Poole, a former LAPD detective who researched the case as a private investigator. Poole died of a heart attack in 2015, but Sullivan has continued his investigation into the killing. Next week, Sullivan’s Dead Wrong (Atlantic Monthly Press) will be released, a new book charting the story of Wallace’s murder and the extreme lengths power brokers in the city of Los Angeles have gone to cover-up the full extent of the crime.

Earlier today, the first part of that story appeared on CrimeReads, revealing several new facts about the crime and its aftermath. You can read the full article here, but for those who want a summary, we’ve pulled five of the most pertinent facts.

(1) Sullivan has previously reported that former LAPD officer David Mack, working in connection with Death Row Records’ CEO Suge Knight, was involved in arranging the murder of Christopher Wallace, with Amir Muhammad allegedly acting as triggerman. Mack was also implicated in the Rampart police corruption scandal, and was convicted for his role in a $722,000 robbery of a Los Angeles Bank of America branch, resulting in a fourteen year sentence in federal prison. Sullivan’s primary source in Dead Wrong, FBI agent Phil Carson, originally came to the Wallace murder by way of investigating LAPD corruption.

(2) The FBI’s investigation into David Mack’s involvement in the Biggie slaying was stymied by the fear potential cooperators had of Mack, the former LAPD officer now serving a sentence in federal prison. Carson visited Mack in federal prison and interviewed him in connection with the Wallace murder and its connections to police corruption.

He had approached Mack with extreme caution, Carson said. He’d heard early on from Perry Sanders that people the attorney had spoken with seemed to be far more afraid of Mack than they were of Suge Knight. He was especially impressed by two inmates who said they preferred to accept twenty-year prison sentences rather than make a deal to testify against Mack, Sanders said: “They told me, ‘Twenty years is a long time, but dead is forever.’” What he’d heard from Sanders had been repeated again and again as he’d moved forward with the Biggie investigation, Carson said. “People I wanted to talk to about Mack told me flatly, ‘No, I say one word about David Mack and I am a dead man.’”

(3) FBI agent Phil Carson was added to a witness list in the civil lawsuit between Christopher Wallace’s estate and the city of Los Angeles. A meeting was held between the city attorney’s office and the FBI, in which the city attorney attempted to persuade the FBI that Carson’s testimony would be damaging to ongoing law enforcement relationships at a federal and city level.

When Carson’s name appeared on the witness list, the city attorney’s office got involved. An assistant city attorney named Louis Li arranged a meeting with Carson and his bosses at the FBI office. “Li told us, point-blank, ‘We cannot let Agent Carson testify, because if he does, we stand a better than fifty percent chance of losing upwards of six hundred million dollars in this lawsuit,’” remembered Carson, whose recollection was confirmed by another FBI agent at the meeting. “‘It would ruin the LAPD, and the relationship between the LAPD and the federal government, including the FBI.’”

The kicker to the city’s argument was a stunning statement:

The FBI and the LAPD were “interdependent,” one of those on the city’s side of the table argued, and it would be insane to jeopardize all that “just to solve the murder of a four-hundred-pound black crack dealer turned rapper.”

“Those were the exact words used,” Carson recalled. A second FBI agent who was at the meeting confirmed this.

(4) The US Attorney’s Office ultimately refused to bring charges based on the FBI’s investigation into the Wallace murder and potential LAPD officer involvement, but would not lay out its reasons why not on the record.

“I knew I had the case,” Carson explained. “We definitely had enough to prosecute.” The standard procedure—universally observed—was that when the U.S. attorney’s office turned down an FBI case, it provided a “letter of declination” laying out the reasons for the decision. In this instance, however, the assistant U.S. attorney who had been assigned to the case, David Vaughn, a former Los Angeles County assistant district attorney, refused to provide such a letter.”

(5) A Los Angeles Times reporter covering the Wallace murder threatened Carson’s career when Carson refused to disclose information concerning the investigation. The reporter appeared to have high-level sources within the LAPD. He had previously written that the FBI probe into the case was shut down after it was revealed that Carter had talked with the attorneys representing the Wallace family estate.

Carson’s greatest concerns were not about what the LAPD and the city attorney’s office were doing to his case, but about the threats against his career being made by Chuck Philips, a reporter at the Los Angeles Times. Carson recalled, “Philips started phoning me constantly and asking me questions about the case that I couldn’t answer. When I explained that to him, he started calling Cathy Viray, who was the head of the press information unit at our FBI office, and telling her, ‘I’m going to ruin Carson.’” Viray, who confirmed Philips’s threats, and Steve Kramer, who was then the assistant chief counsel at the FBI’s L.A. headquarters, both explained to Philips that Carson couldn’t say more than he already had said.

Philips, though, continued to threaten that he would destroy Phil Carson’s career if he didn’t get answers, remembered Viray.

Read the story about Carson’s investigation, the family’s lawsuit, and the cover-up here. Dead Wrong will be released next week by Atlantic Monthly Press. 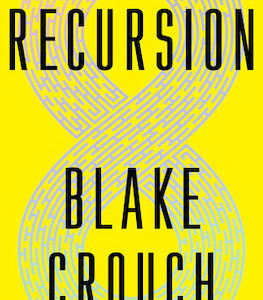 Standing in the shower at six a.m., trying to wake up as the hot water sluices down her skin, Helena is struck with an intense...
© LitHub
Back to top