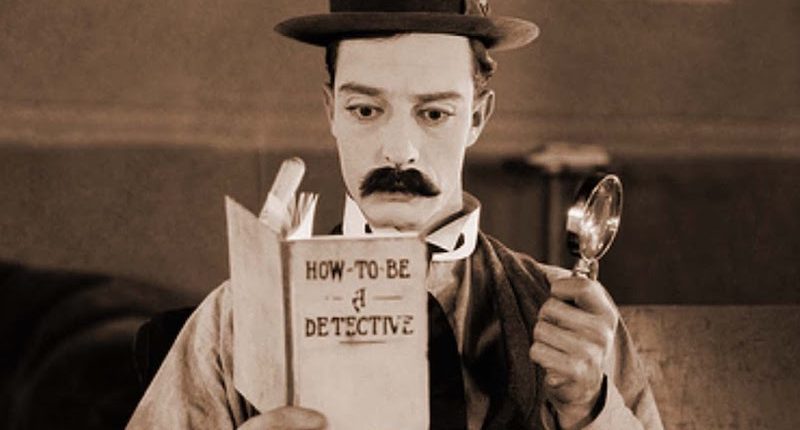 Crime fiction is getting harder to write—and that's a good thing.

Interviewed after ‘The Wolf of Wall Street’, Leonardo DiCaprio complained that he’d seen a lot of his heroes disappear. He was not referring to his own role as a stock fraudster who becomes the embodiment of greed but to role models in general. It’s not just our mentors who have vanished but the very structures in which they existed.

Clearly, we need new guidelines, especially when it comes to crime fiction. The world has grown more complex. It’s all very well updating Sherlock Holmes for each successive generation but there are many criminal elements we simply can’t tolerate anymore.

Gone is the moral certitude of the cocksure detective who bases judgement on class and appearance. Gone are the days of the snowed-in, bridge-down, lines-out country house murder, where everyone dutifully assembles in the library to unveil the killer. Only on stage does Detective Sergeant Trotter still tread the boards in that fustiest of guessable mysteries, ‘The Mousetrap’, which Christie herself reckoned would last a mere eight months.

American crime had never been forced through the same moral minefield, partly because it had not been required to deal with so many issues of class. If British crime was a string quartet, its US counterpart was jazz. Scenes which would have caused a mass clutching of pearls in the UK cheerfully annihilated the status quo across the Atlantic.

Clearly, we all need new rules of engagement for crime fiction in the 21st century. Here are some guideline adjustments for today’s readers.

1. The old stereotypes have gone.

Safecrackers, razor gangs, ‘Find the Lady’ sharps, Black Marias, jelly-men, conners, cosh boys and tarts with hearts were all familiar characters in British crime novels. ‘Racketeers’ were children who distracted punters while their pockets were being picked, but the term came to mean wartime wide-boys who hawked stolen stockings and cut blouses from parachute silk. Avid crime readers were wise to all this. In Margery Allingham’s ‘The Fashion in Shrouds’, reformed criminal Magersfontein Lugg says, ‘It’s crackers to slip a rozzer the dropsy in snide’, and readers knew what he was saying; it’s crazy to bribe a cop with fake money. The past is a foreign country, but Golden Age writers would be just as lost reading ‘Dodgers’ by Bill Beverly, and what would they have made of ‘The Wire’? Instantly recognizable archetypes are hard to use when your friendly priest is under investigation and the avuncular banker is an embezzling hedge fund manager.

So much more can happen when your protagonists can’t easily contact each other. Sherlock Holmes was forever dashing off letters to make appointments (it helped that there were eight posts a day and corruptible telegraph boys). Protagonists were tied to a single communication line. ‘Dial M for Murder’ and ‘Detour’ both hinged around victims using corded phones. Entire plots hinged on railway timetables. Authors can still use the old ‘My battery’s died’ routine because sometimes it actually does, and miscommunication remains a valid plot-point; Last month I received a packet of letters from the Royal Mail dated September 2011.

Better technology brought an end to the mystery night caller. GPS, facial recognition and hi-res photography threw light on hidden identities. When you can name a stranger walking past you by simply checking your Bluetooth status, how can a killer escape detection? Plots built around technology date faster than satire. There’s nothing more boring than a copper at a keyboard, which might account for the recent rise in period crime fiction, in which a dogged PC still has to wear out shoe leather and fill a notebook.

In an age when your washing machine talks to you and your shave lotion sends you mail, crime investigators have to raise their game. No longer can they act on mere hunches. The kind of deductions that were blithely accepted in older novels are not admissible anymore. In Michael Gilbert’s ‘Mr Calders and Mr Behrens’ an arrest is based on this: ‘It had to be either you or Rivers. You were the only two disreputable characters in the neighborhood.’ Try flying that in court today.

Austin Freeman’s Dr Thorndyke, Edwardian barrister and man of medicine, solved puzzles that would scarcely interest today’s police. He did it because something felt wrong; a collapsed man vanishes, a fingerprint looks forged. Now one of his office juniors would check a travel card and track a sneaker via an online database, and who needs fingerprints when there are DNA samples? Technology is the great leveler, so new detectives need new skills. Luckily, the one element that never changes is human fallibility.

The butler didn’t do it because there are no butlers anymore, and ‘The cleaner did it’ merely sounds exploitative and unpleasant. We no longer have live-in staff, ‘a little man in the village’ or visits from the vicar. There’s a new range of types to use as suspects, from the tiger moms of Liane Moriarty’s ‘Big Little Lies’ to the self-harming journalist in Gillian Flynn’s ‘Sharp Objects’. And how about the accused in Rian Johnson’s ‘Knives Out’, all of whom sport freshly-minted motives?

If the suspects now need to be more rounded, what about the main protagonist? ‘He’s the Best Slow Bowler In The County.’ That’s how Raffles the oxymoronic ‘gentleman thief’ was described by his creator EW Hornung. The square-jawed, wavy-haired, clean-cut chap didn’t look like a criminal. It’s taken us a long time to realize that physical attributes cannot signify goodness.

Raffles wouldn’t have lasted five minutes on the streets today. Our new heroes are angry, autistic, alcoholic, addicted to drugs and bad relationships. First they were superhuman, then merely human, and now they’re human flotsam. The next logical step is to turn them into villains – although didn’t ‘Joker’ already do that? And what are superhero movies if not crime fiction in a streamlined, futuristic format?

The motives that women hid from men and vice versa were the stuff of great mysteries. Murderous impulses could often be traced to the covering up of sexual indiscretions; secret abortions, children born out of wedlock, ‘mad’ heirs, unmentionable diseases and promiscuity (especially among females—Christie seemed obsessed with censuring party girls and flighty numbers). It’s harder to power a story using these elements without turning women into victims—although Francis Iles managed to create a willing victim who is somehow heroic in ‘Before the Fact’. The domestic noir housewives of the fifties took their revenge for being shut back in kitchens after the war. They turned the tables on their gaslighting husbands and broke free. Margaret Millar showed that revenge is a dish best served to a husband demanding his dinner.

All those subjects that could not be mentioned in polite company have now been dissected forensically and publicly. Mercifully, gay men are no longer required to slope off somewhere and kill themselves out of shame, and single motherhood is no reason for a blackmail plot. Child-grooming and sex traffic are the new motors for many a modern thriller and in the wrong hands have become a distasteful cliché.

Remember when James Bond stepped into Shirley Eaton’s Miami hotel room at the start of Goldfinger? Ian Fleming gave his fans glimpses of a lifestyle about which they could only fantasize.

Cheap travel made the exotic ordinary and turned the hideouts of the rich into overcrowded selfie spots. After low-cost airlines and Air B&Bs let everyone into Fleming’s world, spies became less interesting. In reality, the casino tables were not surrounded by beautiful spies but by portly dudes with combovers. Bond was exposed as an alcoholic heavy smoker with a condescending attitude to women. Happily, Fleming was such a good writer that even when he sent Bond tooling around Herne Bay, Britain’s dullest seaside town, in his sports car, readers were enthralled.

There are still plenty of detectives solving crimes in picturesque parts, but the locations that work best for me eschew lifestyle-porn for a sense of otherness, as in Jane Harper’s The Dry, memorably set in the drought-stricken Australian outback.

In the last two decades bank robberies have fallen by 90% in the UK thanks to the banks’ adoption of time locks, cameras and active combat systems. Hardly any guns are used because there are only a handful in the country and the police control the supply of bullets. We’ve come a long way from crooks laying maps on kitchen tables and planning their escape through backstreets with the aid of an A-Z and a bakery van. Now they’re tracked by drones and helicopters armed with laser-sight cameras.

There’s hope for the heist-writer, though. The real-life seniors who carried out ‘one last job’, the £200m Hatton Garden robbery in 2015, held the nation agog, inspiring several novels and two movies, even though they were defeated by a misunderstanding of how license plate recognition works.

Necessity makes for originality, so teens quickly discovered that the addition of a cheap hooded sweatshirt could foil a camera, and in TV’s ‘The Bridge’ a villain fools a busload of children with the addition of a false beard, an idea going right back to Sherlock Holmes. In Off The Rails I staged a murderous attack on a tube escalator surrounded by CCTV cameras just to show it could be done. It’s much more fun to confront the challenges of the 21st century head on.

The next book I write will be my fiftieth, and it’s clear that there are new mysteries to unravel with every tick of the clock. When the game gets tougher, you raise your game. 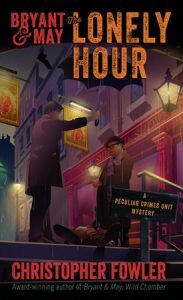 Get Radcliff!: The Search for Black Pulp's Forgotten Author 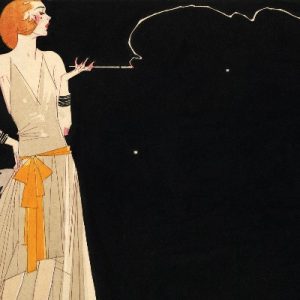 Many times in my life I have encountered a strange phenomenon that occurs whenever I think I've had an original idea— suddenly...
© LitHub
Back to top