Things, people, time, space...these are different than the usual disappearances.

The missing person is a classic mystery trope for a good reason. It immediately sets a story in motion while providing for a variety of plot paths. Is the person dead? Kidnapped? Running away? Hiding in plain sight? But people aren’t the only things that disappear in literature. Sometimes it is a vanishing cat or a disappearing novel that gets the story rolling. Here are eight fantastic and strange novels that each have a unique spin on mysterious disappearances. 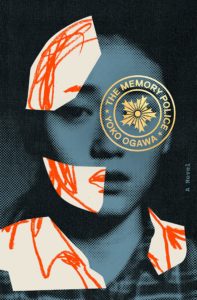 The Memory Police by Yoko Ogawa

Yoko Ogawa’s dystopian fable is a novel where something disappears, then another thing, then another and another. Indeed, almost everything vanishes on the unnamed island society governed by a group of Orwellian “memory police” that can make objects disappear. Candies, music boxes, ribbons, even birds. Citizens simply wake up one day and the items are erased from both the world and people’s memories. Although the novel was published in Japan in the 1990s, it was translated into English this year (by Stephen Snyder) and feels especially prescient in a world where it’s increasingly hard to know what is real and what is fake. 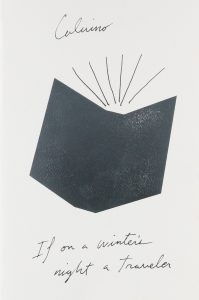 If on a winter’s night a traveler by Italo Calvino

Italo Calvino’s 1979 metafictional novel is about, well, a disappearing Italo Calvino novel. The novel stars you, the reader, as a bibliophile whose newly purchased Calvino novel is missing most of its pages. You try to find the rest of the chapters only to be given a new book that is also missing most of the pages. From there, Calvino spins a wild tale of book fraud, missing translators, and an authoritarian government that’s as much a love letter to reading as it is a postmodern masterpiece. 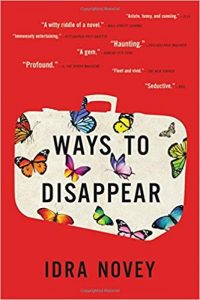 Ways to Disappear by Idra Novey

A literary mystery of a different sort, Novey’s first novel, Ways to Disappear, follows a Portuguese translator who flies from Pittsburgh to Brazil to track down a missing author named Beatriz Yagoda. (Novey is an acclaimed translator of several languages.) The fast-paced mystery is mixed with thoughts on writing and translation. It’s a witty and thoughtful book that never loses track of the plot. 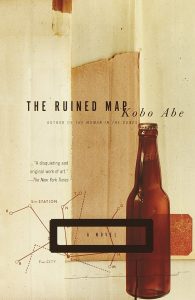 The Ruined Map by Kobo Abe

A detective is hired by a gorgeous woman to find her vanished husband. You’ve probably heard this plot before. Except Abe never tells a story straight. In this surreal noir, each clue seems to lead the detective further away from the object of his hunt and he begins to spiral into an existential mystery of the self. If you ever wondered what a collaboration between Raymond Chandler and Franz Kafka might have looked like, try The Ruined Map.

The title says it all. There’s a girl, and she’s gone. But of course this runaway bestselling thriller is about much more than that. Alternating between the husband, Nick, in the present day and the missing wife, Amy, in the past, the novel examines the media, marriage, economics, and more in a twist filled crime novel that—for better or worse—probably did more to shape mystery and crime fiction this decade than any other novel. 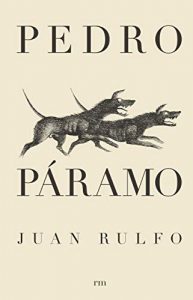 Ruflo’s mysterious and haunting 1955 novel is a masterpiece of Mexican literature that’s sadly under-read in the United States. Juan Preciado has promised his dying mother that he will visit her hometown to find his missing father. When he gets there, he finds a (literal) ghost town. The novel predates the Latin American magical realist boom, but was a favorite of Borges and helped inspire Garcia Marquez’s One Hundred Years of Solitude. 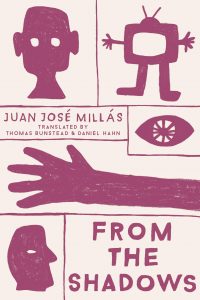 From the Shadows by Juan José Millás

This hilarious and unique romp of a novel is told from the POV of someone who disappears. Damián Lobo is an adrift loser who spends his days imagining himself as the interview subject of a TV talk show. Escaping the cops one day, Lobo hides inside of a large wardrobe and then ends up inside of a wealthy Spanish family’s house. Rather than leave, Lobo decides to live in the house, vanishing from society and imaging his body disappearing as he becomes a “ghost butler.” 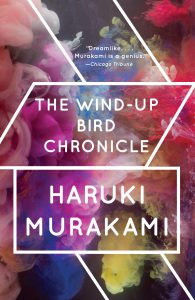 The novel that put Murakami on the map in the English-speaking world is pretty much peak Murakami. It has cats, mysterious women, jazz, pasta cooking, and everything else you expect in a Murakami book. The novel opens with Toru Okada being asked by his wife to find their missing cat. Pretty soon, his wife, Kumiko, has also disappeared. The (long) novel soon expands through time and space to tell the sort of strange tale only Murakami can pen. 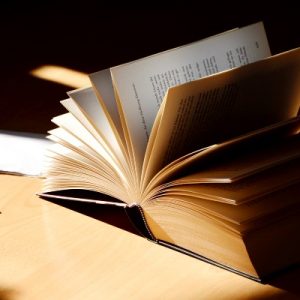 I had just started reading Anna Karenina for the fourth time when I discovered my husband was having an affair. I was about...
© LitHub
Back to top