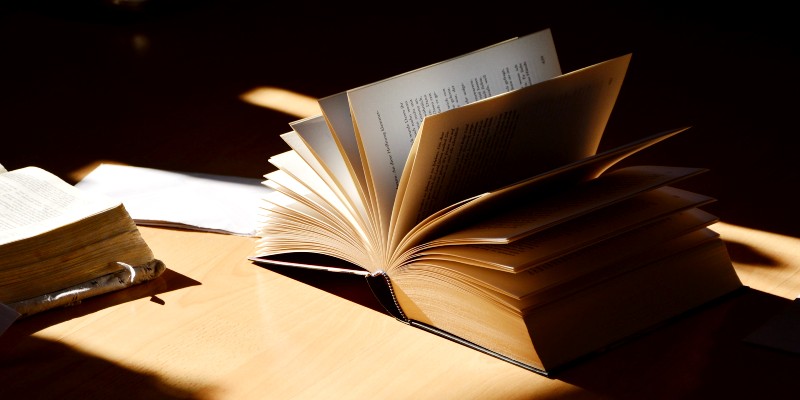 In the wake of a divorce, a writer seeks order, puzzles, and answers.

I had just started reading Anna Karenina for the fourth time when I discovered my husband was having an affair.

I was about 80 pages in, when Vronsky woos the married Anna at a St. Petersburg ball, and I could picture the elegant gowns of the women, the curl of Anna’s hair around the nape of her neck. Because I had spent my college semester abroad in Russia and visited Tolstoy’s estate, Yasnaya Polyana, the novel felt—as it does each time—like visiting old friends. But the heat between the lovers, the passion, was more than I could bear after learning that my husband of 23 years had fallen in love with one of my friends.

Our marriage had not been perfect; no long-term marriage is. But I hadn’t known we were hurtling towards collapse. I was still in love with my husband. He was still writing me love letters. After he left, I experienced a shock and grief so deep I struggled to sleep for more than a few hours a night. I wasn’t able to concentrate. I couldn’t comprehend sentences. I would turn a page and have no idea what I’d just read. I closed Anna Karenina and placed it on my shelf, where it sat for eight years. The books beside it sat unopened too.

This only deepened my grief. Reading has always been one of my great joys, and a beacon for navigating life. When I was young, I found ways to understand myself—and much of what happened around me—by reading E.B. White, Judy Blume, and E.L. Konigsburg. Later, I escaped the rigors of adulthood by turning to Mikhail Bulgakov’s The Master and Margarita, Willa Cather’s Death Comes for the Archbishop and Love in the Time of Cholera by Gabriel Garcia Marquez. Now, another layer of my identity had been stripped from me. Wife. Lover. And Reader.

For the first year after my husband left, I read Us Weekly. The one- and two-paragraph-long stories were filled with gossipy details that drew me in, and I soon became an authority on all things Kardashian. I was so elated to find something I could read that I subscribed to the magazine. Did you know that Us Weekly and The New Yorker arrive in the mailbox on the same day? I do. Every Thursday, I tossed The New Yorker aside. I read every word of Us.

Eventually, I grew tired of reading about Kourtney, Kim and Khloe’s relationship woes and wanted more. My mother, who’s an avid reader, suggested I try reading mysteries. In particular, she thought I’d like the Maisie Dobbs series by British writer Jacqueline Winspear. I had read Agatha Christie and Nancy Drew as a kid, and loved piecing clues together alongside the sleuth. Years later, I’d dabbled in Raymond Chandler and Dashiell Hammett and even spent several sleepless nights with The Girl with the Dragon Tattoo series.But I’m embarrassed to admit that I looked down on mysteries, thinking that they weren’t as worthy as “serious” books.

I picked up several Maisie Dobbs novels and discovered that not only could I follow the stories, they were good. Winspear’s series is about a young woman in London who has risen above her station to become a private investigator, and the books were a delight, as are many good detective novels.

The whole point of a mystery is to create a plot so suspenseful that the reader can’t put it down—which is exactly what I needed, to get back into reading. A terrible crime has been committed (usually a murder) and a detective or amateur sleuth then applies logic to figure out who did it, what happened and why until the perpetrator is brought to justice.

You don’t need to be Sherlock Holmes to figure out why these books are so popular: People love piecing puzzles together and matching wits with the detective in a way that makes them feel clever. But the other, deeper appeal is that mysteries usually create a world in which order exists and life makes sense. Even though an inexplicable and horrible crime has occurred, a detective sorts through clues, uses his or her intellect to piece the puzzle together and arrives at a rational answer.

Mysteries give us the feeling that justice exists in the world and that there’s general agreement as to what’s right and what’s wrong. When the detective is a flawed character, it makes the story even better. We can sit back, exhale with relief, and say, “Oh, that’s who did it, here’s why, and even this clown could figure it out.”

But mysteries also offer predictability, which I found comforting at a time of so much uncertainty. After my husband left, I wondered: Would I be able to make it financially? Would my two teenage children be okay? Would I be single the rest of my life? With mysteries, I always knew how the story would end: the bad guy (or girl) would get caught. The particulars varied from one book to another, but the outcome was usually the same.

So I made my way through Winspear’s books and then moved on to the hilarious series by Rhys Bowen called “Her Royal Spyness,” about another young woman, a member of the Royal family who does sleuthing for the Queen. Both series are set in London between World War I and II, and they have compelling female detectives with interesting histories. They kept me turning the page.

Because I felt so raw from recent events—which included helping my children navigate the divorce—I stayed away from stories that were too bloody or disturbing or involved sexual crimes. But even these lighter mysteries were thoughtful examinations of the question that consumed me: Why?

This question kept churning in my head. I remember, not long after my husband left, watching the darkly comic Jack Black movie, Bernie, about a small-town mortician who murders a wealthy widow. I thought, “Oh, A. would love this film!” As the theatre lights rose, I riffled through my purse, trying to find my phone to call him. But then I remembered that A. was gone. I couldn’t call him. He didn’t want to share his life—or his laughter—with me. I imagine that widows must feel like this all the time, forgetting that someone you love is no longer there. But I was not a widow. My spouse had chosen to leave. Why?

Winter rains pummeled Northern California, where I live. I sent out a holiday card with a picture of my children and myself. When summer arrived again, I recalled the times my husband and I had spent together with his family at their beach house on the Atlantic Ocean. They are a large, boisterous family, whom I love, and we usually laughed so hard at their dinner table on August nights that my stomach ached the next day. I also thought of the times we had spent at Donner Lake in California with my family, watching our children swim to the floating dock or scramble on the shore rocks, fishing for crawdads. We had shared our families, two amazing and quirky children, and 25 years together. It seemed like a lot of history from which to walk away. Why?

The questions piled up. But I wasn’t as shrewd as the fictional detectives I admired.

The questions piled up. But I wasn’t as shrewd as the fictional detectives I admired. Not only could I not piece things together, I couldn’t even find the clues. I once heard betrayal described as “being stabbed in the heart and the back at the same time.” For anyone who’s suffered a shocking betrayal, that description might seem glib.  It is an experience that leaves you reeling, stumbling in the dark, grasping for any explanation. And without a coherent reason, I did what so many betrayed people do. I dabbled with blaming myself.

For several years, I asked myself:  In what ways had I failed? How had I not been good enough? Why was I not worthy of love? I persisted until I exhausted all the evidence, even as my gifted and patient therapist suggested that I might be pointing my lens in the wrong direction.

But I had asked my husband several times why he had made this choice and the answers I received made no sense to me. They failed to take into account all that might be lost. Because I am a child of divorce, I had already seen the fallout of a split and how difficult it can be to repair. My parents’ divorce made me cherish family, and marriage, even more.

Finally, I had to concede that I could not find the answers. I had tried to apply logic and it had failed me. Who would want to read a mystery like that? There was no tidy conclusion, no “aha” moment that makes us feel clever. None of what pop-psychology calls “closure.” Life is rarely so tidy as narrative.

With enough therapy, I started to sleep again. My ability to concentrate returned. I continued to read mysteries but also picked up weightier books. And earlier this year, I re-read Anna Karenina.

I had read the Louise and Aylmer Maude translation three times and wanted to try the newer translation by Richard Pevear and Larissa Volokhonsky, the very volume I had started reading when my husband left. As I read, I wondered—as I have many times—why some people consider Anna Karenina a love story. Have they read it? The book is a morality tale. When Tolstoy first conceived of the story, he wanted to write Anna as a woman deserving of readers’ sympathy. Instead, he condemned her to the worst possible fate.

But what’s most curious about this novel is that Anna is such an enigma. It’s as though Tolstoy could not get a handle on her. This seems strange; his other characters are portrayed clearly. Vronsky is a cad. Anna’s husband, Karenin, is a cold-hearted bureaucrat. Kitty is innocence and light. Levin, the character based on Tolstoy himself, is an aristocratic farmer filled with inner conflict and self-doubt.

Anna is harder to peg. In the early pages, we see how kind and compassionate she is towards her sister-in-law, Dolly, who had been betrayed by her husband. We also see how Anna’s passionate nature and warm heart leave her lonely in a marriage to a callous husband. But her missteps after falling for another man become more difficult to explain, particularly her inability to understand how her actions might destroy her standing in society and—this seems the most inexplicable of all—her decision to abandon her young son for a lover.

Anna Karenina has always been my favorite novel. But every time I finish it, I have questions: Who is Anna? Why does she act the way she does? After reading it this time, though, I wondered: Does it matter if I don’t know? Life is full of questions I cannot answer. I had enjoyed reading this beautiful piece of literature. I had liked being married and raising a family. In the end, all I could do was accept that there’s so much I don’t know—and continue to wake each day and focus on all the beauty that remains. I don’t need to know how every story ends. I don’t need to figure everything out.

Even Tolstoy, that great chronicler of humanity, could not solve the puzzle of his beloved Anna. That should be no surprise. Another person’s heart may be the greatest mystery of all.

Laura Hilgers is a Bay Area Writer whose work has appeared in The New York Times, O:The Oprah Magazine and Vogue. 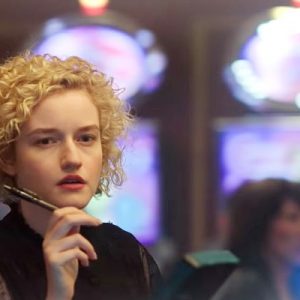 These are strange, sad times, and we all need some entertainment. Many of us might feel inclined toward a certain noir vision...
© LitHub
Back to top