Dispatches from the wide world of true crime

It’s summer and thoughts turn (after the last couple of stay-at-home years) to travel, venturing abroad, places foreign. CrimeReads’ Lizzy Steiner has recently recommended US-based podcasts so let’s look a little further afield. Here’s a summer round up of the best international podcasts you might want to download before taking off… 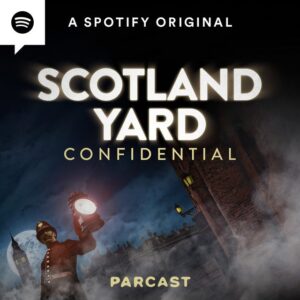 Bristol-based Noiser Podcasts have had great success with their Real Dictators, Real Outlaws, Real Pirates, and Real Narcos series’. Their latest is Scotland Yard Confidential, ranging from the early nineteenth century to modern day London. Cases include the first ever murder on a railway in 1846, the infamous American-in-London wife killer Dr Crippen in 1910, a gruesome murder during the 1917 German Zeppelin bombing raids on the capital, and the 1949 murder of the wealthy widow Olive Durand-Deacon that became known as “Acid Bath Murder”. Coming right up to date there’s the infamous Hatton Garden jewellery heist in 2015 among others. 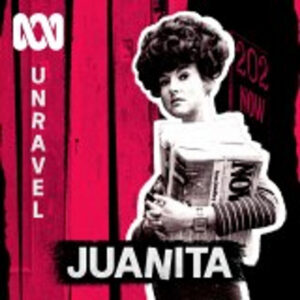 Juanita digs into a well-known Australian cold case. In the early 1970s, Sydney’s Kings Cross area was mired in corruption. Gangsters, corrupt police and crooked property developers eager to turn the whole Red Light District into a high-rise development were running rampant. The Cross was sleezy, dodgy and dangerous. Juanita Nielsen became a vocal opponent in the fight to preserve the heritage of the area and affordable housing for honest working people in the Cross. She published a local newspaper supporting her cause and gained a lot of publicity and support. Nielsen disappeared in July 1975. Rumours abounded of course, but nobody has been categorically held to account for her abduction and probable murder; her remains have never been found. Among the suspects are several of Sydney’s most notorious gangsters and well-known corrupt cops. Various arrests and trials have occurred over the decades while a large reward remains for information. Juanita attempts to look once again at the case. It’s still controversial, it seems. Though the series remains downloadable outside Australia, at present the series has been temporarily removed from the ABC’s website in Oz ‘in order to address concerns about the accuracy of claims made by a source.’ 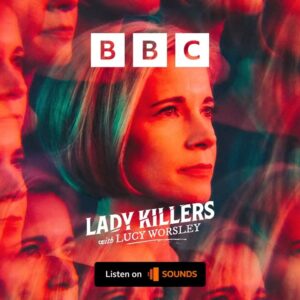 Popular BBC TV historian and academic Lucy Worsley delves into the lives of Victorian-era female criminals from a contemporary, feminist perspective. London husband poisoner and Victorian media sensation Florence Bravo gets a re-examination. Madeleine Smith, a Glasgow high society lady of the 1850s with a secret lover wound up dead and on trial for his murder – again her case needs looking at afresh. Also, an investigation into the horrible Victorian practise of “baby farming” and one “farmer” who’s is believed to have killed between 200 and 400 children by strangling them and throwing the bodies in the River Thames. There’s a couple of diversions – Lizzie Borden famously with her axe, as well as the Irish-Canadian servant girl Grace Marks made famous by Margaret Atwood’s novel Alias Grace. And finally, there’s Mary Ann Cotton, from County Durham in North East England, notoriously known as Britain’s first female serial killer. Tried and hung in 1872 for the murder of her stepson it’s possible Cotton murdered killed up to 21 people. 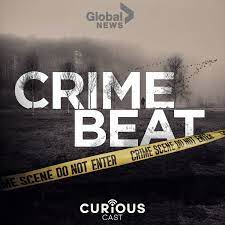 Crime Reporter Nancy Hixt started out working for CHCA-TV, a television station in Red Deer, Alberta. She’s now senior crime reporter for Global News in Calgary and has won a bunch of awards including the Radio Television Digital News Association’s 2020 Edward R. Murrow Award. Crime Beat sees Hixt revisit crime scenes she’s investigated over the past 20 years, including some of Canada’s most high-profile criminal cases. Cases Hixt revisits include that of Douglas Garland convicted of the first-degree murder of five-year-old Nathan O’Brien and his grandparents Alvin and Kathy Liknes; a young couple who went out for dinner in downtown Calgary and their night turned seriously bad; the apparent execution of Calgary woman Nadia El-Dib in 2018; and what happened when a hardworking mother of five disappeared on a snowy night after phoning 911 and being apparently attacked. 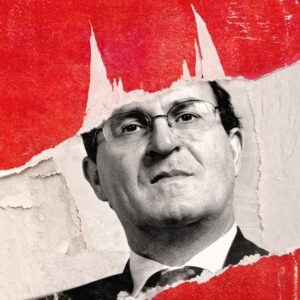 Italian-born Giovanni Di Stefano is legendary in the English legal community, but not particularly for any good reasons! Di Stefano’s family emigrated to England when he was just six. A conman and a swindler, he managed to mislead clients and the courts into believing that he was a qualified lawyer. In 2013 he was convicted on 25 charges including deception, fraud, and money laundering between 2001 and 2011. Along the way he somehow made friends with (or claimed to anyway) Slobodan Milošević, Robert Mugabe, Osama Bin Laden, and Saddam Hussein. He also represented the highly controversial property developer and convicted murderer Nicholas van Hoogstraten and claimed to have represented such UK criminal luminaries as Charles Bronson (reputedly Britain’s ‘most violent prisoner’), the serial killer Harold Shipman, the serial sex offender and former pop star Gary Glitter and the infamous Moors Murderer Ian Brady. He gave himself the self-proclaimed title of the Devil’s Advocate. Scottish journalist Calum McCrae sets out to sort the truth from the BS. 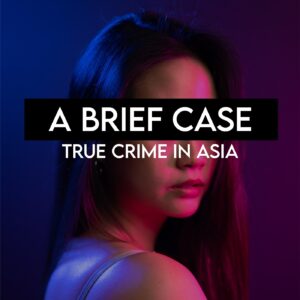 Singapore-based but presenter Teddy Teo and this podcast takes all of South-East Asia as its “beat”. Cases reinvestigated range from a 1991 triple hemiface in a privileged gated community in Paranaque, Philippines with the son of a former Philippine senator accused. Moving to Malaysia and back to 1947, A Brief Case explores why Mat Taram bin Sa’al seemingly suddenly left his family, got up from his seat in the dining car and ran “amok” on a train with a knife before embarking on a murder spree. Other cases looked at include a South Korea cannibal serial killer, the famous Hong Kong “milkshake murders” when a rich ex-pat American wife apparently murdered her husband, and other notorious crimes across India, Singapore, and Indonesia. 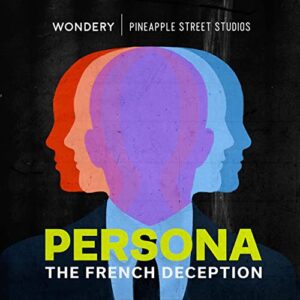 The French word for a scammer is an arnaqueur, and the French-Israeli Gilbert Chikli can claim to be the best at it. Legendary in France for inventing the “President Scam”, he liberated banks and corporations of millions of euros by convincing employees he was a member of the DGSE, France’s foreign intelligence agency (equivalent to the CIA or Mi6). Soon it became no secret Chikli, born in the Paris working class suburb of Belleville, was behind the scams. But he was running his operation from Israel causing jurisdictional issues while, frankly, the Paris flics screwed up majorly a couple of times. Investigative journalist Evan Ratliff shows this was world class scamming! 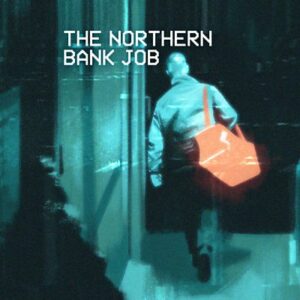 All about the biggest bank robbery in British and Irish history. Days before Christmas 2004, gangs of armed men take over the homes of two Northern Bank officials in Belfast and County Down. With family members held hostage, the officials are instructed to remove cash from the vaults of Northern Bank headquarters in Belfast and load it into the back of a van – not once, but twice – before the van disappears into the night, along with more than £26.5 million in new and used notes. Prime suspects were the IRA meaning potentially disastrous problems for the Northern Ireland peace process. Military precision certainly indicated some form of army or paramilitary background, while the rumour mill said that the money was stolen to fund a pension scheme for “retired” IRA members. Belfast writer and documentarian Glenn Patterson shows how the Northern Bank heist became perhaps the most political robbery ever. 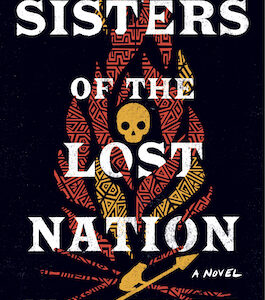 Prologue “Do you hear that?” her uncle whispered. “Hear what?” she said, refraining from taking a big bite of the caramel...
© LitHub
Back to top