As winter continues (for many—let’s not pretend that everyone in this country has a full four seasons), it’s time to burrow under the covers and read some crime books. Each month, we bring you the best to look forward to in the month ahead. February brings a smorgasbord of great crime writing, from historical fiction, to supernatural thrillers, to timely and intricate takes on contemporary issues, and much more. Behold, the best crime and mystery fiction of February. 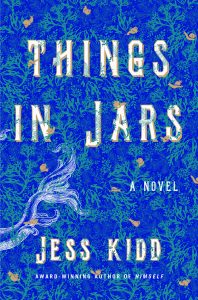 Jess Kidd’s truly weird supernatural thriller really delivers on the title—there are so, so many things in jars. Big things, little things, very creepy things, and more. There’s historical fiction that’s chock full of the realistic details of the time, and then there are historicals that capture the essence, the mindset, and the atmosphere of the time. This is one of the latter. Bridie Devine, a resurrectionist-turned-detective who knows how to read bodies and find missing people, is on the case to track down a stolen little girl with strange powers—if the circus impresarios and bottling surgeons don’t find her first. Oh, and for all the Patricia Highsmith fans out there, I have one word for you: snails.—Molly Odintz, CrimeReads associate editor 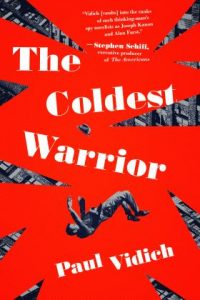 With An Honorable Man and The Good Assassin, Paul Vidich established himself as one of the leading lights of espionage fiction, a sophisticated voice taking up the mantle from the genre’s greats with complex, emotionally nuanced stories that revel in the profession’s moral ambiguity. His latest, The Coldest Warrior, reads like a le Carre novel for the postwar American moment, with an investigation into the mysterious death, decades before, of a CIA man who “jumped or fell” from a hotel window. It’s a story—as Vidich has discussed previously here on CrimeReads—that has personal resonance for him and his family. Vidich’s writing is as assured as ever, and his handling of difficult, charged material is truly admirable, and a pleasure to read.—Dwyer Murphy, CrimeReads managing editor

It’s Ashville, Massachusetts in 1871, and a flock of red birds settles upon the farm of utopian Samuel Hood and his daughter, Caroline, an ersatz Bronson and Louisa May Alcott. Like Alcott, Samuel Hood has many ideas about education, especially for girls, and he sets up the Trilling Heart School and installs 29-year-old Caroline as a teacher. But things start to get weird at Trilling Heart: the girls are manifesting strange physical symptoms, like rashes, headaches, fits, and verbal tics, and the physician Samuel brings in has a sinister air. When Caroline starts getting them too she starts to question what’s going on both at the school and in the world.—Lisa Levy, CrimeReads contributing editor 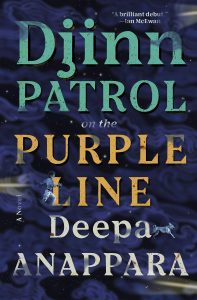 In this wildly creative debut, 9-year-old Jai lives at the end of the Purple Line, far from the high-rises where his mother commutes each day to clean the messes of the wealthy. When a classmate goes missing, Jai and his friends use the detecting skills gleaned from TV shows to find the wayward student, for a novel that promises to be both hard-boiled and dazzling. Also I wish I had the chops as a 9-year-old to attempt to solve a crime. Or commit one. I was really boring when I was 9.—MO 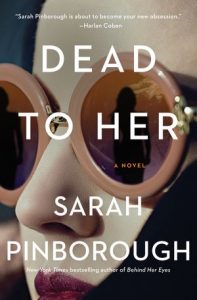 I have read all of Pinborough’s books and they usually grab me and then unceremoniously drop me with a twist at the end that’s at least one toke over the line. I am happy to report that Dead to Her does not suffer from that malady: it’s an exhilarating ride from beginning to end. Dead is one of those books where rich people in the suburbs are having lots of sex with people they are not married to while they angrily ruminate on the shortcomings of their actual spouses, and then there is—wait for it—a crime.—LL 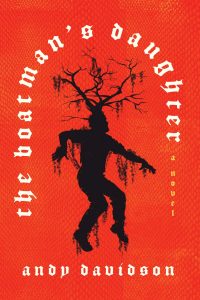 If you’re looking for chills, Andy Davidson’s new novel The Boatman’s Daughter delivers. It’s the story of Miranda Crabtree, a young girl living in a creepy bayou who balances a veritable high-wire act of a daily routine, appeasing a crazy preacher and protecting an old witch and a lost child, all by selling contraband goods around the spooky swamp. But then the preacher makes an impossible demand, and Miranda must begin an eerie and threatening quest to protect those she loves. This book seems like a read-under-the-covers-with-a-flashlight sort of deal. Or maybe, like, only read it in the glaring daylight. Idk, your call.—Olivia Rutigliano, CrimeReads editorial fellow 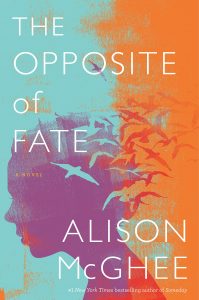 Alison McGhee, The Opposite of Fate  (HMH)

Some people have no luck, like Mallie Williams, a 21-year-old headstrong and intelligent young woman, who survived a hard-luck childhood only to be violently assaulted. The attack leaves her comatose, with her friends and family hoping she recovers. Yet she remains in a coma when it’s discovered the attack left her pregnant, and the people who care about her are forced to make a decision about whether or not she should have the baby. McGhee raises an issue pertinent to women’s lives in general: Who has control of our bodies? When the media descends on Mallie’s case, the pressure to make a decision increases–but everything changes when Mallie wakes up.—LL 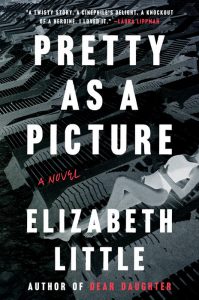 Elizabeth Little’s fantastic new book is part parable of the film industry, part feminist thriller, and part ode to the rise of the true crime podcast. When a film editor trying to establish her independence from her long-term filmmaking partner takes a job with a notoriously domineering director, she finds herself immersed in a nightmarish production on an isolated island. The film is a crime story based on a murder on the island from decades before, and the locals are none too happy to see a film crew reopening old wounds. Enter a pair of teenagers trying to make a podcast, and all secrets, old and new, shall soon come to light.—MO 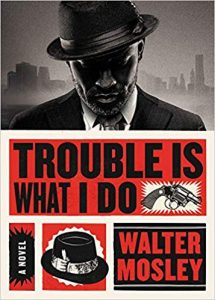 Walter Mosley, Trouble Is What I Do (Mulholland)

Mosley is back this year with the sixth novel in his Leonid McGill series, and the story this time allows the legendary author to shine. An old bluesman shows up on his PI’s doorstep with an enticing project: exposing the race-based secrets of a corrupt, ruthless, and very rich family. McGill takes the job and ends up in the line of fire, which gives Mosley a chance to wander through a few underworld’s of the New York City crime category, always a treat for readers, and one that packs a moral punch. Mosley is, quite simply, an icon of detective fiction, and with each new novel in the McGill series he’s making New York noir his own just as he did with Los Angeles.—DM 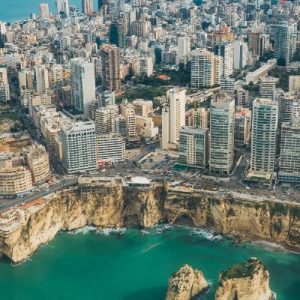 Beirut—capital of Lebanon with a population of around two million in the city and surrounding area, swollen now by an influx...
© LitHub
Back to top