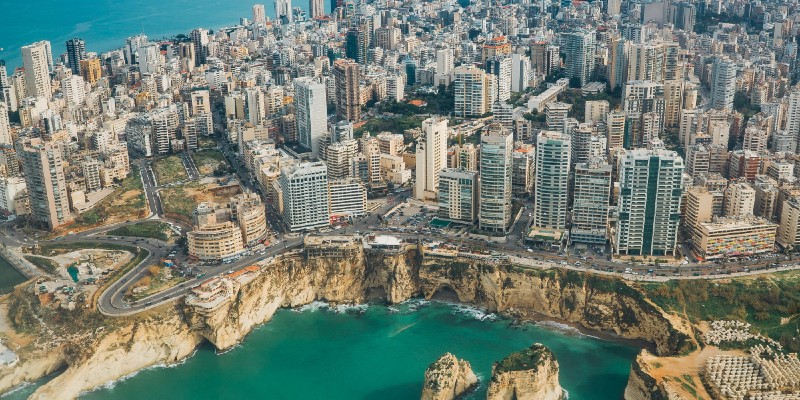 In one of the world's oldest cities, cycles of hope and tragedy are captured in crime fiction.

Beirut—capital of Lebanon with a population of around two million in the city and surrounding area, swollen now by an influx of Syrian refugees. Beirut has been around for 5,000 years—one of the world’s oldest cities. For so long media images of Beirut were dominated by the civil war that raged between 1975 and 1990, its myriad factions and destruction. A million people left Lebanon, approximately 76,000 remain displaced within the country. Just as Beirut was starting to rebuild, Prime Minister Rafiq Hariri was assassinated in 2005 prompting the so-called Cedar Revolution. Then along came the Israeli-Lebanon War in 2006 and much of Beirut was destroyed again. Car bombs, suicide attacks, and intermittent fighting rumbled on till 2015. Yet, despite all this terror, war and carnage, downtown Beirut has rebuilt itself into a tourist destination. Attracted by the cafés along the corniche, the souks, the stunning cliffs of Raouché, visitors find Beirut to be once more a party town, an echo of its infamously louche 1950s heyday, just before the Lebanon Crisis and US intervention, and when Beirut was home to the likes of Kim Philby. For a while in the 1960s Beirut was a Middle East playground for the stars—notably Brigitte Bardot, Peter O’Toole and Omar Sharif. Now Beirut is back on the global tourism map. And of course there’s a local crime writing scene.

No book could possibly describe the myriad different faces of twenty-first century Beirut better than Beirut Noir (2016), yet another in the fabulous Akashic Noir series that should dominate at least one shelf of any crime fan’s library. This anthology of short stories by local writers living in different neighborhoods of Beirut and edited by the Lebanese writer Iman Humaydan, includes stories by Rawi Hage, Muhammad Abi Samra, Leila Eid and others, many of whom have not been available to English readers previously.

Rawi Hage is a writer who should be better known—though is still perhaps the best known Beiruti writer internationally, which shows the low profile of Lebanese writing overseas. Born in Beirut he lived through nine years of the Lebanese civil war during the 1970s and 1980s before emigrating to Canada and life in Montreal. His debut novel De Niro’s Game (2006) features Bassam and George, lifelong friends living in war-torn Beirut. The novel traces the different paths that the two follow as they face the difficult choice of whether to stay in Beirut and get involved in organized crime, or to leave Lebanon and build a new life in another country. De Niro’s Game won a host of crime writing and literary awards. Hage is also the author of Beirut Hellfire Society (2018) where an eccentric young man named Pavlov, is the son of a local undertaker. When his father meets a sudden and untimely death, Pavlov is approached by the mysterious Hellfire Society, an anti-religious sect that, among many rebellious and often salacious activities, arranges secret burial for outcasts who have been denied last rites because of their religion or sexuality. Pavlov agrees to take on his father’s work for the society. Beirut Hellfire Society combines comedy with tragedy and gritty reality with surreal absurdity.

As you’ll have gathered Beirut’s crime writing is intricately linked with the country’s history of civil war, violence and displacement. This has meant that many Beirut authors are politically involved and use the crime genre, or elements of it, to look more closely at Lebanon’s civil strife. Elias Khoury is perhaps Lebanon’s best known writer and public intellectual. Born into a Beiruti Greek Orthodox family he has alternated working as a journalist and editor as well as a playwright and novelist. He has long been politically committed to the Palestinian cause and their plight is often central to his writing. His novels do get translated, despite often being written in a stream of consciousness style with a lot of colloquial Arabic that makes translation into English tricky.

Among Khoury’s body of work perhaps, for readers of this column, the best starting points in English would be Yalo (2002) which features a former militiaman accused of crimes during Lebanon’s civil war. Also The Broken Mirrors (2016) which sees Karim leave his wife and children and the life he has built in France to return to a Beirut still reeling from civil war. It appears he has returned to establish the truth behind his father’s death and perhaps to settle some old scores in a war that is seemingly without end. Also highly atmospheric is White Masks (2011), which opens with the discovery of the corpse of Khalil Ahmad Jaber in a mound of rubbish. The man had disappeared weeks before his horrific death. The novel pieces together the dead man’s life though the eyes of his doctor, a young soldier, a night watchman and others caught up in the violence of Lebanon’s bloody civil war and its ravaging effects on the psyches of the survivors.

And a final recommendation. The Storyteller (2019) by Pierre Jarawan. Born in 1985 to a Lebanese father and a German mother his family emigrated to Germany when Jarawan was three. Clearly this journey has inspired him as a writer. In Jarawan’s novel Samir leaves the safety and comfort of his family’s adopted home in Germany for volatile Beirut in an attempt to find his missing father. His only clues are an old photo and the bedtime stories his father used to tell him. The Storyteller follows Samir’s search for Brahim, his father and the secrets and mysteries behind their estrangement. Jarawan’s Beirut is one marred by the violence spilling over from neighboring Syria (the novel is set in 2005).

Samir’s hopes of uncovering the truth about his father’s disappearance are raised, dashed and raised again and over again. In a sense this is a description of Beirut and the Lebanon that comes through in so much writing from the country. Lebanon’s hopes are constantly raised only to be dashed—independence from France only to fall into civil war, conflict with Israel; the hope of the Cedar Revolution only to see more conflict; peace again but the horror of Syria next door and a refugee crisis. This has been Beirut’s last century and just about every crime book emerging from the country seeks to deal with this cycle of hope and then tragedy. 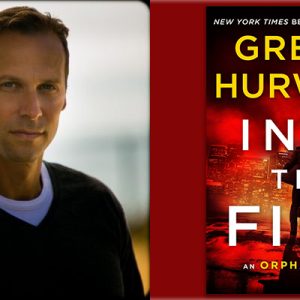 Gregg Hurwitz is the New York Times, #1 internationally bestselling author of 21 thrillers, including most recently Into...
© LitHub
Back to top