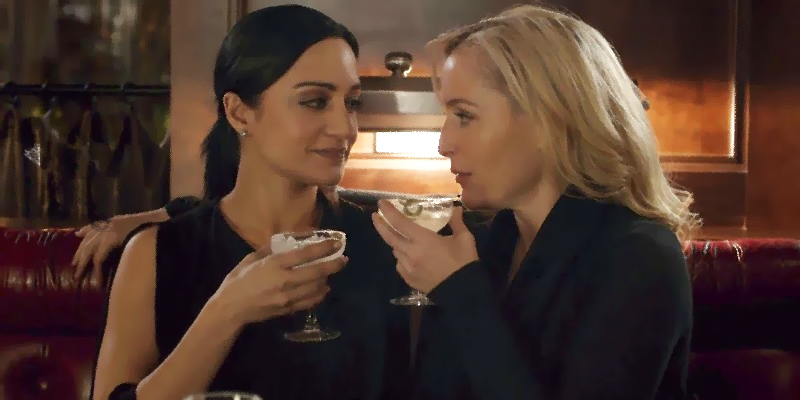 "The first well-drawn, fully-developed queer women characters I ever encountered were in the pages of crime fiction."

I spent my teenage years reading mysteries and realizing I was queer. The two pastimes aren’t exactly connected, but they aren’t not connected, either. Why? Because the first well-drawn, fully-developed queer women characters I ever encountered were in the pages of crime fiction.

To be clear, the genre I love doesn’t always treat the LGBTQ+ community well, and there are still plenty of examples of crummy representation out there. Ditto for women, period (I’m still deeply shaken by the vagina purse, among others). But the 1990s saw an influx of women writers into the crime fiction sphere, and I’m sure that had something to do with the type of stories that I myself wanted to tell.

I’ve always been intrigued by the professional detective character, in particular. She’s an interesting lady because she chooses to solve crimes for a living. This separates her from both the patrol cop character, who’s supposed to prevent crimes from taking place (in theory, that is), and from the amateur sleuth character, who finds herself in the role of crime-solver due to circumstance. Whether she works for a police department, as a private investigator, or an investigative journalist, the pro detective makes the choice every day to look at ugliness and violence on behalf of relative strangers—in a world where loads of people seek to avoid hard conversations at all costs—and has to put herself in the shoes of people with very bad intentions in order to understand them. I’m not saying this to romanticize the profession, but from the standpoint of using storytelling to explore human nature, there are so many fascinating, messy angles to explore. It’s fun as hell to write about a woman who is part crusader, part puzzle-solver, and because it takes one to know one, part fucked up. And, at least for me, it’s fun to read about this woman as well.

Even more so if she is queer.

Now, let me tell you about my favorite queer women detective characters from page and screen in the last couple decades through today. 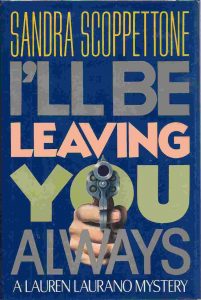 I loved the very first women private eye characters–Sharon McCone, V.I. Warshawski, Kinsey Millhone, Anna Lee (if you’ve been sleeping on that series by British author Liza Cody, fix that ASAP) because they were smart, assertive, and cynical like their male series counterparts, just minus the annoyingly rampant sexism. But these women were straight. Lauren Laurano is the wisecracking queer big city P.I. of dreams, and Sandra Scoppettone is a storytelling master. Lauren is in a stable long-term relationship with partner Kip, which is notable because healthy attachments in detective fiction aren’t all that common, regardless of orientation. Not only that, but the series was the first queer female P.I. series to be put out by a mainstream publisher, so all of us writing queer women in crime fiction owe a debt here.

Contemporaries of Scoppettone include the Kate Martinelli series by Laurie King and the Kate Delafield series by Katherine V. Forrest, both of which feature lesbian police detectives in California. 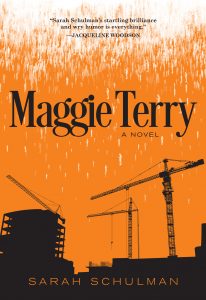 I’m going to put this book on every queer crime fiction list I write until the end of time, because it’s that good. Maggie is a disgraced NYPD detective-turned-private investigator whose life fell apart (and whose wife and daughter left her) due to her drug problems. This novel from The Feminist Press at CUNY doesn’t focus on her collapse but rather the fragile rebuilding in the immediate aftermath of her recovery, and the characters leap off the page and get stuck in your head. 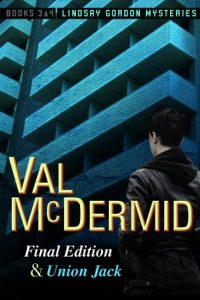 Scottish author Val McDermid has written no fewer than 4 top-notch mystery series (how do you write so many good books, Val? How?), but her first creation, queer newspaper reporter Lindsay Gordon, is my favorite. Maybe she doesn’t count as a “professional detective,” but this is my list, so I’m putting her on it. Lindsay Gordon debuted in Report for Murder in 1987, so she’s truly one of the originals. The books in this series span almost 20 years, so it’s a glimpse into Scottish lesbian life as times change. 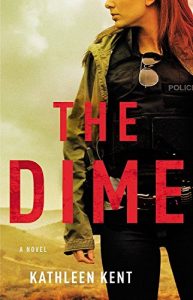 I’m really looking forward to having time for leisure reading again! Because as soon as I do, I’m going to be looking to The Burn, Kathleen Kent’s second Detective Betty mystery. Featuring a queer Houston police detective, with a relatably unprononceable Polish surname, The Dime is one of my favorite mysteries from the last several years. 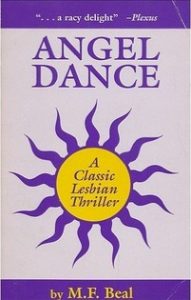 Only the most diehard queer crime fiction aficionados will know this out-of-print book. 1977’s Angel Dance is a wild ride that is a little hard to describe, covering such territory as the art scene, sexual assault (trigger warning on this one, FYI), drug smuggling, and Communism. But Latinx P.I. Kat Guerrera debuted a full decade before anyone else on this list, so the book is worth adding to your library if you see a copy in a used bookstore.

I’d also like to mention the also out-of-print Virgina Kelly books by Nikki Baker. This series features a Black lawyer with an irresistible voice. If you find yourself in the world’s greatest used bookstore and can find this series AND Angel Dance, buy them all! 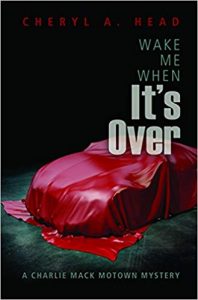 As author Cheryl Head recently said on Unlikeable Female Characters, the podcast I co-host, “Black women are natural-born private investigators.” The list of queer Black detective characters is way too short, but Cheryl’s Charlie Mack is one we’re very lucky to have. Set in early-aughts, post-9/11 Detroit, this series covers a hard time in the city’s history, but tough yet empathetic Charlie is someone who makes those streets safer. 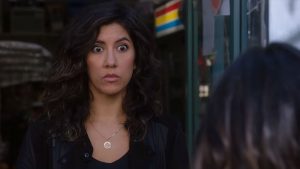 Rosa Diaz (played to stoic perfection by Stephanie Beatriz) is the 99th Precinct’s resident badass motorcycle-riding, ax-wielding bisexual, and she actually gets some of the show’s most emotionally intense storylines, showing us that women can be tough and vulnerable at the same time. Brooklyn 99 is a deeply funny show, but I also want to point out something truly remarkable: it features 2 openly queer characters! (Andre Braugher’s Captain Holt is the other, for the uninitiated.) It’s a thrill to see 2 queer characters on the same show, especially a mainstream show, able to talk about things other than their relationships. It’s almost as if queer people are people. Imagine! 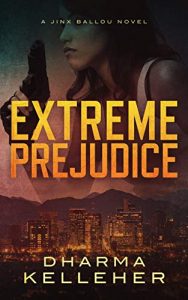 Tough but compassionate Phoenix bounty hunter Jinx is definitely the kind of woman you’d want on your side if you found yourself in a tight spot. Dharma Kelleher writes tight, suspenseful prose, and her voice as a trans crime writer is very much needed. 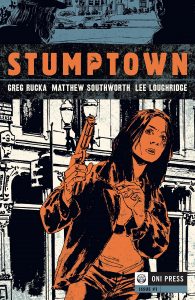 I have a real soft spot in my heart for so-called “disaster bisexuals” who eschew labels and love who they love (my series should be evidence of said soft spot), and Dex is one. She probably definitely has a drinking problem, a gambling problem, and a running-off-at-the-mouth problem, but she makes it work by always getting to the bottom of her cases—eventually. Speaking of soft spots, I also love the type of character who saves the day but only after making everything worse and pissing off everyone she knows. 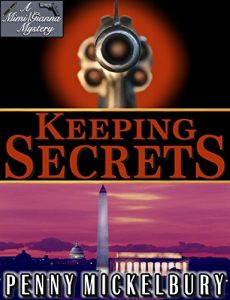 As I said, the list of queer Black female detective characters is too short; Penny Mickelbury’s Mimi Patterson is the 3rd on a list of…3 (if you are aware of some I’ve overlooked, please let me know). This is another long-running series that shows a well-drawn relationship between Hate Crimes detective Gianna and reporter Mimi and is written from both of their points of view, giving a double-barrelled narrative that feels very rich indeed. 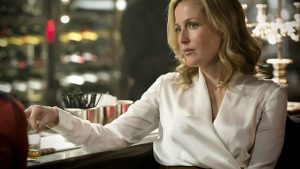 Gillian Anderson as Dana Scully was perhaps my first lady crush, although I didn’t understand it as such at the time. She’s no less swoon-worthy on The Fall, and though her queerness is not a prominent element of the show, the chemistry she has with the female pathologist played by Archie Panjabi is pretty much off the charts. Also, a line spoken by Stella, “Fetch the bolt cutters,” is the title of Fiona Apple’s new and brilliant record, which I am also obsessed with, so you can view Stella Gibson as a perfect confluence of all my interests.

If you’re trolling Bookshop.org with money burning a hole in your pocket, here are a few other LGBTQ+ women detective characters worth checking out: 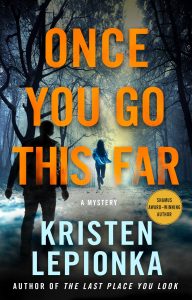 Kristen Lepionka is the author of the novel, The Stories You Tell. She grew up mostly in her local public library, where she could be found with a big stack of adult mysteries before she was out of middle school. In the name of writing research, she has gone on multiple police ride-alongs, taken a lock-picking class, trespassed through an abandoned granary, and hiked inside an Icelandic volcano. Her writing has been selected for McSweeney’s Internet Tendency, Grift, and Black Elephant. She is also the editor of Betty Fedora, a semi-annual journal that publishes feminist crime fiction and lives in Columbus, Ohio, with her partner and two cats. Her previous novels include What You Want to See and The Last Place You Look. 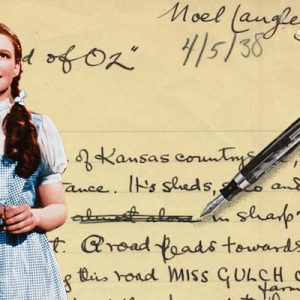 When I came to Hollywood in my mid-twenties, having published two novels and determined to crack into the screenwriting business,...
© LitHub
Back to top