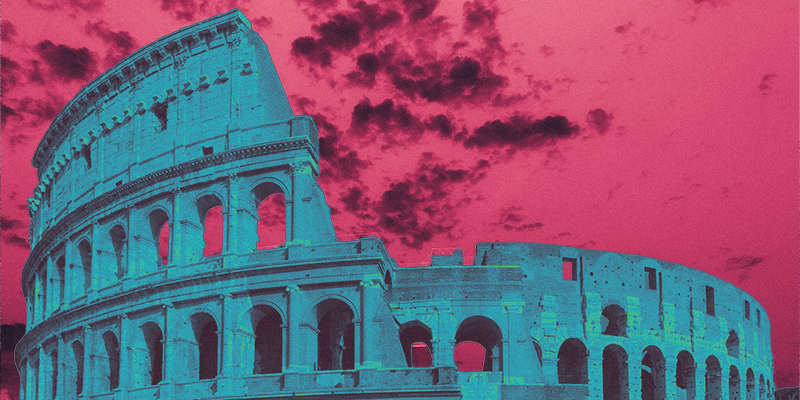 "So many ways each of these crimes could have gone. So many different reasons to keep our eyes open wherever we travel."

Political intrigue, death on the beach, murder most poison… such is stuff that books and movies and TV shows are made from. Ripped straight from the headlines.

It makes sense, then, that while I was plotting No Way Home, my young adult thriller, in which an American exchange student faces a life-or-death situation in Rome, I considered going that route. In the end, I didn’t (or sort of didn’t), but it got me to thinking.

When we travel, we generally sightsee in typical travel-guide mode, taking in hotspots at face value. Yet, do a deeper dive into the true-crime histories of so many sites, and watch how it sheds additional dimensions to any experience.

Here’s a peek at the underbelly of the Rome I researched.

No trip to Rome would be complete without a visit to its most iconic site: The Colosseum. As you walk among the ruins you may learn some astounding facts—how the Colosseum was the first sports venue with a retractable roof and how the Romans engineered the grounds to be flooded for boat races—but what tends to overshadow everything are the widely known tales of death matches. Man vs. man, man vs. beast. And sometimes, yes, woman vs. woman, woman vs. beast. Lesser known, however, is the fact that most of the matches were for pure entertainment purposes—not fights to the death. True, none of these amounted to real crime in the day, but the fact remains that, over the course of its history, 400,000 mostly marginalized humans and one million animals, reportedly, died for spectacle. Among these were victims of the Roman Emperor Commodus. He was such a fan of gladiatorial combat, he would personally enter the battle arena to show off his self-proclaimed, godlike power. Except, he would pit himself against disabled or otherwise incapacitated opponents. The animals he’d fight were non-predators, harmless. Commodus’s attempts at bravado, however, were so thinly veiled that not only did Roman citizens see through them, but his sadistic actions contributed his overthrow. Even his own sister conspired with the group that assassinated him.

Ah, political intrigue! You’ll find even more at the Roman Forum, just shouting distance of the Colosseum. It’s no secret that their seat of government was rife with shady and sometimes deadly dealings. There was, of course, Julius Caesar, whose overthrow heated up at the Forum; though, the perpetrators of his death, at least 60 Roman senators, did the deed about a mile away at Curia di Pompeo on the Ides of March. But in the Forum, itself, in another power struggle, the emperor, Galba, was stabbed and beheaded. There’s also the well-dramatized life of the emperor Claudius, poisoned so the next in line could take power. But for a different perspective of his demise, turn your attention to his wife, Agrippina the Younger, known to be the most powerful woman in that time and place. It was Agrippina who allegedly orchestrated all the events that led to Claudius’s demise so that Nero, her son from a previous marriage, would become the next emperor. Bad move, Agrippina, because its well-known what Nero did while Rome burned.

Now, all that is ancient history, literally. And even though other notable crimes have taken place in Rome from the time the emperors were in power, let’s skip ahead 19 centuries and move about 20 miles from Rome’s city center to a couple of crime scenes near the fascinating architectural remains of Ostia Antica, once a thriving city adjacent to the ancient port of Rome.

As with any civilization, you would have seen a wide variety of dark events; here, kidnappings, battles, and plundering pirates, to name a few. However, it’s on the beach, outside the remains, where Italian film director, poet, translator, journalist, and novelist, Pier Paolo Pasolini, was murdered in 1975—beaten then run over several times with his own car. A 17-year-old was convicted of his death, an instance of a tryst-gone-wrong. Thirty-five years later, though, the case was reopened when suspicions of political, economic, and homophobic motivations came to light. Additionally, the man who’d plead guilty retracted his confession and stated there were others who perpetrated the crime. Earlier forensic evidence had underscored the theory that Pasolini could not have died at the hand of one person, but that information and other physical evidence had been, initially, set aside. Although even more facts were brought to light, a judge still deemed the evidence insufficient to indict anyone in this crime.

Twenty-two years previous, also on the beach in Ostia, the body of 21-year-old model and aspiring actress, Wilma Montesi, clad only in her blouse and underwear, washed up after she’d been missing for two days. The police attributed her death to accidental drowning, but four years later, thanks to those who continued to doubt that story, a different truth came out. A long investigation, including allegations of debaucherous drug parties, set off a chain of events that led to the downfall of the chief of police, a prominent politician, and his son. It’s said that Wilma Montesi’s murder inspired Federico Fellini’s La Dolce Vita.

In my research, I came to discover that Wilma Montesi had grown up in an affluent part of Rome near the Villa Borghese grounds. Both the park and museum there serve as the backdrop for two scenes in the book. And just at the park’s edge sits The National Gallery of Modern and Contemporary Art where, five minutes after closing one night in 1998, three masked gunmen forced unarmed guards to switch off the security system. The gunmen stole two paintings by Vincent Van Gogh and one by Paul Cezanne. Three days later, the paintings were found, unharmed. It was discovered that one of the perpetrators had been a guard, herself. If you visit the museum, you may want to take a second look at these paintings: Van Gogh’s The Gardener and The Arlesienne and Cezanne’s Le Cabanon de Jourdan. They may not have been returned if it weren’t for an insider, a museum mole, who led authorities to their recovery.

With a much-less satisfying ending is the issue of Aldo Moro. In 1978, the five-time premier of Italy was kidnapped by the Red Brigades, a terrorist group, looking for the government to release 13 of their members from prison. The government refused to negotiate. Fifty-four days later, Moro’s body was found, riddled with bullets, in the trunk of a Renault 4 on Via Caetani, approximately 350 yards from where Julius Caesar was assassinated. (This happens to be an unnamed street that my main character traverses on a crucial morning.) Although several members of the Red Brigades were convicted for their involvement, there are those who are still convinced there’s much more to the story.

Also fully unsolved is the case of Emanuela Orlandi, a 15-year-old girl who mysteriously disappeared in 1983. A subject of Vatican City—her father worked as a Vatican messenger—Orlandi was headed to her flute lesson, she told her sister in a phone call, when she was stopped by a representative from Avon Cosmetics, someone in a green BMW, who’d offered her a job. Orlandi made it to her lesson but, still rattled by the encounter, left early. Friends saw her board the city bus and talk to a redheaded female, but that’s where the verified trail ends. Since then, there have been reported sightings, and theories about her disappearance range from an international kidnapping to the pope’s involvement to dealings with organized crime. Some say she purposefully ran away and changed her identity. Emanuela Orlandi is still missing.

Hmm. An open-ended mystery. So many turns her disappearance could have taken. So many ways each of these crimes could have gone. So many different reasons to keep our eyes open wherever we travel.

Such is the stuff that fuels the experience and pushes the imagination. 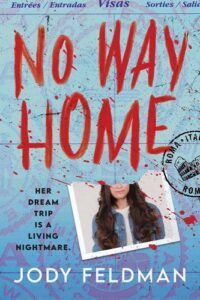 Award-winning author Jody Feldman is always looking out for a turn of events, an interesting word, or even a misplaced wink to fuel her imagination. Pieces of the plot from her latest book, the YA thriller No Way Home (Sourcebooks Fire, 2022), were partially inspired by her trips to Rome, some from a high school history class all those years ago, and many from sheer imagination. Jody Feldman lives in St. Louis, Missouri. 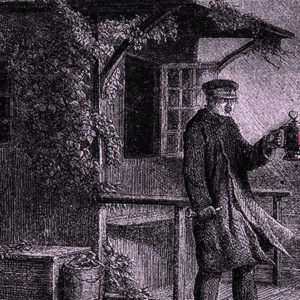 On the book’s front cover, a white-shrouded figure with hollow eye sockets menaces from beneath a gothic arch. On the back,...
© LitHub
Back to top