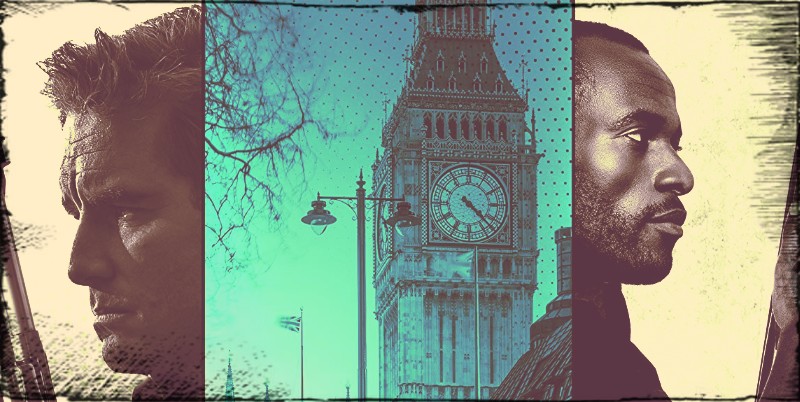 In February 2019, I wrote an essay for CrimeReads about my obsession with the Hardman series of 1970s-era crime novels by Ralph Dennis, and how it led to me, over the course of five years, to acquire the copyright to his work, start a publishing company, and re-release his books.

I thought that was the end of the Hardman story.

Once I secured the rights to Ralph’s work, the family’s attorney sent me a box of Ralph’s published and unpublished, type-written, carbon-copy manuscripts. I hoped there would be a long-lost Hardman among the manuscripts, but there wasn’t.

Over the next few years, I republished all twelve of the Hardman novels, his three standalone novels (The War Heist (aka MacTaggart’s War), The Broken Fixer (aka Atlanta) and A Talent for Killing (aka Dead Man’s Game) and some of his previously unpublished work (like The Spy in a Box and Dust in the Heart).

All of this time spent editing Ralph’s work made me eager to learn more about him as a person. I knew Ralph was a student, and later an instructor, at the University of North Carolina at Chapel Hill during the 1960s. So, in the summer of 2019, I went to Chapel Hill to read through Ralph’s papers at the UNC library, to meet some of his old drinking buddies, and to see the places mentioned in his books.

On the flight to North Carolina, I began reading Ralph’s unpublished manuscript The Polish Wife. It was about a disbarred lawyer-turned-Atlanta lobbyist named Thad Morris who gets hired by a lawyer, Frank Butler, to go to London to find a missing man. I immediately noticed some striking similarities between The Polish Wife and a Hardman novel.

First off, The Polish Wife was written in what was unmistakably Hardman’s first-person voice.  Or was this just Ralph’s voice?

Thad frequented George’s Deli in Atlanta, just like Hardman. But so did Ralph, who liked to write at a table there. Was this just another friendly nod to his favorite watering hole?

Thad had a white, womanizing employee, Bill Testman, who did dirty jobs for him…and behaved and talked like Hardman’s black friend Hump. Was this just Ralph’s idea of a little in-joke? (C’mon, Testman? Really?)

Thad was a disbarred lawyer. Hardman was an ex-cop. Were they the same character? Or was Ralph just interested in characters who were outcasts from their professions?

And, finally, Frank Butler, the lawyer who hired Thad, was a character who’d appeared in The Buy Back Blues, the final Hardman novel. There was no question that Butler was the same character. Their backstories were identical. Did Ralph just like Butler so much that he decided to use him again in a new book?

That left me puzzling over the big question:  Was The Polish Wife actually a rewrite of an abandoned Hardman novel?

Even if it wasn’t, would I be going too far, and taking too many creative liberties, if I revised it into a Hardman novel anyway? I certainly had the legal right—I obtained the copyright to the manuscripts specifically so I would have the freedom to make any revisions I thought were necessary—but should I do it just because I could?

There was a precedent for it. I’d substantially revised MacTaggart’s War, Atlanta and Dead Man’s Game before republishing and retitling them…but not to the extent that I was considering with this manuscript. In those cases, what I did was mostly editing. This time, I was contemplating a major rewrite.

I was still wrestling with this issue when I arrived in Chapel Hill, set aside the manuscript, and began going through Ralph’s papers. After a few days, I came across a collection of letters that he wrote in 1976 to Wesley H. Wallace, chair of UNC’s Film and Television Department, where Ralph had taught screenwriting.

That was the year that Ralph scored a contract to write his first hardcover novel, MacTaggart’s War, a heist story set during the early days of World War II. Churchill is certain a Nazi invasion was imminent, so he sends all of England’s gold to Canada for safekeeping…unaware that a group of American soldiers is waiting there to steal it all.

It was a great idea for a novel and Ralph was convinced it was going to be his break-out book that would finally make him a big-time, hardcover novelist. The story was based on a true bit of history, so Ralph spent some of the advance money from his publisher on a research trip to England.

But it was an expensive trip, and Ralph’s desire to stay in London a while longer, and perhaps also see more of Europe, prompted him to come up with a surprising way to make some fast cash, which I discovered in a series of handwritten letters to Wesley Wallace from London. The first was dated December 16, 1976. This line jumped out at me:

“I may do a Hardman in London for some extra money. I can do it while I’m doing the research for the real project.”

It was soon followed by another letter to Wallace, dated January 10, 1977, that said this, among other things:

“If I can find a typewriter, I might write a quick Hardman in London and put that money aside for a trip to Italy and France after I’m finished the big book. I can probably write the Hardman during the later afternoon hours after I return from research.”

“The lady from Atlanta is arriving in London on May 5th. A week in London, and then we head to Ireland for ten days or two weeks. The book limps along. I hope to have the first draft done by the time I leave for Ireland. If not, I’ll have to take a few pads with me to do some early morning writing while the lady gets her beauty sleep.”

Now I was certain that The Polish Wife was once Hardman in London. Either Popular Library had passed on the book, or Ralph had second thoughts about doing another Hardman. Whatever the reason was, at some point, he must have decided to revise Hardman in London into a standalone by simply changing the names and a few minor story points. (It didn’t work. The book never sold. In fact, MacTaggart’s War, released in 1979, was the last book by Ralph published in his lifetime).

The letter was “the smoking gun” I needed to justify to myself revising The Polish Wife back into a Hardman novel.

So that’s what I did. Thad Morris reverted to Jim Hardman. Bill Testman reverted to Hump. Thad’s secretary Gail reverted to Marcy, etc. But the revision wasn’t as simple as merely doing a search-and-replace for names. I had to undo the rewriting Ralph had done to make Hardman into a disbarred-lawyer-turned-lobbyist instead of an ex-cop-turned-unlicensed-detective. I also had to undo some other plot and character points that didn’t align with the Hardman series.

I was working with Ralph’s rough, typewritten manuscript, so I also did extensive editing, rearranging some scenes and chapters and deleting about 12,000 words. In the end, I’d say ninety percent of All Kinds of Ugly is written in Ralph’s own words.

It was an honor and a thrill to discover and publish one, last Hardman novel. But it was also bittersweet, for me, because there’s no doubt this is truly the final book. The ending makes that clear. And yet, it feels good knowing that Ralph saw an end, and a future of sorts, for his characters and wrote it, even if we never got a chance to read it in his lifetime.

At least, we can read it now. 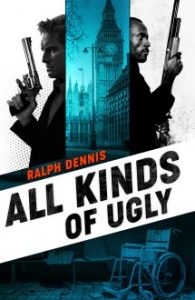 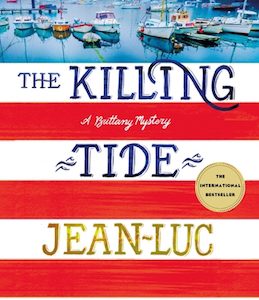 He pulled his cell phone out of his jacket pocket. He was missing an important part of his ritual: the first phone call in a new case...
© LitHub
Back to top