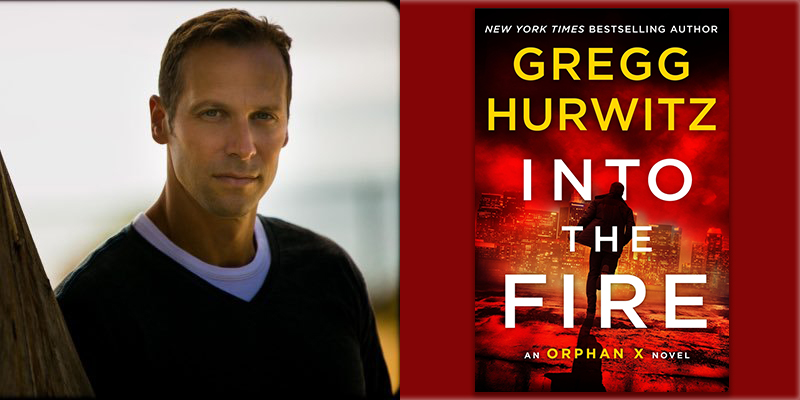 Gregg Hurwitz is the New York Times, #1 internationally bestselling author of 21 thrillers, including most recently Into the Fire (January 28, 2020; Minotaur/Macmillan), and two award-winning thriller novels for teens. His novels have won numerous literary awards, graced top ten lists, and have been published in 32 languages. Gregg has written screenplays for and sold spec scripts to many of the major film studios, and has written, developed, and produced television for various networks. The Orphan X series is currently in development with Brad Weston’s Makeready Productions and Justin Lim’s Perfect Storm Entertainment.

CrimeReads: Orphan X is such a compelling protagonist—can you talk about the genesis of the character?

Gregg Hurwitz: It took me a lot of books to find my way to Evan Smoak. In the course of my career, I’ve done a lot of research with Navy SEALs, Green Berets, Army Rangers, and also folks on the intel side. And a lot of them would tell me about black programs and high-end spec-ops groups. When I was preparing to embark on this series, I started to think: What would be the coolest version of a deep, deep black program? And I thought about taking these kids out of foster homes where no one cares about them, and raising them up totally off the books to be assassins, but they’re completely isolated. So I thought about what that would do to child and what kind of child would be suited to that. And what cost he would pay for it. Evan’s pulled out of a foster home at age twelve and trained up, and by the time we meet him, he’s already left the Orphan Program and is operating as a pro bono assassin for people who are in desperate need of help.

Evan is a disposable asset, a kid no one wanted. Until he meets his handler and father figure, Jack Johns, who tells him, “The hard part isn’t turning you into a killer. The hard part is keeping you human.” And that’s the tension I see inside this character. His life would be easier if he was a true believer, if he saw the world in black and white. But instead he has to live his life navigating the murky gray. 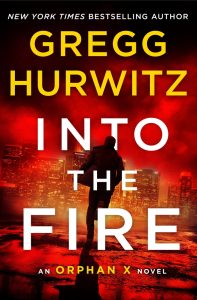 CR: You’ve written mostly for adults, but you’ve also written a couple of thrillers for teens—how does the experience compare? What’s your advice for writing YA thrillers?

GH: With both of my YA books—The Rains and Last Chance—I blasted through a rough draft as fast as I could type. I wanted to make sure that each book was paced like a rocket and that the character development and dynamics happened along the way. So we’re racing to catch up to the plot and we’re learning about these characters as they are doing the same.

I didn’t write down to my readers. People forget how dark teenagers are and what they are capable of processing. So I kept everything as smart as possible, never underestimating how sharp younger readers can be.

CR: You’ve also written screenplays and comic books, so you’re a bit of a Renaissance man. What’s your favorite form? Do you get bored if you’re not mixing things up?

GH: Novels are my favorite; they’ve always formed the backbone of my career. There’s so much that can be done and said in a novel. And the author is king: We’re the director, the cast, hair and makeup, location scout, everything. So it’s an enormous amount of responsibility but when it works it feels triumphant.

The other mediums help and inform my novel writing. With a screenplay, of course, you can’t go inside a character’s mind. Because you have to dramatize everything, it becomes a useful talent to bring to books as well, because if you just have a character sitting around contemplating the universe, that’s not very interesting or compelling, despite the fact you can get away with it.

I do like writing TV, films, and comics between the novels. I learn so much when I’m working in those forms, and it’s very fun to collaborate and see where interfacing with other talent (directors/actors/artists) can really raise the game on a story. Whereas a novel is 400 pages of final product, a script is 100 pages with lots of white on the page. It’s a recipe for a story and then you get to build that story with other people who are immensely talented along a different dimension. So much can be learned from watching others who are good at their job, whatever that job might be, so it helps feed my creativity.

CR: You’ve earned significant popularity in the US and the UK—do you notice any cultural differences in how Brits and Americans respond to your work?

We never get to see James Bond go home—or Jason Bourne have an awkward encounter with a single mom at an HOA meeting.

GH: Not really. Everyone seems to connect to the same part of Evan—that he’s an archetypal hero who lives in the real world with you and me. We never get to see James Bond go home—or Jason Bourne have an awkward encounter with a single mom at an HOA meeting. So I wanted to bridge the gap between characters we know and love and the real world, and see what aspects of character I could illuminate with that contrast.

CR: Your series has been praised for its balance between character development and action—what’s your secret for achieving that balance?

GH: Every single aspect of a book should relate to character. I think of every scene, every action sequence, every interface with other humans or weapons through a single lens: How does Evan react in this situation in a way that is different from how anyone else would react? So I make sure that as the plot moves forward, we are reflection everything back to Evan and he is reflected in everything that happens.

In having him live in the real world, figuring out how to maintain his humanity, I also have him struggle with key issues we don’t often see in thrillers. How can he be better at everyday life and interactions? How can he break through the rules he’s lived his life by—The Assassin’s Ten Commandments—into a new understanding of himself and those around him? How can he fill the emotional and psychological holes left by his unique upbringing?

CR: With the related-to-the-wrong-man storyline, Into the Fire feels a bit like an ode to Marathon Man, at least at the start—am I right to spot that? Or is it a coincidence? What draws you to the innocent-man-in-over-his-head plotline?

GH: I love Everyman thrillers in the Hitchcock lane, as my books previous to the Orphan X series will attest. There’s something about meeting a person on the worst day of her life that is supremely appealing to me. And studying how people act when the societal façade falls and it’s down to life and death. How to protect themselves, their family. When I started out with the Orphan X books, I wanted to find a way to maintain those kinds of stories and in introducing his encrypted Nowhere Man phone number (1-855-2-NOWHERE) for truly desperate people to call, I get to have a version of those stories.

GH: From the beginning, I knew I had to get even more hands on with research than I had been. Because of Evan’s capabilities, I needed to make sure that I gave enough telling detail to carry the reader across the suspension of disbelief when it came to stuff as varied as hacking, hand-to-hand combat, vodka, explosives, and forensic accounting.

Every adjustment of the sniper scope, every encrypted comms device, every breach of a firewall has to build the world around Evan. For Into the Fire, I needed to know between which ribs an Escrima knife fighter would punch the blade to puncture the heart and what the specific security procedures are inside the Twin Towers Prison in Los Angeles. I shot a lot of guns and indulged (badly) in mixed martial arts fighting. It all comes down to a balance of giving readers just enough that they can paint the picture in their own minds—and trying not injure myself in the process. 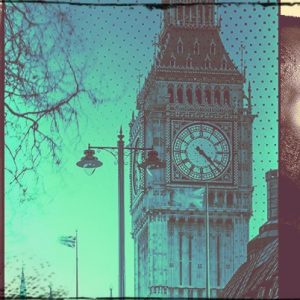 In February 2019, I wrote an essay for CrimeReads about my obsession with the Hardman series of 1970s-era crime novels by Ralph...
© LitHub
Back to top