There's no better escape than into the rarefied world of fine art and even finer forgeries...

I’ve spent a lot of time researching art theft and forgery. One in particular—the notorious 1911 theft of the Mona Lisa from the Louvre Museum. Here’s how it went: a recently fired employee hid in a closet overnight, emerged at dawn on a day the museum was closed to the public, took the painting off the wall, stashed it under his jacket and walked out. No Tom Cruise-like dangling from a high-wire, no digitally scanned replications to take the painting’s place. Its disappearance was in fact not noticed for two full days!

We are talking about the Mona Lisa, possibly the most famous painting in the world, its reputation enhanced by the theft and the ensuing media frenzy. I could tell you about the forgeries made during its two-year absence and about the art historians who swear the Mona Lisa in the Louvre today is a fake, but I’d rather you learned those things from my novel, The Last Mona Lisa. In the meantime, let’s look at some art great heists and forgers, real and fictional, that have filled the small screen and splashed across the big one. 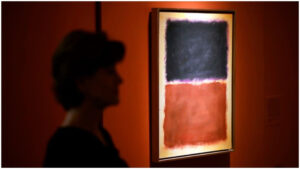 Made You Look: A True Story About Fake Art (Netflix)

A contemporary story of art forgery so fantastic you can hardly believe it’s true, let alone believe the art dealers and art experts, the sketchy Long Island lady with an art collection for sale that seems too good to be true, (and it is), a Chinese nationalist toiling away in his modest Queen’s home, knocking off copies of Jackson Pollock and Marc Rothko, Andy Warhol and more, netting himself a few bucks and the gallery $80 million. It’s a scandal that brought down one of New York’s oldest and toniest art galleries. If you like seeing rich people squirm and experts pass blame faster than you can say, “I didn’t know,” then this is for you. It’s a fast-paced documentary for our time, one that brings up the question of truth and lies, what’s real and what’s not, why we value something unique, and ultimately the entire question of originality. 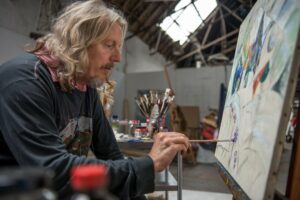 Beltracchi: The Art of Forgery (Netflix and Amazon Prime)

I’ll come clean. I’ve had a side hustle for years: painting replications (AKA, fakes) for wealthy art collectors. It’s what drew me to Beltracchi: The Art of Forgery, the story of Wolfgang Beltracchi, who painted and sold over 300 forgeries which graced no less than forty auction house catalog covers and fooled everyone. Watching the forger reenact his process—scouring flea markets for old canvases to scrape down and re-use, he and his wife dressing up in period costumes and posing in front of the forgeries to create a faux-photographic provenance (they claimed the photos, taken with an old box camera, were of her grandparents in front of their extensive art collection), baking his painted copies in a kiln-like oven—was fascinating, and of particular interest to me, a legal art forger. The 2014 doc begins as the couple are about to start their prison sentence (I won’t give away the forger’s undoing), ends with the art world looking foolish, and begs the question: if the forgery is so good how come it’s not worth anything? 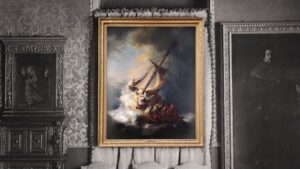 This Is a Robbery: The World’s Biggest Art Heist (Netflix)

Perhaps the four-part This Is a Robbery: The World’s Biggest Art Heist could have been consolidated into two, but if you want to know everything there is to know about art theft, this is the one.

Boston, March 18, 1990, St. Patrick’s Day. While hundreds of thousands of revelers descend upon the city and the police are diverted, two men dressed as cops are buzzed into the Isabella Stewart Gardner Museum, a Venetian-inspired palazzo chock full of rare art and artifacts. Is the guard with his finger on the buzzer lazy, stoned or cooperating? It’s never been proved but the thieves get in and for eighty-one long minutes, they make their selections. Among them: Vermeer, Rembrandt, Manet, Degas, and assorted artifacts. Combined value, a whopping ½ billion dollars.

Theories abound: Boston’s Irish mafia, using the stolen art as barter to buy arms for the IRA, the Italian mob’s warring factions looking for a new revenue stream to buy drugs or use the art as bargaining chips for lesser jail time. As one Boston reporter says, “If you’ve got a masterpiece, particularly one from the Gardner heist, it’s your get out of jail free card.” The former head of Scotland Yard’s Art & Antiques Squad gives a primer on why people steal art and how they use it. “Stolen art travels around the world every day, it’s easy to smuggle, and to use as international currency.” Famous art may be next to impossible to sell, but it makes for great collateral.

It won’t ruin the doc to say that everyone suspected of being involved in the theft is dead or that the paintings are still missing. But hey, if you happen to know where the paintings are, call me. The Gardner is still offering a $10-million-dollar reward, and we can split it. 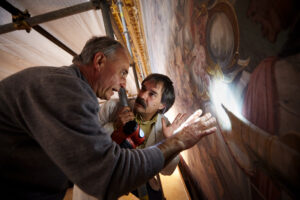 The Lost Leonardo (In theaters)

A documentary of special interest to me (having dedicated so much time to researching Leonardo and the Mona Lisa), this one tells the incredible discovery and journey of the Salvator Mundi (Latin for savior of the world), believed to have been painted by Leonardo da Vinci. Purchased for $1175 and later sold at Christie’s to Mohammed bin Salman, Crown Prince of Saudi Arabia, for $450.3 million dollars, the most expensive painting ever sold at auction. Like the search for the holy grail, this tale of intrigue, international politics, and the power of art, real or fake, is something you’ve got to see to believe. 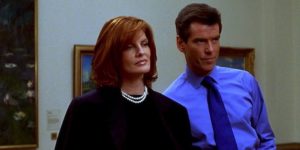 If you prefer fiction to fact, for my money you can’t beat the thrilling 1999 remake of The Thomas Crown Affair, better than the original if you ask me, though I miss Steve McQueen. This time it’s Pierce Brosnan as Crown, the daredevil billionaire art collector pitted against Rene Russo’s Catherine Banning, the smartest, sexiest insurance investigator ever to grace the big screen. Watching these two stars play cat and mouse in Manhattan’s wealthiest zip codes is the ultimate guilty pleasure—maybe not as satisfying as stealing art but a lot less dangerous. The smart art world banter sets the movie apart because they get it right, get that buying art buys you class, and this movie has it in spades. 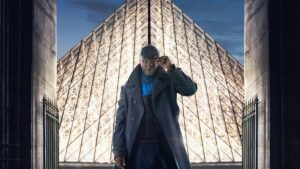 It seems that art is in the air. Lupin, the French television series based on books by Maurice Leblanc captured my attention with its opening in the Louvre, on the Mona Lisa. It’s theft with soul and revenge, and good for a trip to Paris at a time of restricted travel. There’s also the very fun reboot of the old TV series, Leverage, (IMDbtv) with most of the original cast back 10 years later, still playing good-hearted Robin Hood thieves, the premiere a nifty art con involving a 3-D printer that may give real-life thieves way too many ideas. 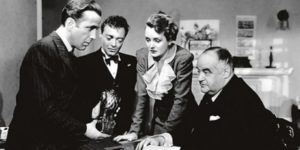 No list of art-related movies would be complete without the 1941 noir classic, the search for an elusive “black bird,” a jewel-encrusted golden statuette known as The Maltese Falcon. John Huston’s directorial debut from the 1930 detective novel by Dashiell Hammett is all low lighting, sharp angles and exaggerated shadows, plot twists and turns, with a dream cast to die for: Humphrey Bogart at his “Bogie” best as the legendary Sam Spade, Mary Astor as a duplicitous femme fatale who never fools Sam, Sidney Greenstreet making his indelible film debut as the “fat man,” and the amazing Peter Lorre, as the foppish Joel Cairo, who steals every scene he’s in. Huston takes much of the dialogue from Hammett’s novel, which is sharp and witty: “I’m a man who likes talking to a man who likes to talk,” and occasionally hilarious:  “When you’re slapped, you’ll take it and like it!” This is noir at its best, with everyone firing on all cylinders, and I never get tired of it.

But if you’re like me, almost any good heist film will do, old or new, art or jewels (Hitchcock’s To Catch a Thief or the brilliant French classic, Rafifi,), gold bullion (The Italian Job, 1969 or 2003, both versions great), bank robberies (the Ocean movies, Out of Sight), and all just waiting to be streamed to your laptop or television. 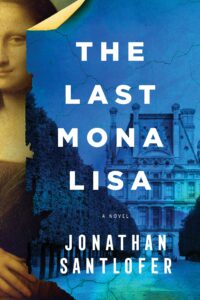 Jonathan Santlofer is the author of 5 novels, The Death Artist, Color Blind, The Killing Art, The Murder Notebook, and Anatomy of Fear, which won the Nero Wolfe Award for best crime novel of 2009. His first novel, The Death Artist, was an international bestseller and translated into 22 languages. Santlofer is the recipient of two National Endowment for the Arts grants, has been a Visiting Artist at the American Academy In Rome, the Vermont Studio Center and serves on the board of Yaddo, the oldest arts community in the U.S. He also serves on the boards of the Mystery Writers of America and the International Crime Writers of North America. A well-known artist, Santlofer's work is in such collections as the Metropolitan Museum of Art, Art Institute of Chicago, and Tokyo's Institute of Contemporary Art. He lives in New York City where he writes and paints. His new novel, The Last Mona Lisa, is now available. 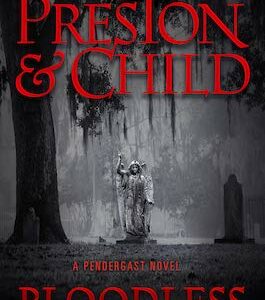 They landed about forty-five minutes later at a remote section of Hunter Army Airfield. No sooner had Coldmoon angrily yanked...
© LitHub
Back to top